What single word could be used to describe city adventures?

I am developing an urban racing simulator in a very "underground" stylized setting. It's name is The Underground King and you have the ability to either:

Doing either of A or B will pass the day since it's assumed it takes all day to perform that action. My issue is that while racing levels are caled Racing, the city action/adventure is called Event which is both too generic, and conflicts with my game engine's internal event systems.

I have tried to find a relevant replacement that is descriptive enough on what it is, whithout relying to medieval fantasy type tropes such as "Adventure" or cyberpunk's very own "Run".

What I could think of / narrow down are: Buisness or Biz, Happening, Venture, Risk, Encounter. Here are some examples of the kind of things you can find:

I am looking for a single word term that can apply to any sort of event as written above which is generic enough to encompass anything you can potentially gain from, but specific enough to represent its something you can pursue or happen to you while you are present in the city. 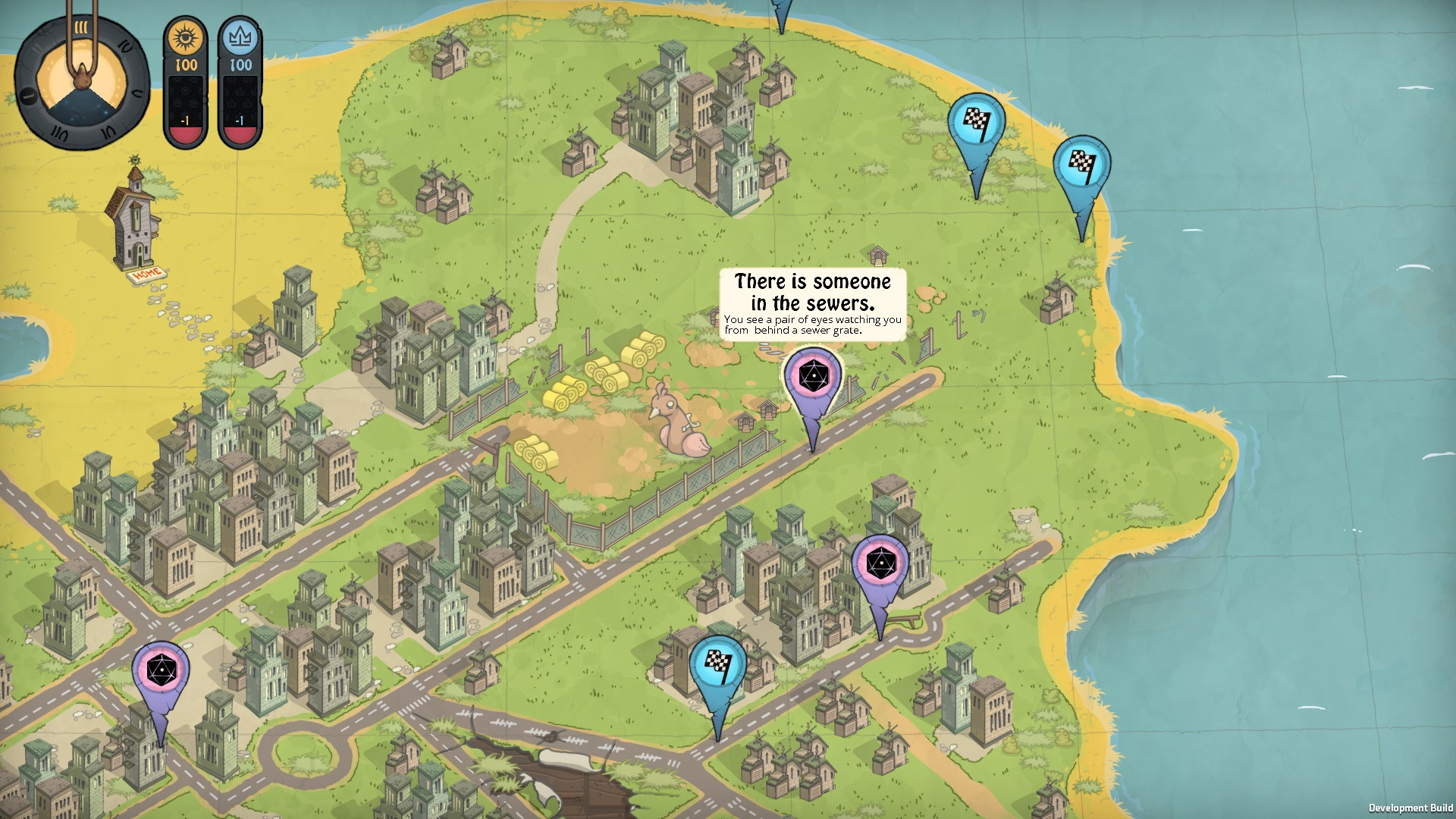 Here are some options:

Not the answer you're looking for? Browse other questions tagged game-design ui-design or ask your own question.

10
What are the common character animation techniques used in tile based hack&slash games?
1
What web technology could I use which would support a decision tree?
4
How can I design loot to be enjoyable to acquire and neither a chore nor frustrating?
0
What category would this asynchronous production economy game fall under?