Why the OnCollisionEnter is not working?

This script is attached to the wall(3D Cube) with a box collider :

A screenshot of the cube wall with the box collider component and the script attached to it. The problem is not with the player since if I'm moving with the player near doors they open so the player does trigger things and also not walking through walls.

NAVI is the one that collide and hit stuff if doors walls not the player since the NAVI is a bit in front of the player.

NAVI have only a box collider : 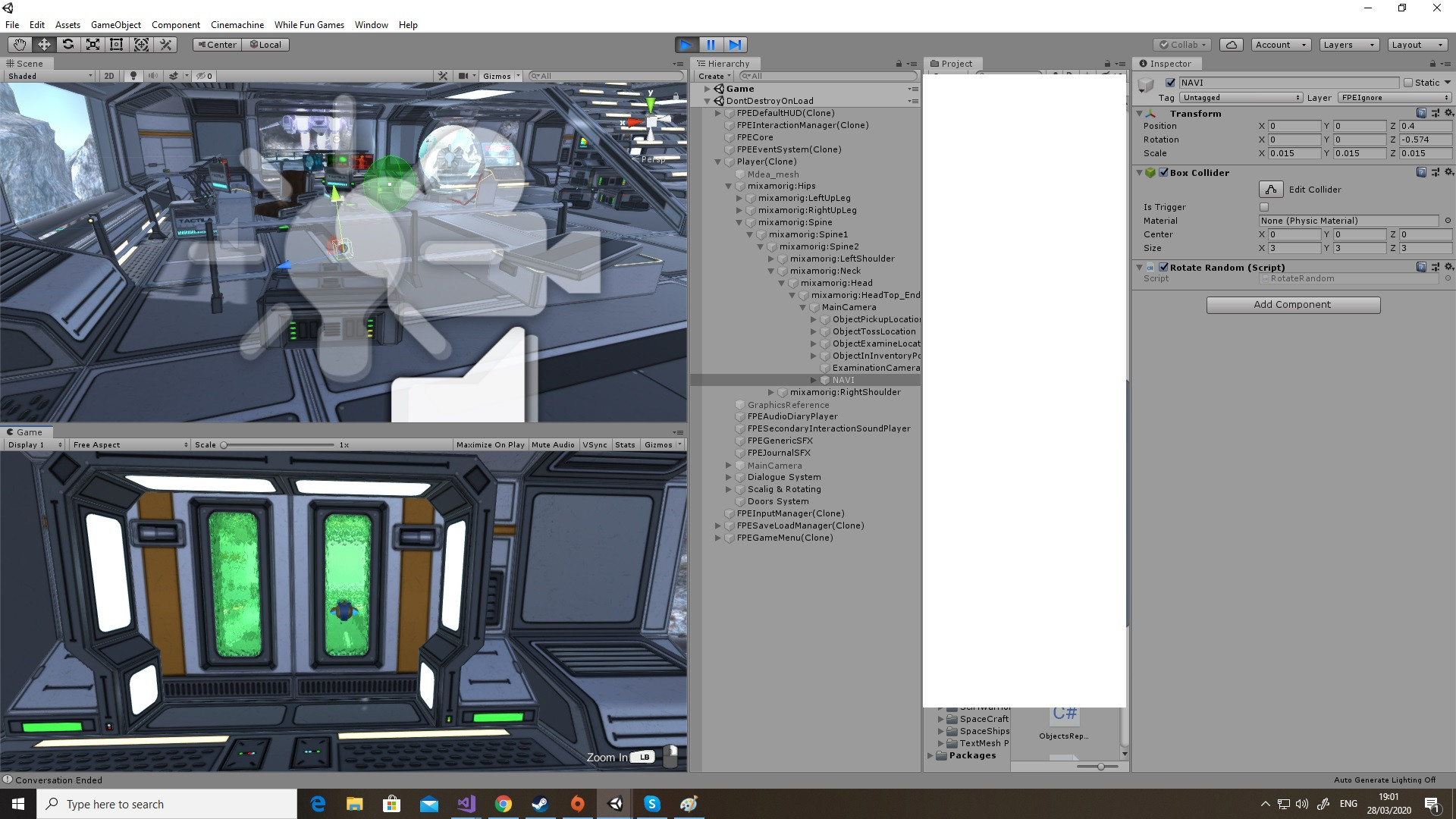 And this is the Inspector screenshots of the player. I will add two screenshots since it's not getting inside in one screenshot :

The player is a first person view : 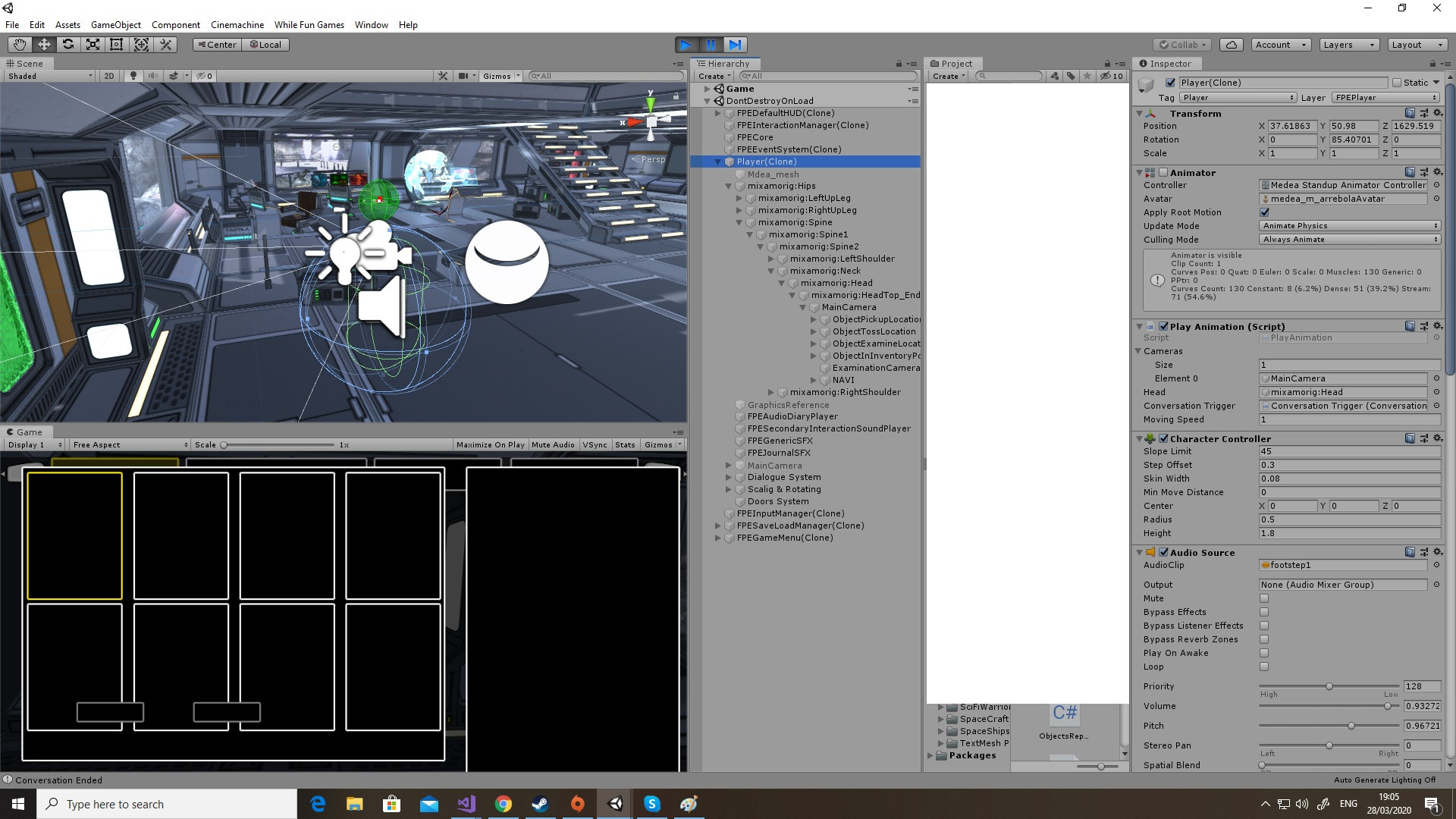 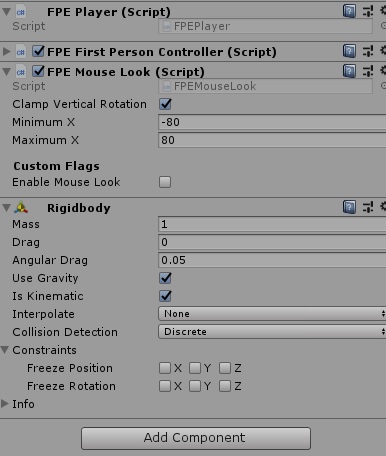 The OnCollision* events are for Rigidbody-Rigidbody collisions. They get called when two solid rigidbodies "bump" into each other.

When you want a "non-corporeal" trigger area, like an invisible zone which opens a door when the player enters it, then mark the "Is Trigger?" checkbox in that collider and implement the OnTrigger* events in its script (Like OnTriggerEnter). Keep in mind that the signature of the OnTrigger methods is different than of the OnCollision methods. While the OnCollision methods receive a Collision object with more information about how the collision occured, the OnTrigger methods only receive the Collider component which triggered it.

Further, take note of the collision action matrix in the documentation. Trigger events are only generated when at least one of the objects involved in the collision has a Rigidbody and the other is either marked as Static or also has a Rigidbody. Usual practice is to add no rigidbodies to trigger areas but rigidbodies to the objects which are supposed to trigger them.

Is the Locked Room Trigger object supposed to be a trigger or a collider? From your question, it sounds like you intend it to be a trigger so you need to check "Is Trigger" on its box collider and use OnTriggerEnter instead of OnColliderEnter.

2
Unity: OnCollisionEnter not called
0
How can I make the droid object to act like a mouse cursor?
0
Player tag does not respond to AddForce
0
Why when drawing a box using LineRenderer the connected points of the lines is not complete?
0
Why the cube is getting to the other cube instead stopping when both colliders hit?
0
Why when increasing the speed it's getting to the max speed but in fact it's not the max speed ? why it's not getting to the value 1 but to 0.999999?