Colliders slightly intersecting each other; any solution? 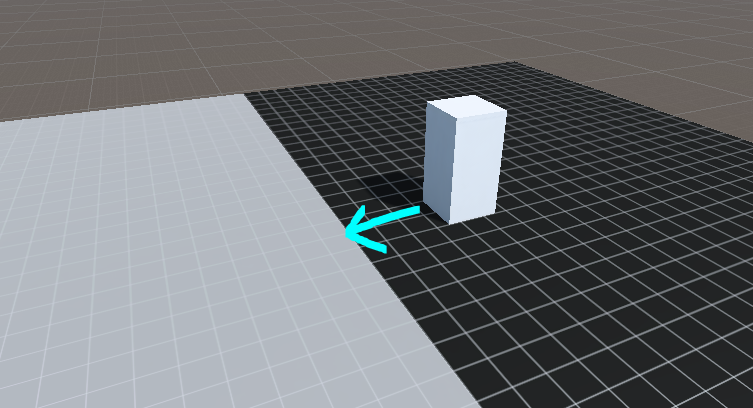 In Unity, colliders slightly intersect each other. Typically, this isn't a problem. However, I want to make a custom character controller using a box collider and not a capsule collider. In the above scene, the floor is divided into 2 objects, each with their own collider. The playercontroller has their own box collider.

And the problem: if the box collider moves forward, it will clip with the seam on the floor, even though both floor objects have the same height. The box will stop moving as if it has run into a wall. If I keep adding force to the box, it will never move forward. It will stay stuck on the seam-- this only exists because the box is slightly inside the first floor collider, and it will hit the second collider of the floor like a wall.

This only occurs because of collisions clipping. With most playercontrollers, a capsule collider is used and thus this problem doesn't exist.

Is there a workaround? How can the box smoothly move across the floor without colliding with the seam?

the box is slightly inside the first floor collider

Is this on purpose? If not, it's not the best solution but maybe you can increase the height of the box just by a bit, enough to make it "float" above the floors and not collide with the seam, but not too much to be noticeable while viewing the scene.

Not the answer you're looking for? Browse other questions tagged unity collision-detection physics movement collider .

4
Floor is made up of tiles with their own box colliders. Pushable item gets stuck on the "seams"

1
How can I unify the collision handling of melee/spell attacks in a networked environment?
0
Unity2D Collision Issue
2
Stuck on walls or sliding on top dilemma
1
Fixing collider for existing scene
0
How can "Box Collider is trigger" apply to the Player, not the enemies (make them collide, not pass through)?
0
Why the cube is getting to the other cube instead stopping when both colliders hit?
0
How to use AddForce on a capsule?
0
My First Person Player Capsule Is Always About 6 inches Under The Floor