new to game development and unity so hopefully someone can help.

I want to make a 2D portrait mobile game that will have a grid of constant size where units can move on in Unity.

This should support different aspect ratios. To do that I was thinking to cut sections at the top and bottom of the screen for smaller aspect ratios. 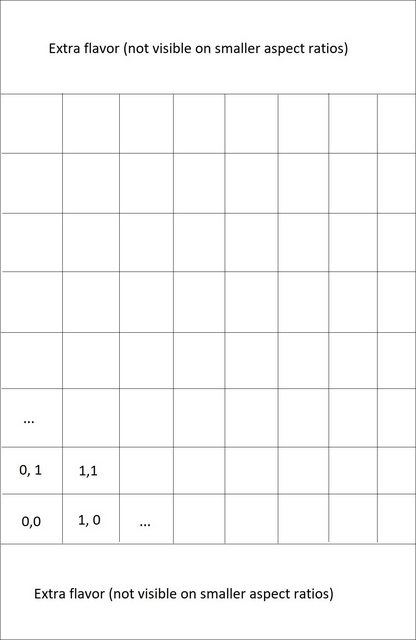 Any thoughts on what would be the best way to do this? Thanks!

Browse other questions tagged unity camera coordinates aspect-ratio or ask your own question.

0
How can I support both multiple resolutions and multiple orientations in a game?
72
How do you handle aspect ratio differences with Unity 2D?
2
How to lock aspect ratio when resizing game window in unity?
1
Error in projecting coordinates from FitViewport to screen in LibGDX
1
Unity: Adjusting 2D physics for different mobile resolutions
1
How to create and choose sprite sheet for different mobile screen resolution in Unity
0
How does Aspect Ratio and Resolution work in Unity?