so.. Following documentation/guides/etc.. I keep coming across the classical node called "Play Montage" which shows one of those Mario Bros pipes as an icon.

Could anyone help me out here and illustrate the real difference between all 3? Thank you :)

This is the old one:

These are the new ones: 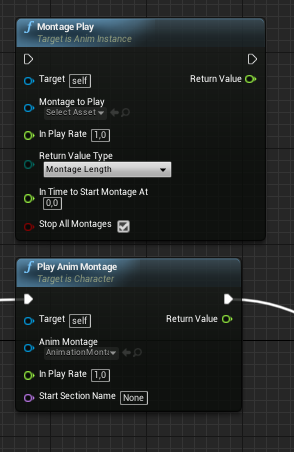 Browse other questions tagged animation unreal blueprints or ask your own question.