Animation shown as playing in the animator, but it doesn't show in game (Unity 2D/C#)

I have an Animator on this gameObject. The Animator hits one state when some parameters are true, it can transition to this state from any state. The parameters are fine because i can see in the animator that the state is getting hit when i want it to. The blue progress bar is showing, but the animation doesn't play on the screen in the game, it just shows the state before it. I have tried changing exit time, apply root motion, update mode, static batching. Nothing works Help pls internet gods

As requested here are some images, first this is my animator and the transition that is set up: (I have also tried this with the same transition but from flies buzzing directly and the same behaviour happens)

Also here is what the animation state looks like and the preview of it, showing that it works in scene (just not in game)

And here's how it behaves in game, as you can see the blue bar is progressing (and this is going into the state at the correct time, after dealing 2 damage to the fly, isDead gets set to true). However the only animation that plays is the fly buzzing one. 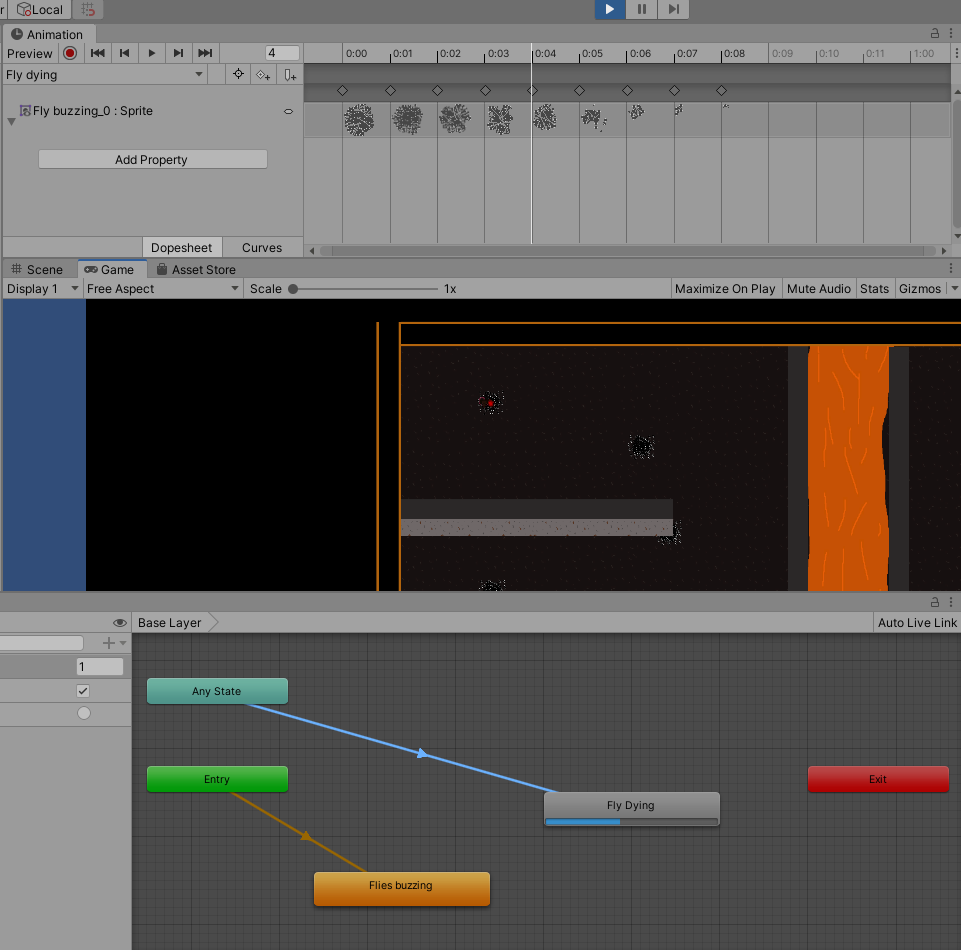 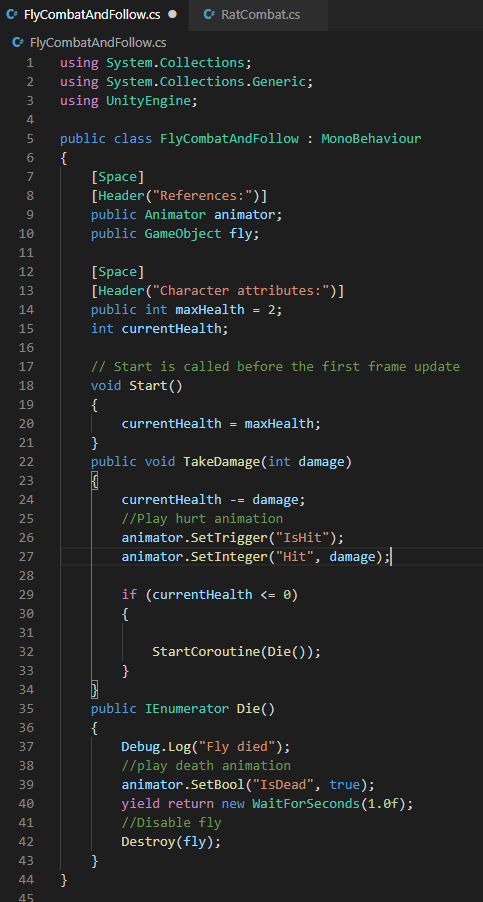 Browse other questions tagged unity animation state animator or ask your own question.

0
Get enum value “string”, and get int value of that
0
Unity 3d shooter tutorial animation
1
Cant make animation play continuously in Unity?
0
Play animation with the help of the animator once, wait until it ends playing and continue script code
2
Playing animation on button press with a condition
0
Trying to add my model's animation to the animator in Unity but it doesn't work?
0
Instant Animation Transitions? Nothing I read about is working
0
How to make an action perform only after an animation has run?
0
Unity Animator animations fail to play only when triggered by user input