rigidbody cube falls off the ground 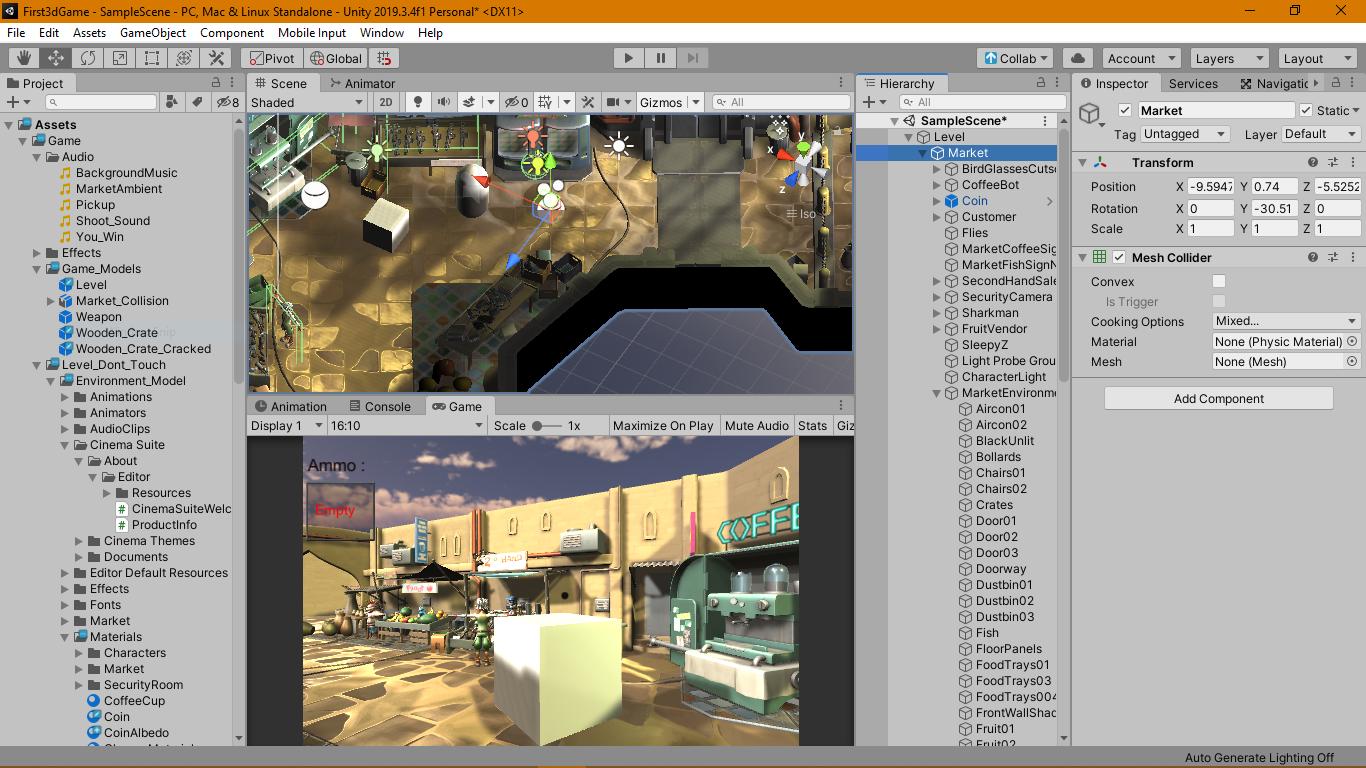 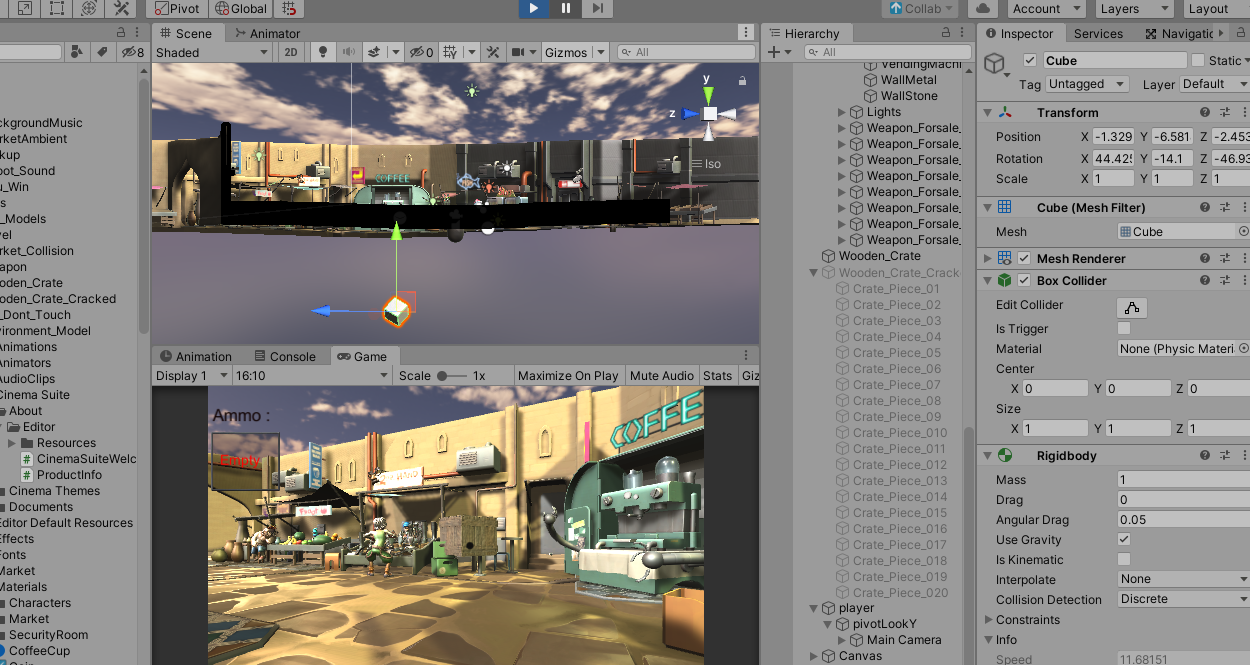 Inspite my ground and cube contains colliders as i apply rigidbody it falls down....use gravity

A mesh collider is not the best solution here.

For one, they're unnecessarily expensive for collision with a flat ground plane. You're searching a polygon soup for a collision when you could be doing a cheap primitive check.

Second, a (non-convex) mesh is infinitely thin — it has no inside/outside that the physics engine can use to detect penetration.

So if your cube spawns even a millimetre below the surface, the physics engine just knows there's an intersection. It doesn't know which way to push the cube to get it "outside". So it's as likely to tunnel through the mesh and fall out the bottom — that's just as valid a way to resolve the intersection from the physics engine's point of view.

Instead, create a box collider under the floor of your market, and give it some thickness so it can catch even a fast-moving object falling into it. A primitive collider like this has a defined interior, so if the cube ends up anywhere inside that volume the physics engine can still detect the penetration and push it back out in the right direction.

Not the answer you're looking for? Browse other questions tagged unity c# collision-detection physics .

7
Character bouncing off ground due to gravity
2
unity sphere falls through the plane
1
Keeping object a fixed distance from the ground, buggy behavior
0
OnTriggerEnter() without rigidbody?
0
Why is that when I use Rigidbody the object falls through the floor?
3
With gravity enabled, how do you move a RigidBody forwards at a specific speed?
0
2-D character not falling to the ground
0
Why the cube is getting to the other cube instead stopping when both colliders hit?
0
Improving Rigidbody collision between real-time movable object and other Rigidbodies
0
Player clips into the ground when I press the restart button