I'm working on having a sticky conveyor belt, so that objects can also go around it. But my objects currently get stuck half way, as seen in the picture.

This is the movement code of the conveyor belt.

And the code taking care of the rotation to the surface.

If someone has pointers as to why this happens, that would be great. I kind of have an idea, since the transform right of the conveyor code is pointing inwards at this angles so the movement doesn't happen around the belt anymore, but I exhausted my attempts to fix it...

Edit: After DMGregory answer a new issue appeared. As soon as the cube starts to adjust to the spheric surface it is not exactly on the mesh anymore, which triggers my on collision exit code and stops movement on the object. I have some code that is supposed to stick the object to the belt, but that doesn't seem to work? 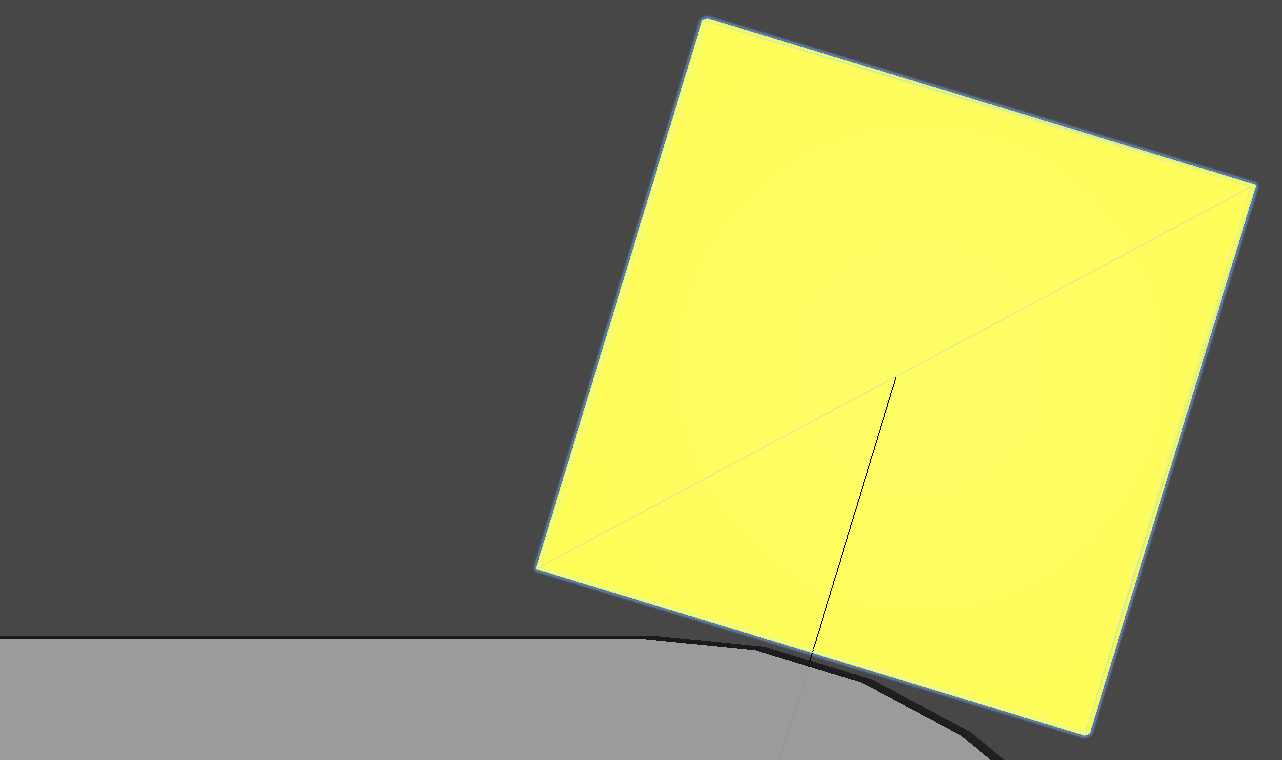 Remember that transform.Translate operates in the object's local space by default.

So you either want to specify you're moving in world space:

As an aside, I'd recommend renaming your _speed variable to something like shift, offset, or travel. After multiplying by delta time to integrate it over the frame, it's no longer a rate of change over time (speed) — now it's an absolute increment.

9
Xbox thumbstick used to rotate sprite, basic formula makes it "stick" or feel "sticky" at 90 degree intervals! How do you get smooth rotation?
1
How to completely stop the camera from clipping into the ground