How to control which path a unit will take?

This might be a really easy solution that I probably just do not know due to lack of experience so thanks for any and all the help. TLDR at bottom of post.

I'm still learning Unity / C# and I am following Brackey's Tower Defense tutorial series while adding my own twist. The tutorials use levels with only 1 available path for units to walk along. However, the game I am currently developing has 3 separate paths that units can walk along.

Essentially, the game is similar to the mobile game Clash Royale with 3 lanes except it is also a tower defense.

Here is the current layout: 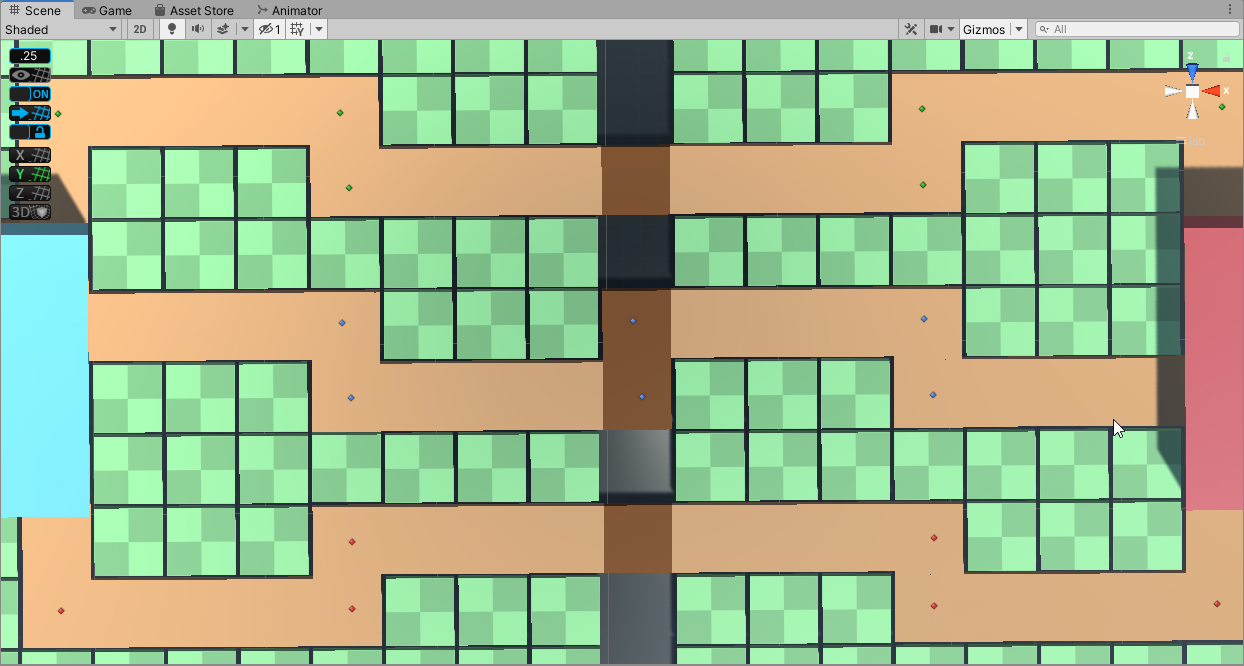 The different lanes are empty gameObject labeled as Path1 (red), Path2 (blue), and Path3 (green). The nodes laid out in each path are all children objects of their respective path.

Each of the parent path objects contain the following script:

Now, following the tutorial, I have also successfully added an enemy that contains this EnemyMovement script:

Now, as it currently stands, whenever I have an enemy present on the field, it will successfully run down path2 (blue nodes). However, it will ONLY run down path2. I would like to be able to decide which path the enemy will take. Eventually, the enemy's actions will be decided by an Enemy AI.

The player will also be able to spawn units and will be able to decide which path the unit will travel.

TL;DR: Following Brackey's Tower Defense tutorial. Currently, enemy will always default to path2. I need to figure out how to have control over which path, out of 3 options, an enemy or friendly unit will take.

There are many possible solutions to your problem. Some will be more reusable and flexible but for now, let's keep it simple and go with only few changes:

For now I assume it is ok for the enemy to just pick one of the three paths randomly.

First, store all paths' waypoints in an unique Transform[] array within a list:

Next, modify your enemy script to randomly pick one of the available paths and then use the points of the picked path:

Note that the number 7 should not be hardcoded in your script since the number of waypoints can change. Therefore I use the waypoint arrays Length-1 to get the last waypoint in the path array. This is also dependant on the order of your waypoints in the Gameobject hierarchy.

Regarding the Random.Range(): As stated in the documentation for integers this returns a random integer number between min [inclusive] and max [exclusive] (not so for floats). So we can use it to select an existing path from our pathPoints list.

In a different approach (much more changes) you could make the Transform[] points non-static. Then in your game manager / enemy spawner assign references to each of the waypoints in your scene. The manager can then tell the newly spawned enemy which path to take.

1
How to differentiate between instantiated objects in Unity?
1
How to synchronize a parent and child position?
1
How to completely stop the camera from clipping into the ground
4
Why is my A* algorithm is not taking future obstacles into consideration?
0
3D A* Pathfinding Algorithm Help
0
How to assign an index to different node clusters? (for pathfinding)