How would one go about creating this effect in their graphics solution of choice?

The gifs might take a little while to get started. I couldn't get them to each be under 30 mb :(

The balloon of the Odyssey doesn't "exit dithering" until the camera is a good distance away from it. This could mean dithering is calculated based on object distance from camera, instead surface distance.

Flag starts out with a small dither density, and Mario has no dithering applied to him. Once the flag is fully opaque, Mario becomes dithered, but only in the portions that is covered. Also note Mario's coat tail has the "transparency dithering" applied to it. How are the object's shaders structured to allow this compound effect?

Below is a blown up image of Mario being dithered. Notice how dithering exists in intersection regions, and when behind objects! 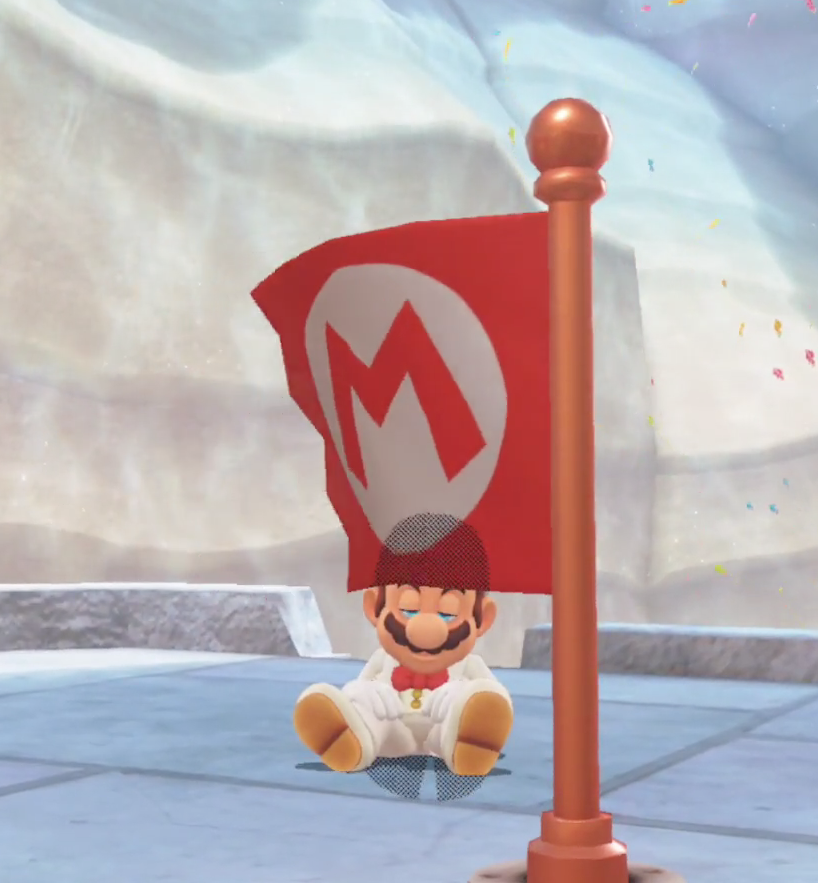 Browse other questions tagged graphics graphics-programming or ask your own question.

4
Reflections based on distance from plane
6
What is the edge glow shading technique used in Super Mario called?
2
How do I quantize an image into an arbitrary bitdepth with dithering?
0
What image format supports transparency in Android?
2
OpenGL - have object follow mouse
1
Change transparency of image at runtime, LOVE2D
6
Ordered dithering between "discrete" colors?
2
Strange realtime shadows in Unity3D