I am using Android studio (libGDX), and I can't figure out why alternative paths doesn't work. I've tried it as it said in the book, but it doesn't do anything, it shows a black window and than the program exterminates. If the .png file would be in the .../android/assets/ folder, it wouldn't work either.

This is what the book wants me to do it:

This is the shortest form that works for me: 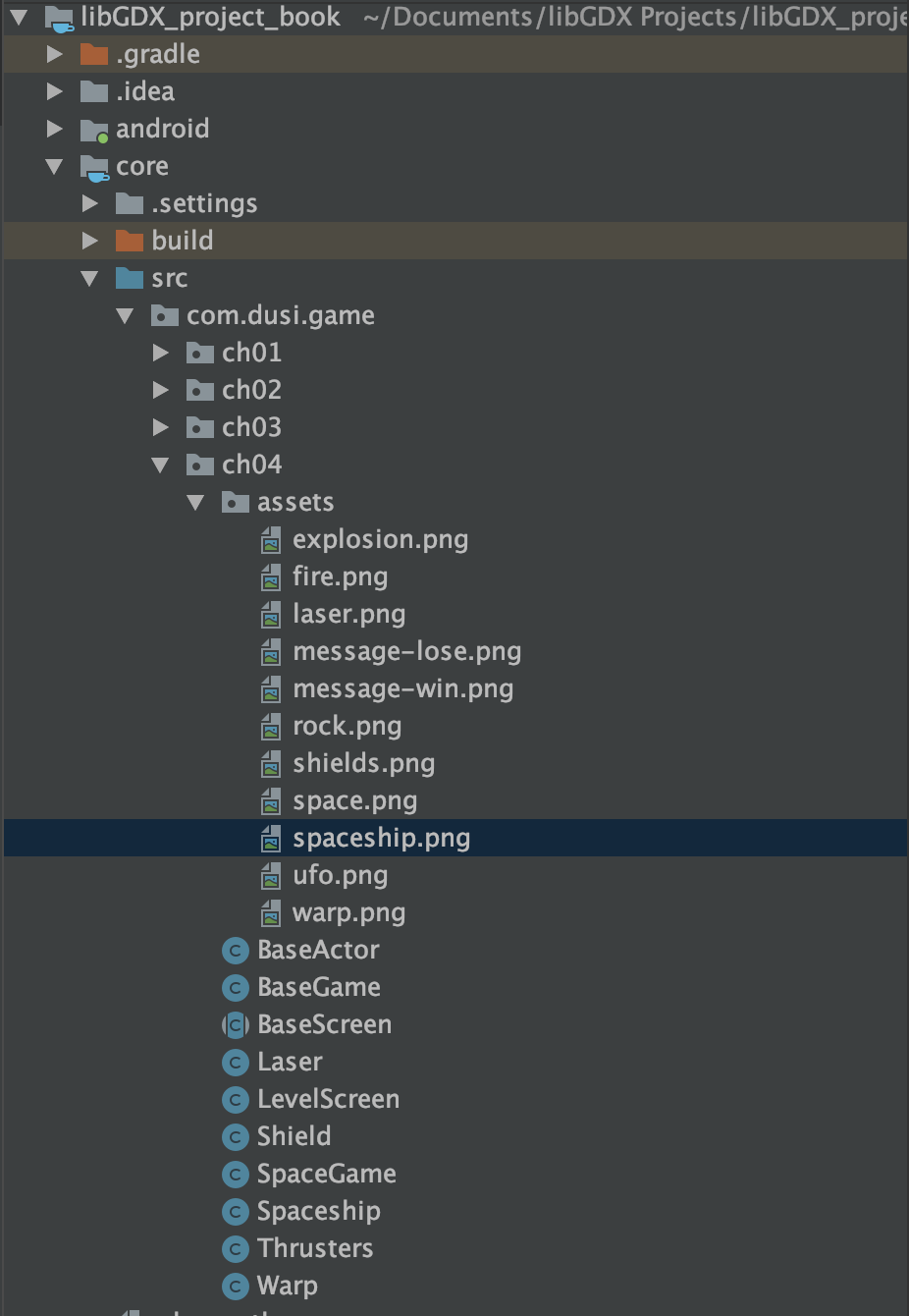 For a Desktop Application
If you are working on a desktop app it has to do with the Run/Debug Configuration: 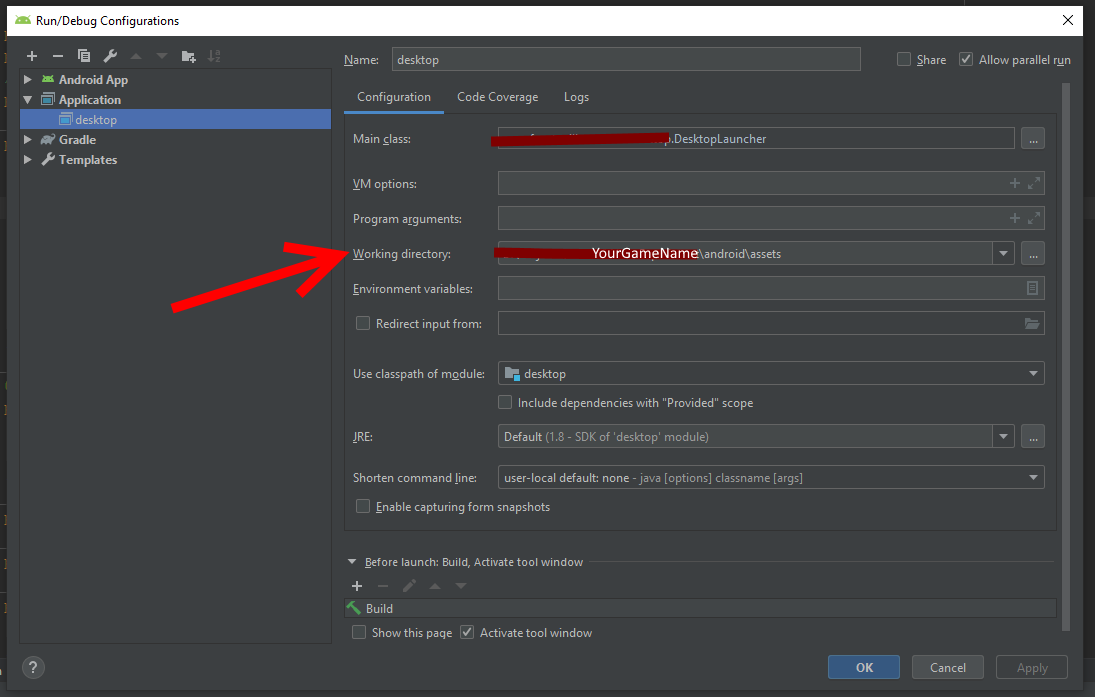 Not the answer you're looking for? Browse other questions tagged java libgdx path or ask your own question.