I'm working on writing my own COLLADA importer. I've gotten pretty far, loading meshes and materials and such. But I've hit a snag on animation, specifically: joint rotations.

The formula I'm using for skinning my meshes is straight-forward:

And as far as the literature is concerned, this is the correct formula. Now, COLLADA specifies two types of rotations for the joints: local and global. You have to concatenate the rotations together to get the local transformation for the joint.

What the COLLADA documentation does not differentiate between is the joint's local rotation and the joint's global rotation. But in most of the models I've seen, rotations can have an id of either rotate (global) or jointOrient (local).

This is without using global rotations: 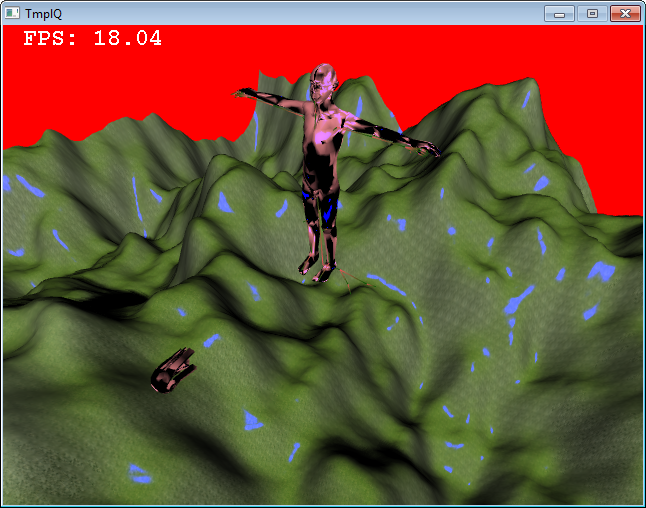 And this is with global rotations: 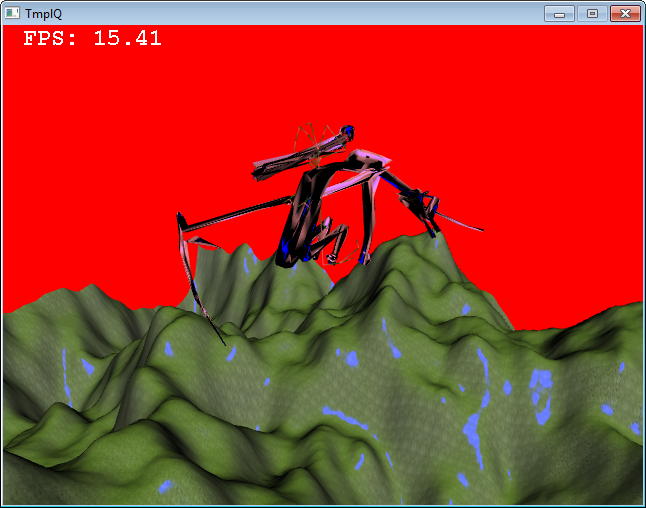 In both screenshots I'm drawing the skeleton using lines, but in the first it's invisible because the joints are inside the mesh. In the second screenshot the vertices are all over the place!

For comparison, this is what the second screenshot should look like: 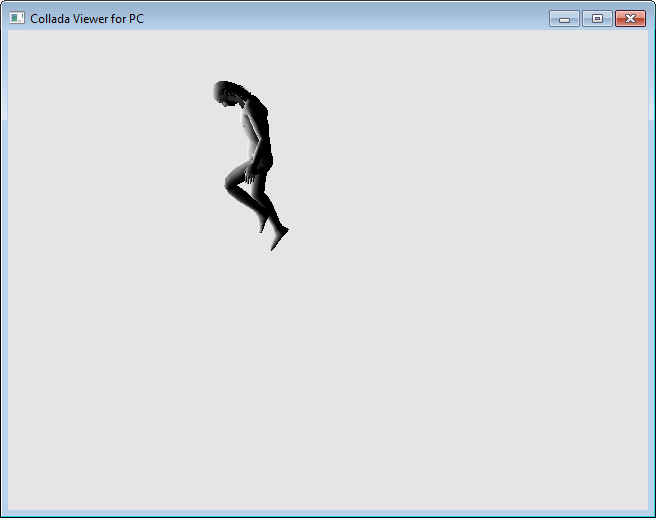 It's hard to see, but you can see that the joints are in the correct position in the second screenshot. 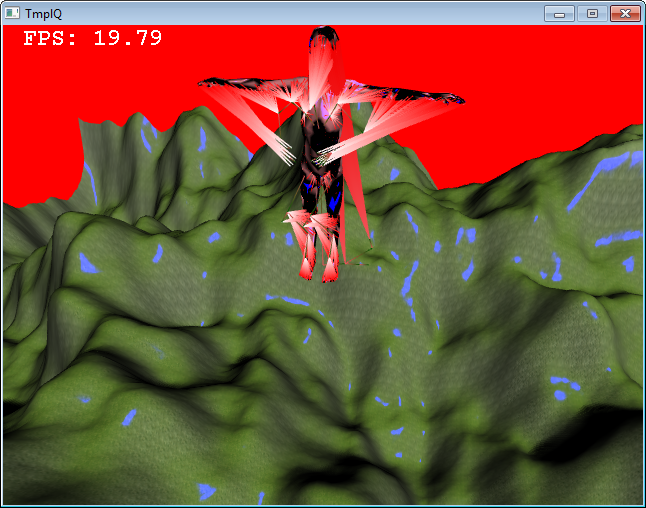 In this screenshot I'm drawing a line from each vertex to the joints that have influence. The fact that I get the bind pose is not so strange, because the formula now becomes:

But it leads me to suspect that COLLADA's inverse bind pose is in the wrong space.

I started by comparing my values to the ones I read from Assimp (an open source model loader). Stepping through the code I looked at where they built their bind matrices and their inverse bind matrices.

Eventually I ended up in SceneAnimator::GetBoneMatrices, which contains the following:

I checked the values of these matrices to my own (oh yes I compared them in a watch window) and they were exactly the same, off by maybe 0.0001% but that's insignificant. So why does Assimp's version work and mine doesn't even though the formula is the same?

Here's what I got: 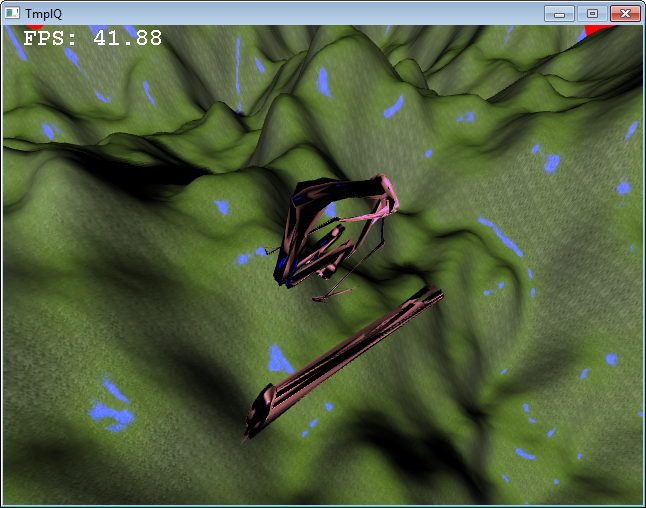 When Assimp finally uploads the matrices to the skinning shader, they do the following:

Waaaaait a second. They upload them transposed? It couldn't be that easy. No way. 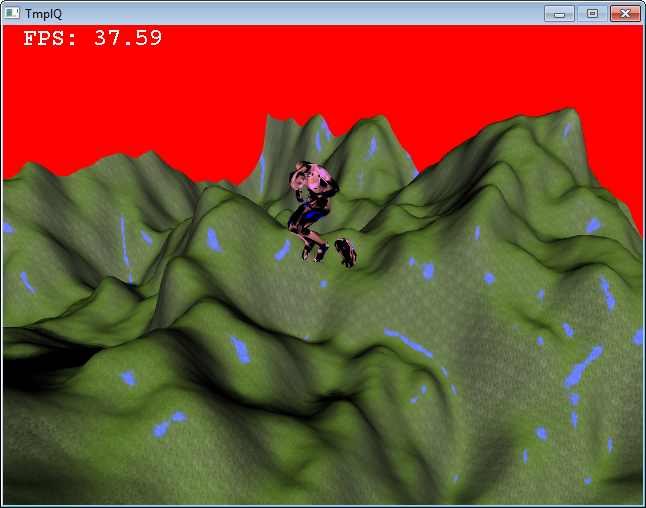 Something else I was doing wrong: I was converting the coordinates the right system (centimeters to meters) before applying the skinning matrices. That results in completely distorted models, because the matrices are designed for the original coordinate system.

Not the answer you're looking for? Browse other questions tagged mathematics matrix collada spaces skinning or ask your own question.

4
How do I calculate an inverse bind-pose matrix for COLLADA?
26
Transform Matrix multiplication order
1
Trouble with Collada bones
1
Terminology for the way Transformation Matrix Data is treated
1
Vertex Skinning, Bone matrices question
1
Mathematics: matrix-to-quaternion conversion in left-hand coordinate system
0
Inverse transformation matrix for checking whether a point is inside a rect
6
instancing and GPU skinning