How can I insert a prefab instance programmatically inside the Canvas, in the bottom-left corner of the Canvas?

I am trying to create the Snake game in Unity, based on this video tutorial. I have also viewed this tutorial.

I have created the new project with the 3D template and manually added the Canvas. I created a prefab from an Image which loads a texture from the Assets. I have this code:

If I manually add a prefab instance to the Canvas, it is positioned as I want: in the bottom-left corner. But the script above, attached to the Main Camera object, creates the Image objects starting from the center point of the Canvas towards the top-right corner of the Canvas.

In the example shown here, I also added a new prefab instance to the Canvas in the Unity editor. It is positioned correctly even when play testing but the ones added with the script are shown somewhere else. 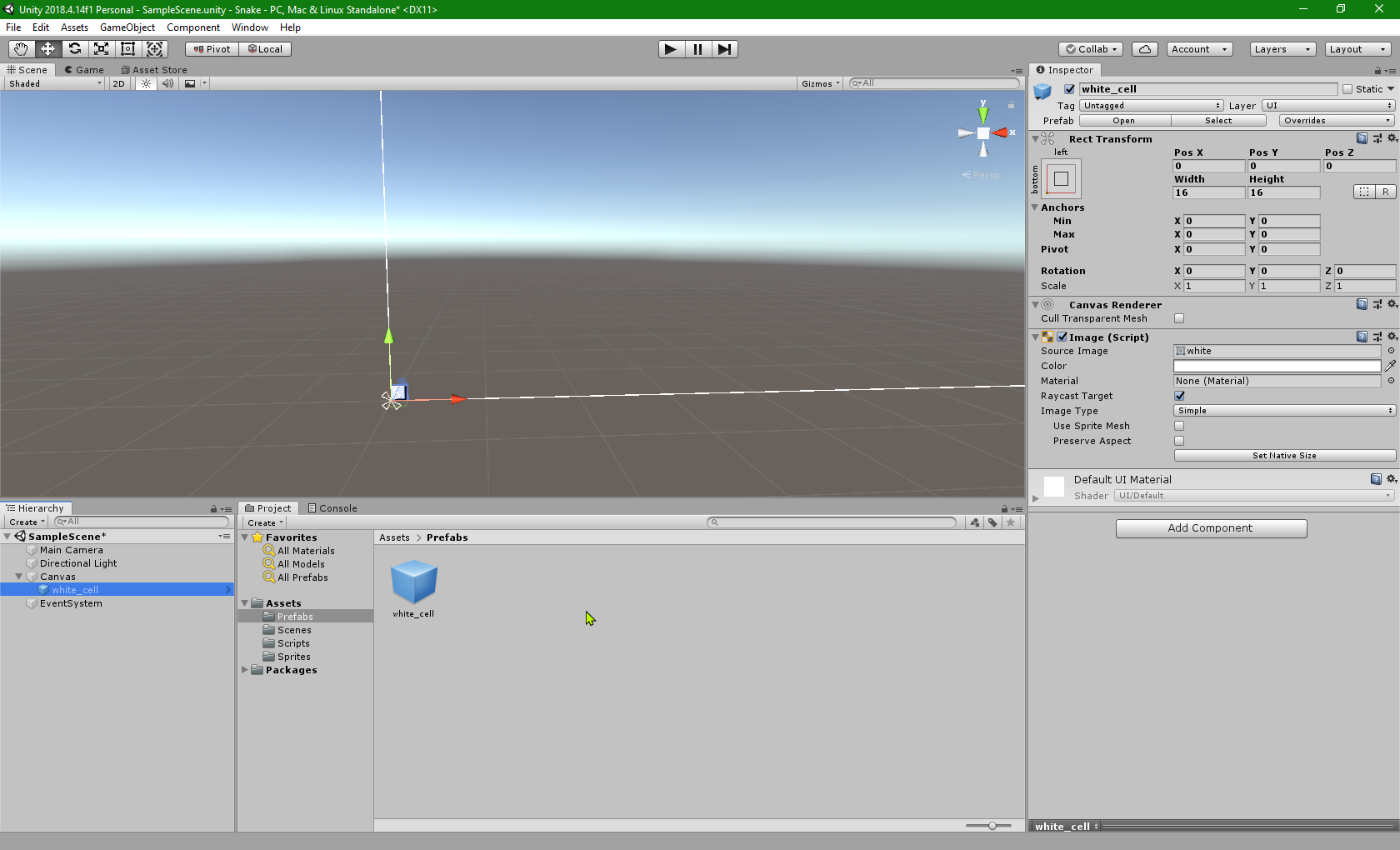 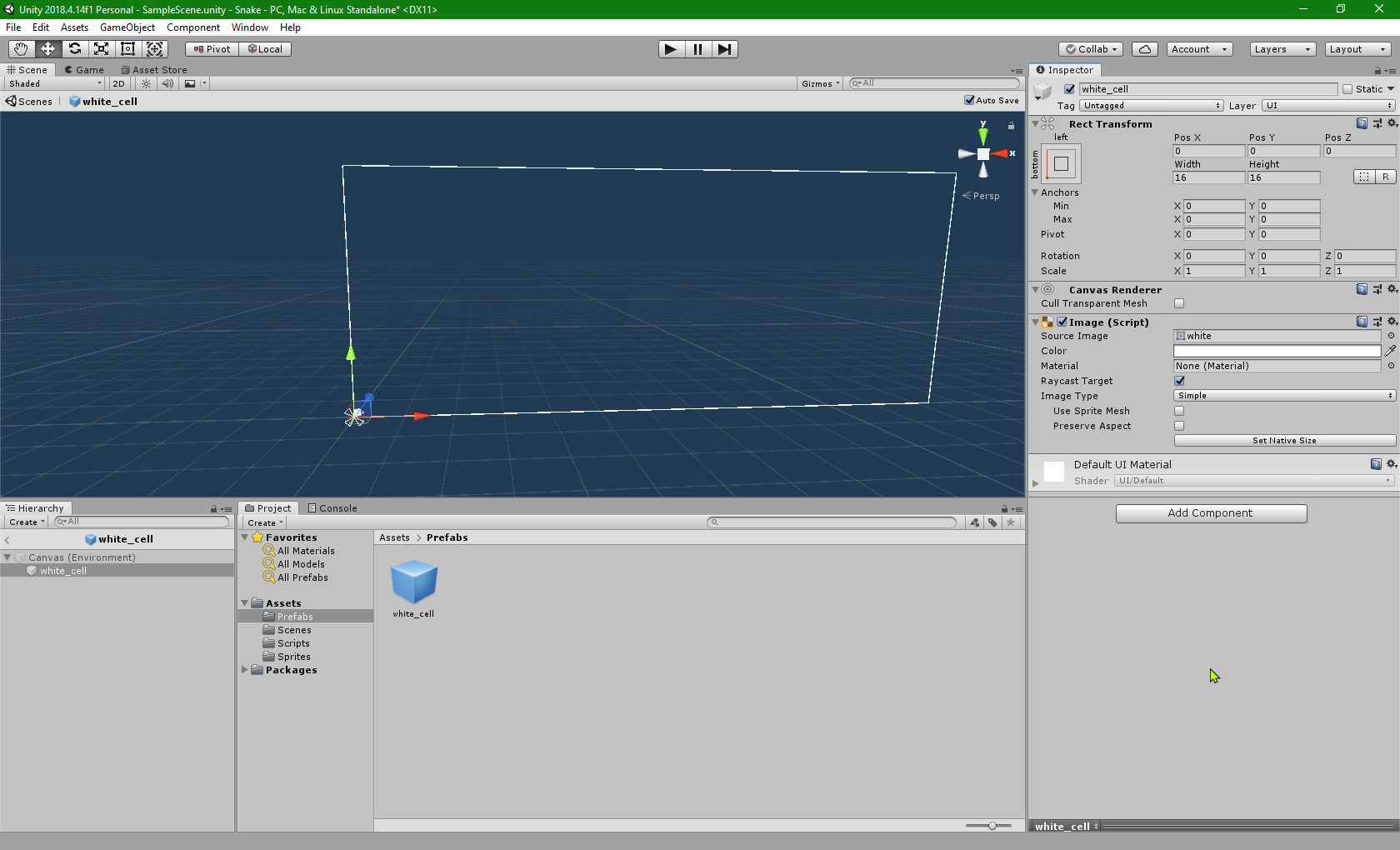 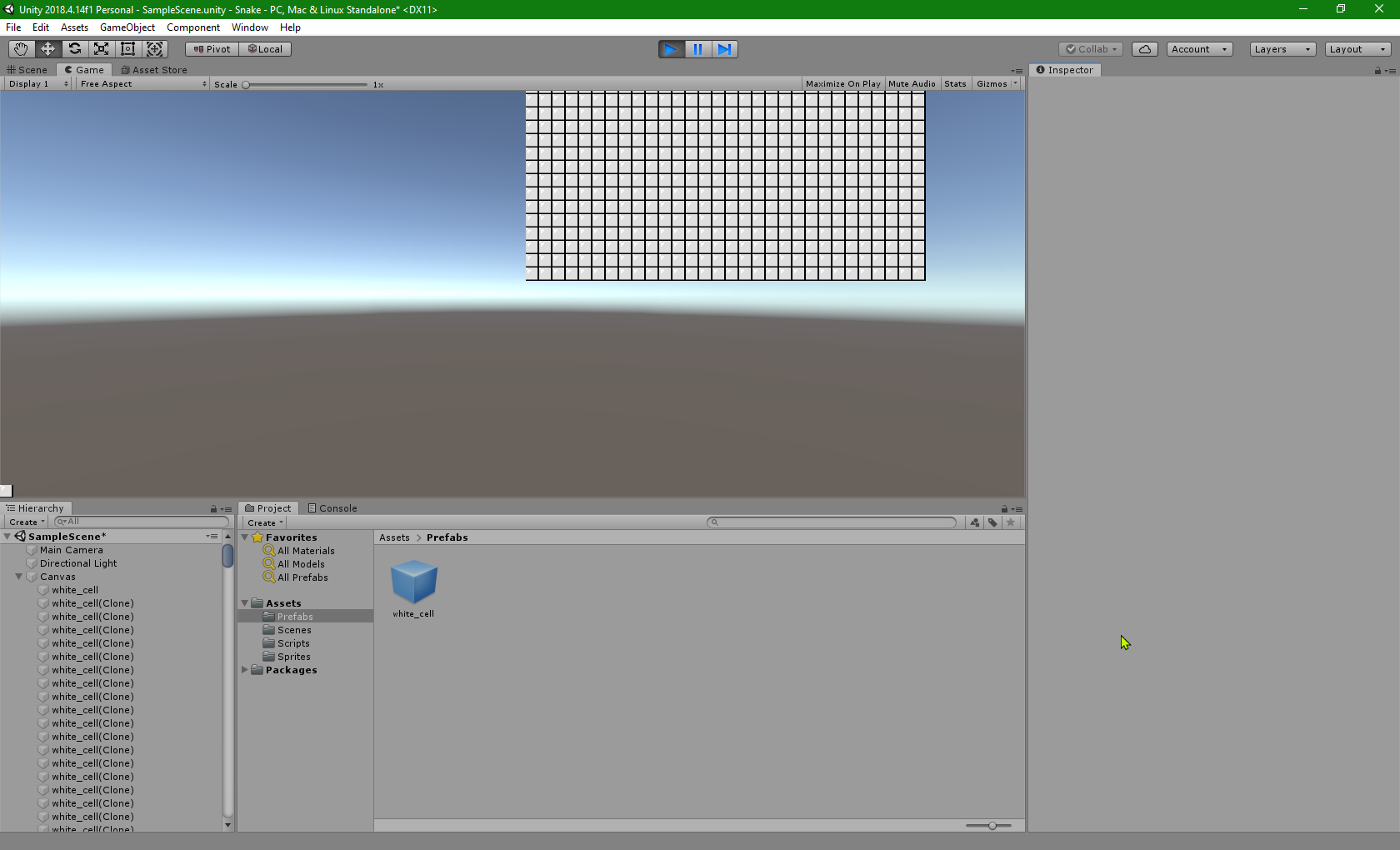 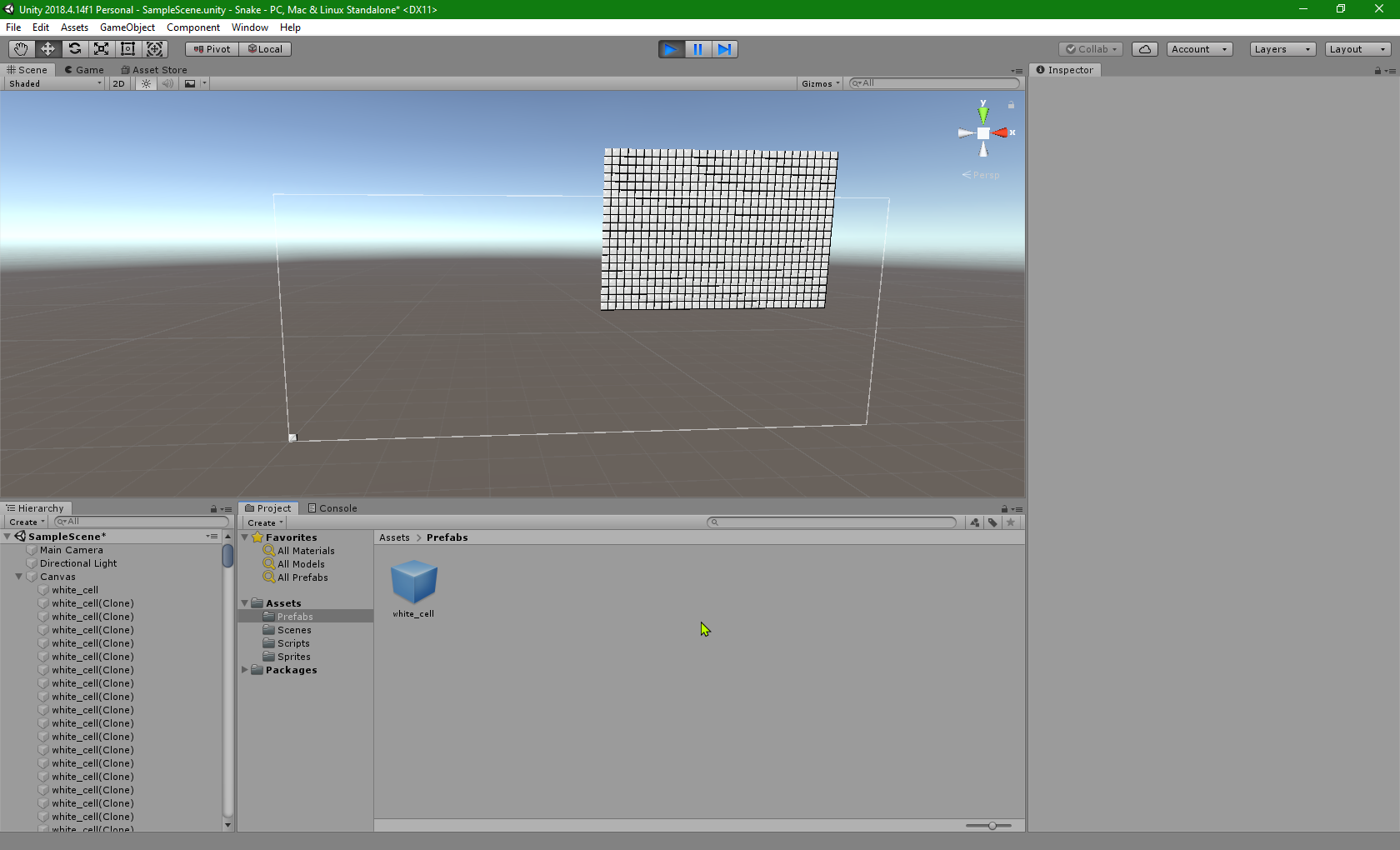 I tried to explain all the steps involved in my problem above, but here is the repo with my problem.

Since you are already parenting the prefabs when you set localPosition that is relative to the center point of the canvas.

You need to set he position and NOT the localPosition like this:

To clarify things further please add this script to your white_cell prefab. It will allow you to see the difference between localPosition and position of each prefab during runtime and designtime.

Not the answer you're looking for? Browse other questions tagged unity c# gameobject prefabs .

1
Unity scaling instantiated GameObject at Start() doesn't "keep"
0
OnMouseUp not working in unity
0
Unity Destroy Unused GameObjects
1
Help creating combat for collection type game
3
How to completely stop the camera from clipping into the ground
0
Cannot set SerializeField in Unity editor
3
Change Text - Inside A button, inside a Canvas, inside a GameObject: Access all the texts inside of hierchy?