Blender 2.80 introduced EEVEE, a new realtime renderer, and after interacting with it for a while I was impressed by how well it handles particle hair in terms of performance and visuals. It even manages to reflect light through SSR. 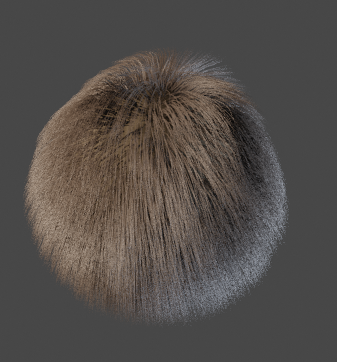 Blender isn't a game and they probably have different concerns and priorities regarding the performance of the application, so this might be a good reason not to see this being implemented in games right now but still, seeing how well EEVEE manages it and also knowing that games have user-customizable graphic settings, I don't understand why we're still using planes with textures and other techniques like that as our best effort for realtime graphics in games.

Of course having one million strands makes even Blender struggle to keep a reasonable framerate, but a game probably wouldn't need such a dense hair to look convincing and could cheat by having baked hair textures on the scalp in case gaps become visible close-up.

A friend of mine has said Nvidia HairWorks accomplishes just this, but looking at some screenshots I doubt that's the case (if it is, then maybe the technology has evolved a lot lately and nvidia has some catch up to do? I don't know but from what I've seen it doesn't look that good).

So, why isn't particle hair more popular in games?

Browse other questions tagged graphics particles or ask your own question.