I am currently trying to understand the following wierd result. This is basically from deferred shading in monogame/XNA. For Comparison I also write the ViewSpace Position in a Buffer and the ViewSpace Depth in another buffer like so: 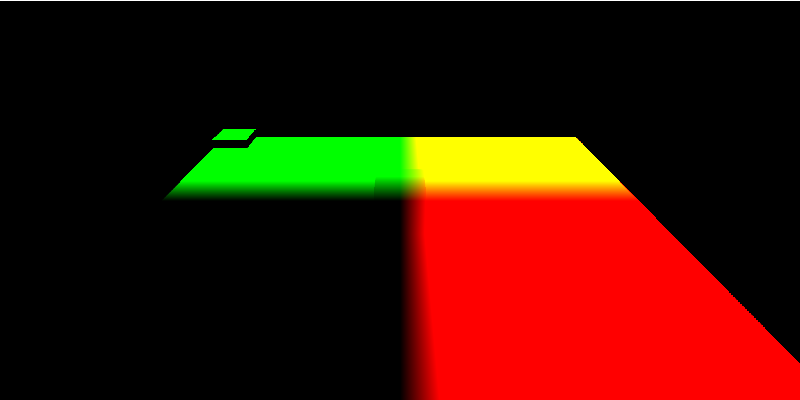 What I do now is I calculate the CornerFrustum on the CPU:

The Fullscreen-quad is aligned with that frustum in mind:

now in the VS I get the ViewRay / ViewDirection like this

I should now have the ViewPosition of that pixel, right?

I am now converting this back to screen by

if I now output that position to the screen I get this: 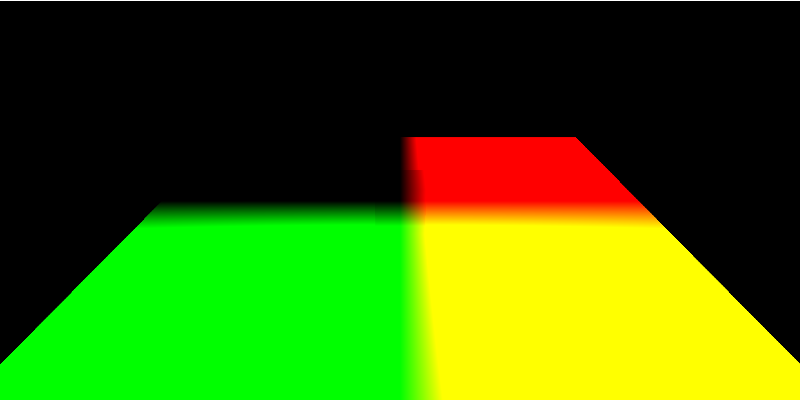 as the colors suggests, the Y-Axis is inverted? (It's negative now, so the corresponding channel is clamped to 0 in the output, basically inverting the colors)

This gives me trouble now, because as a consequence (this is used in a SSAO shader) the SSAO samples (hemisphere) are moved along the inverted y-axis as well.

I fear I am missing something, because the generated UVs are actually correct. As they sample the correct piece. If I use those "ScreenUV" to sample from the PositionBuffer I do get the correct result (the exact same as the first image). I just cannot understand, why the position is inverted in the y-axis (it's now pointing down instead of up.

There is a coordinate system change between DX and GL since monogame can use either under the hood. This is normally taken care of internally however there are some things that the user must deal with such as passing static or global shader variables. Any thing that monogame cannot know the intended use of, so they fall thru the cracks into the default behavior.

That can result in what is seen in your example.

The positional realignment is as follows and will not be required on the converse platform gl vs dx.

Not the answer you're looking for? Browse other questions tagged shaders monogame hlsl ssao or ask your own question.

8
Strange SSAO effect (wrong position/normal textures in view space?)
2
Issues with depth calculation in HLSL shader
2
Why does VertexPositionColor seem incompatible with Monogame?
5
Shader / Reconstructing position from DEPTH in VR through Projection Matrix
0
Specular light for DirectX11
0
Texture blends into one single color
1
How to write depth texture and read values from it