I'm calculating spherical UV coordinates in a loop, trying to get GCC to vectorize the code.

Here's a compile-able example of what it looks like.

But the inverse trig functions are keeping it from being vectorized, as per GCC's report:

Which is understandable, I don't think there's any hardware implementations of those functions.

Edit: There is for Intel.

In game development, how is this kind of issue dealt with? I could think of two approaches:

A quick google search led me here, where I found an atan approximation.

And from the comments, another approximation.

But looking at the graphs, I don't think they're going to be suitable for texture mapping. Here's a picture, where: 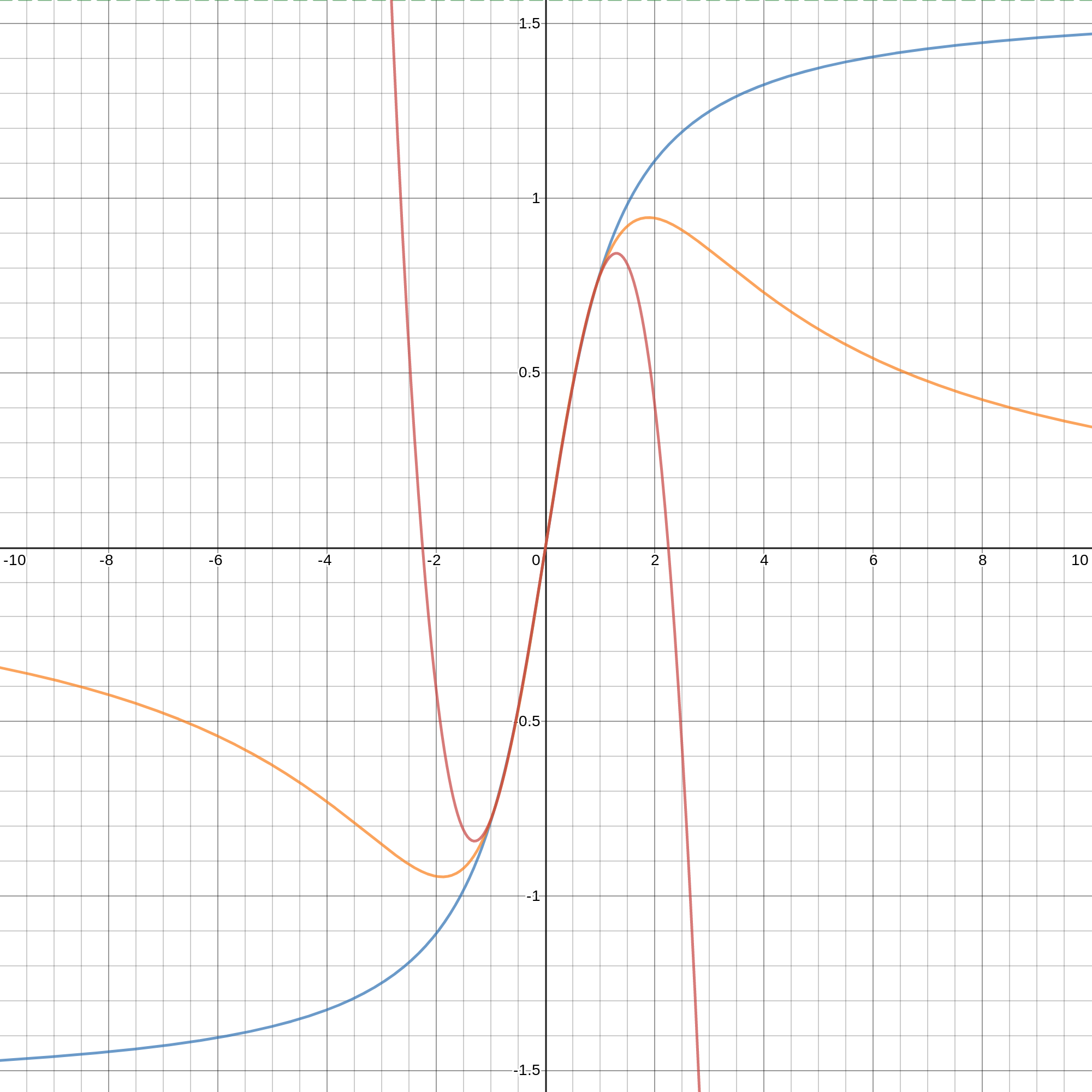 The approximations are only decent in the domain [-1, 1]. So just to restate my question, how is this dealt with? Is there a way to vectorize these trig functions? Do people generally just accept the bottleneck?

Second, you could nudge the compiler even more towards SIMD by supplying your input as structure-of-arrays.

Note the use of __restrict__ to tell the compiler there is no overlap between the arrays.

And if the compiler still fails to vectorize, there are always intrinsics if you don't mind hardcoding for the CPU architecture.

Not the answer you're looking for? Browse other questions tagged c++ uv-mapping trigonometry simd or ask your own question.

1
Should SIMD be used by people who are new to game development?
2
UV Atlas Generation and Seam Removal
9
How to compute tangent and bitangent vectors
1
Inverse kinematic joint limits
1
How to use GLM Simd using GLM version 0.9.8.2?
1
Find vector tangent to circle through a point