So I've been working on a mobile-based platformer for a few years now. I've spent more than a year optimizing the game for mobile as much as I could. Almost every single one of my meshes are using Mobile/Diffuse shader. When I test the performance of my game (on my phone) with the profiler, the frame rate stays at clean 60 fps for the most part. The CPU time fluctuates between 16 ms and 17 ms. The rendering statistics are also excellent, with draw calls fluctuating between 18 and 25, triangles fluctuating between 1.0k and 2.0k and vertices fluctuating between 2.0k and 3.1k. Below is a screenshot of the Rendering profiler when the game is running smoothly. I believe that for a mobile device, these should be very good numbers.

However, every now and then, I see a spike in the profiler window (see below):

According to the profiler, the spike is being caused by Render.OpaqueGeometry. 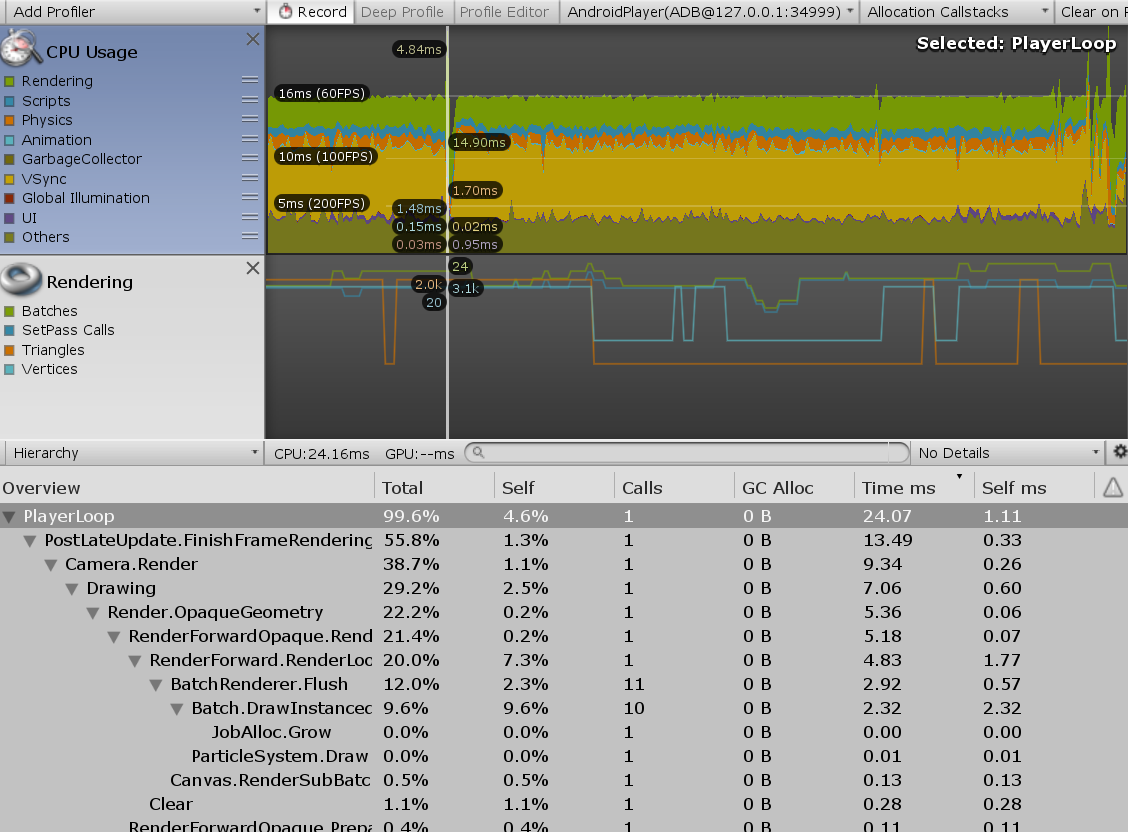 Based on my observations, this spike shows up once or twice per minute. Sometimes, several minutes go by without any spikes. And in very rare occasions, the spike can show up 3 times in a single minute (although I don't think that happened the last couple of times I tested it).

So why do you guys think this is happening despite the game being heavily optimized? I read in a post in Unity Answers that Render.OpaqueGeometry spikes are frequent in all games and it's nothing to worry about. But do you think 2 spikes per minute is too frequent for a simple platformer?

Browse other questions tagged unity performance optimization profiling or ask your own question.