I'm trying to change the size of sprites in unity to fit the palette. Except there are no options to change multiple sprite sizes at once. 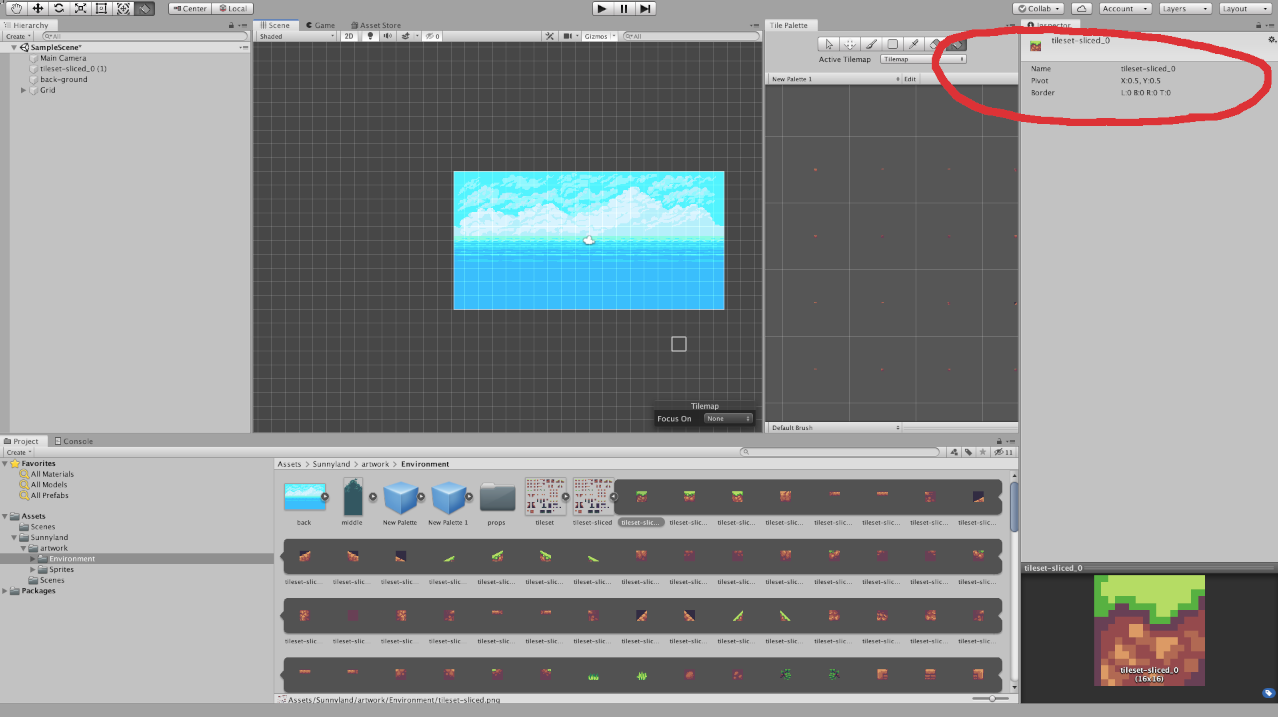 But when I watched a youtube video on tilemaps and palettes, there were options to change the size of the entire palette! 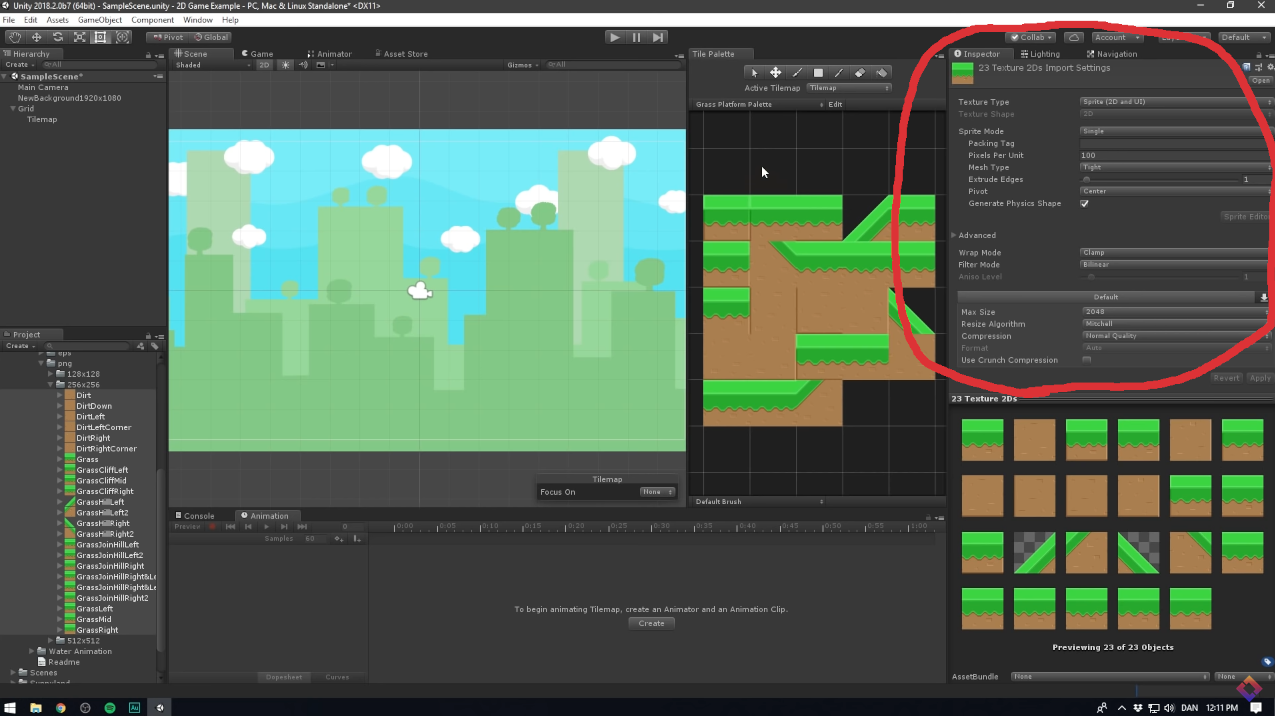 It appears like you are looking at the inspector of one of several subsprites of an image asset you imported with the "Sprite Mode: Multiple" setting and then sliced with the sprite editor.

The second screenshot, however, appears to have marked several actual tile images, not the subsprites created from them. It appears like they are using a separate image file for each tile, and not one tileset image sliced into subsprites like you do.

Select the "tileset-sliced" image asset and you should see all the import options, including the sprite editor which allows you to reslice the tileset and the "Pixels per Unit" setting which applies to all the subsprites and affects their scaling in the game.

Not the answer you're looking for? Browse other questions tagged unity tilemap palette or ask your own question.

37
Creating a retro-style palette swapping effect in OpenGL
2
What are some strategies for handling a zoomed out grid of sprites?
4
How to make a palette swap shader that works withn non-pixel art sprites?
3
Unity order issue with TilemapRenderer.Render
1
Creating palette from irregular sprites in Unity
0
Why does my tile palette not arrange nicely?
2
Unity Tilemaps Best practices
1
Can I cache and edit Unity RaycastCommands?