Edit: I've slightly edited this question because I've found the symptom for my problem, but not why the actions I've noticed cause the issue.

I have what appears (via the inspector) to be two identical 2D objects containing only a transform and a Sprite Renderer.

One was created by dragging a png from a folder onto the screen, and it displays normally.

The other was created by going to the hierarchy and right click > 2D Object > Sprite, and dragging the desired picture into the object's 'Sprite' Field.

Both objects appear in the development view, but only the first one appears in the game view. Why does the second object not appear?

All other settings for Unity (environment, camera, etc) are the default for a 2D project.

Here are the inspectors for...

The sprite that is displaying: 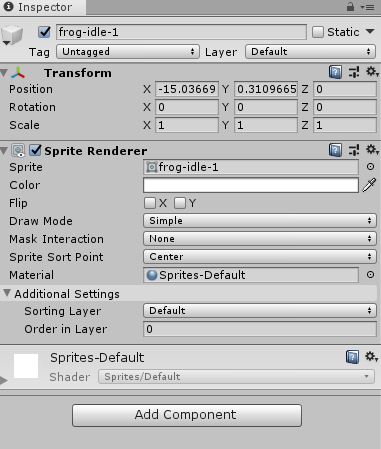 The sprite that is not displaying: 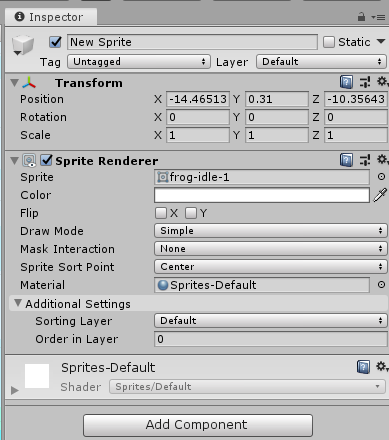 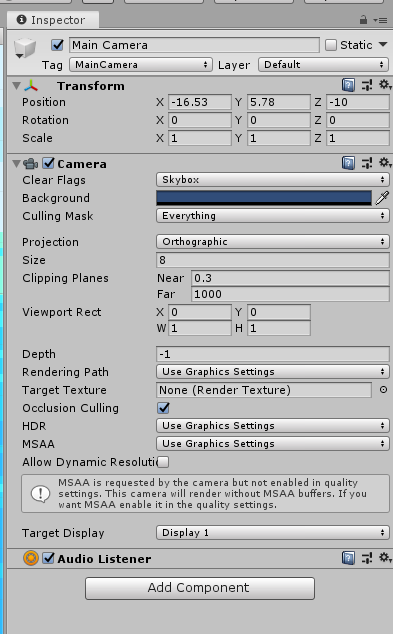 From what I see of the values you're using, it appears that New Sprite object is actually BEHIND and not aligned with the camera. So the camera can't see it, and display it. It'd explain why you can see it in the Scene view but not in the Game view.