How do I implement the parallax effect in 3D graphics?

With a perspective projection matrix and camera system already in place, I have a scene with a small jet fighter flying high over a wide and deep canyon with many cliffs and rocky surfaces; these are all being rendered as wireframes for now. The camera is following the ship which is flying entirely on the X-Z plane.

Right now, when the ship moves by some amount r, the entire canyon moves by that same amount in the opposite direction. I want to have parts that are further away from the camera to move slower, so I need parallax.

If I were going to implement parallax, in which part of the rendering system would it go, the projection matrix?

Below is a screenshot of the game as it is. The ship is moving forward and about to pass through some rocky crags. 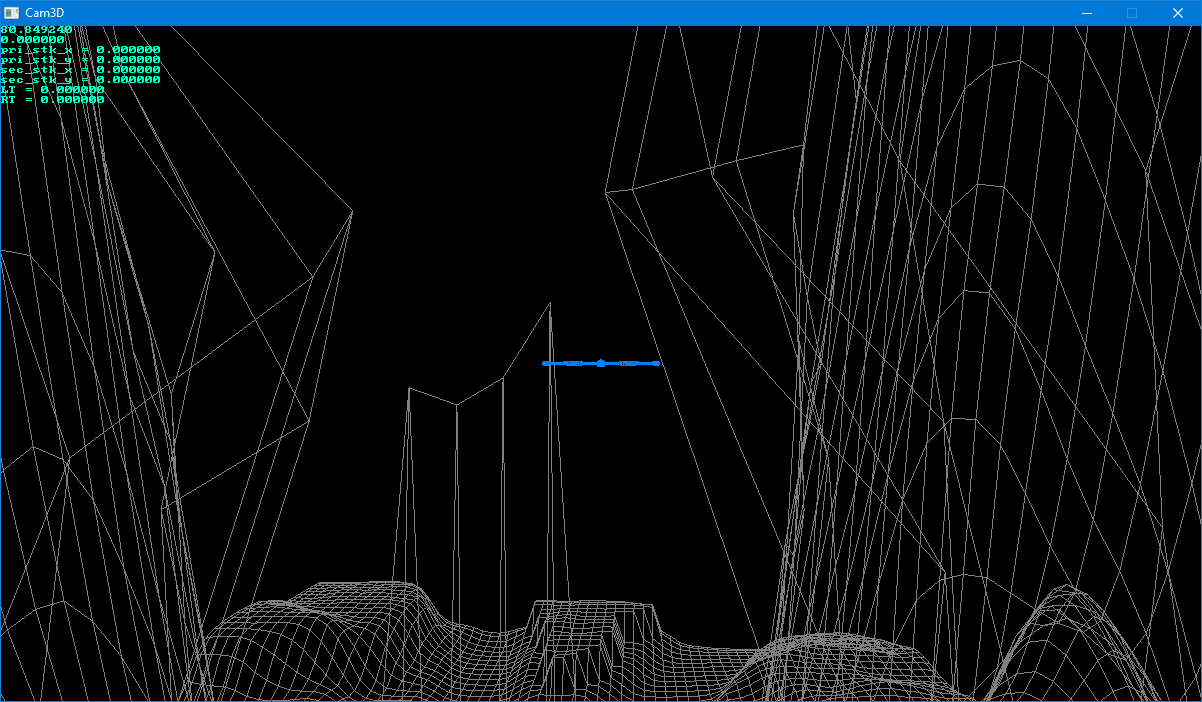 It turns out the reason I couldn't see the parallax effect very well was that all the features of the landscape had the same relative scale. When I added some objects to the scene that were much smaller than the terrain, I bolted past them with higher speed than the landscape was moving.