I'm working on adding billboarded sprites to a game engine, but the engine allows for walking on curved terrain, like spheres. In order to look like the player is walking on the terrain, I want to start with the billboard, then rotate it around its origin (bottom centre) so that its up vector matches the screenspace normal of the terrain.

Here's a diagram of the general idea: 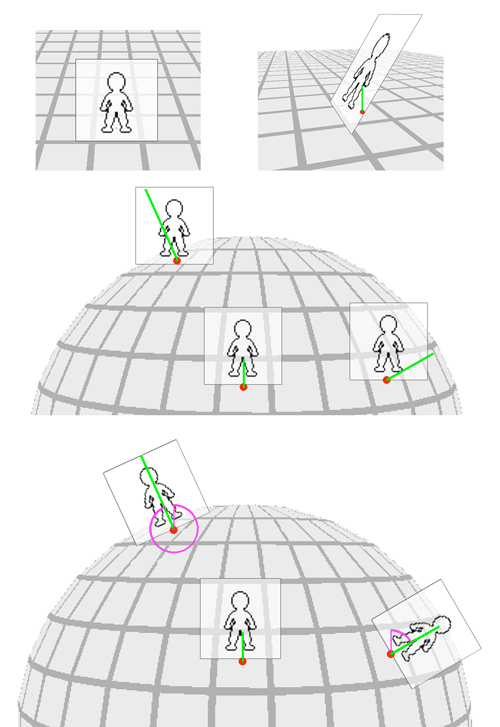 The billboarding works fine - passed the camera's rotation matrix to the sprite, and the poly quad's 0,0,0 is at the bottom centre of the canvas.

How can I get the angle between the normal and screenspace up?

I think it's a matter of projecting the normal with the MVP matrix, to get it as a 2D screenspace vector to calculate the angle from. But I'm not having much luck attempting to implement it.

The sprites take their positioning from the centre of the tiles, along with the normal. I'd also like to move the sprites down in the rotated axis, so that they cover the tile they're standing on.

Any other methods are welcome too.

Not the answer you're looking for? Browse other questions tagged opengl python billboarding or ask your own question.