How to make a homing projectile make a more objective path to the target?

I'm having trouble trying to get a projectile thrown by a tower to hit the player quickly.

See the image below: 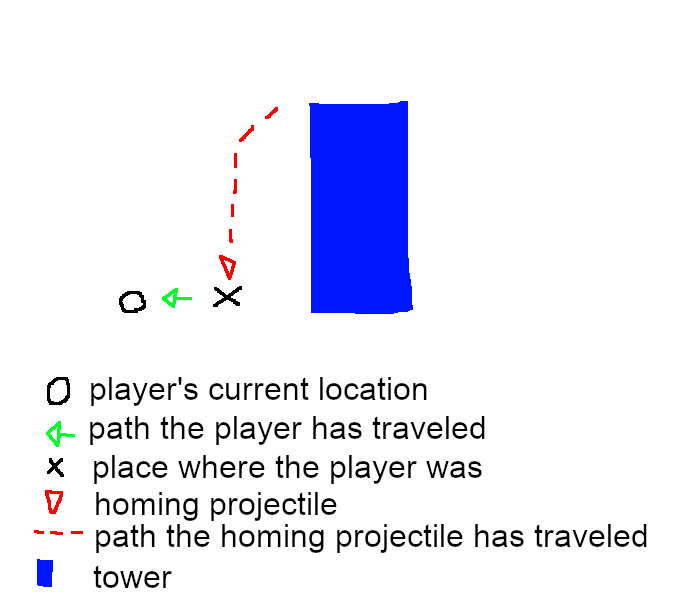 The projectile hits the ground very close to where the player was.

What happens almost always is the projectile orbiting the player. 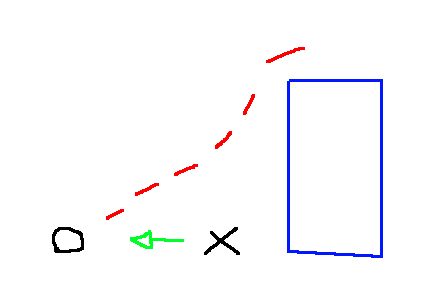 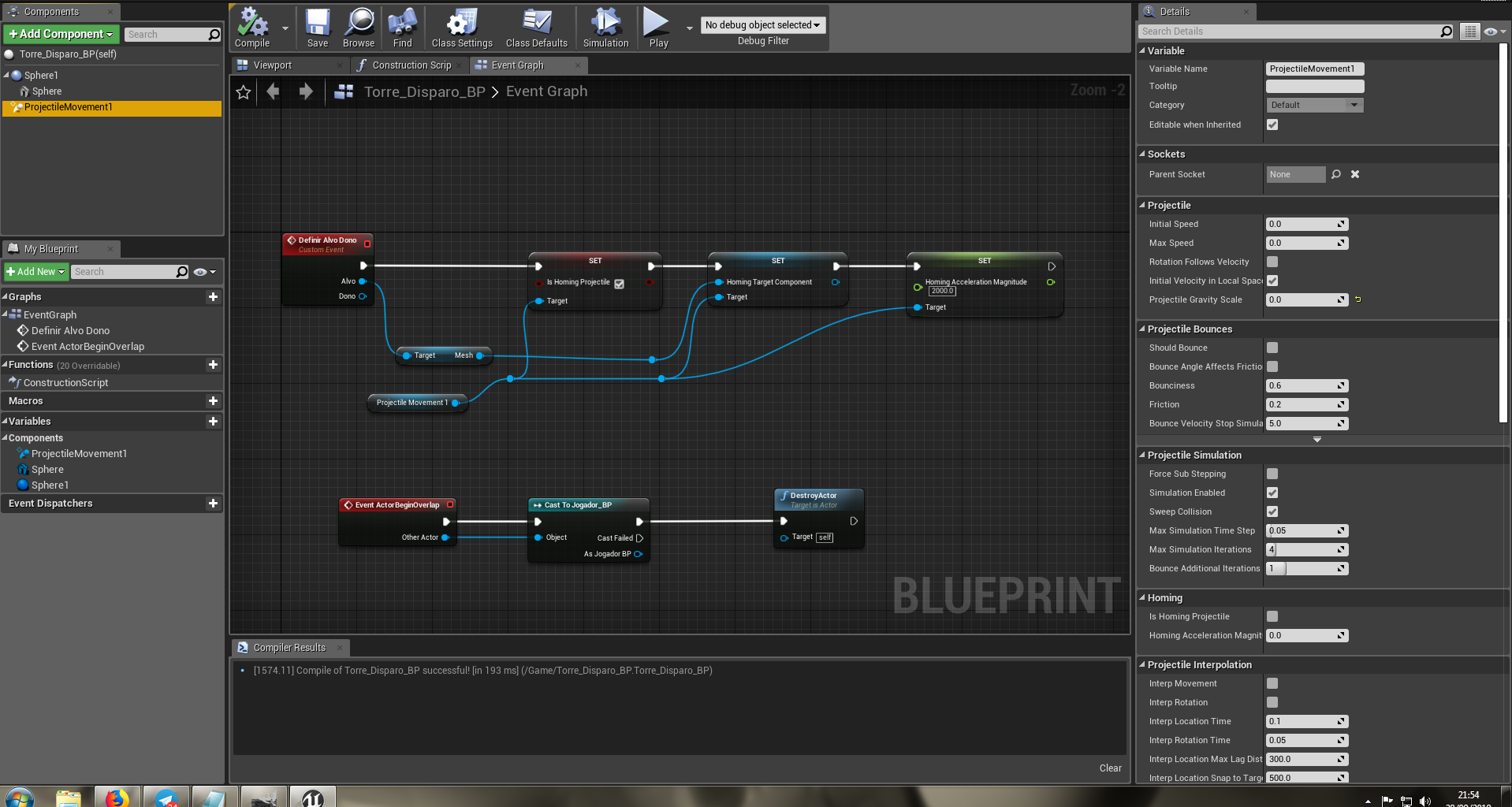 With this code I was able to stop the projectile from crossing the floor:

But the projectile still orbits the player: 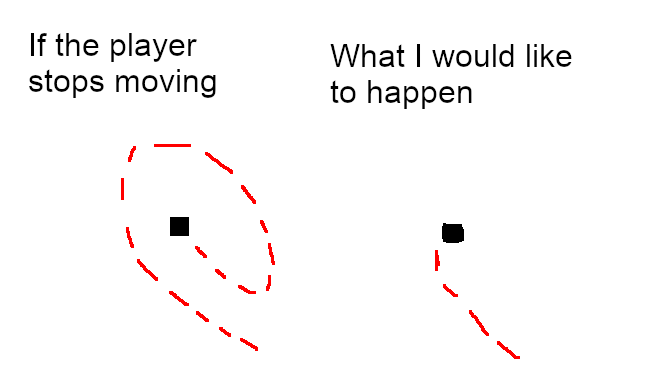 If the player does not stop moving, the projectile orbits it indefinitely.

Below is how the components went after I turned off the physics at all. 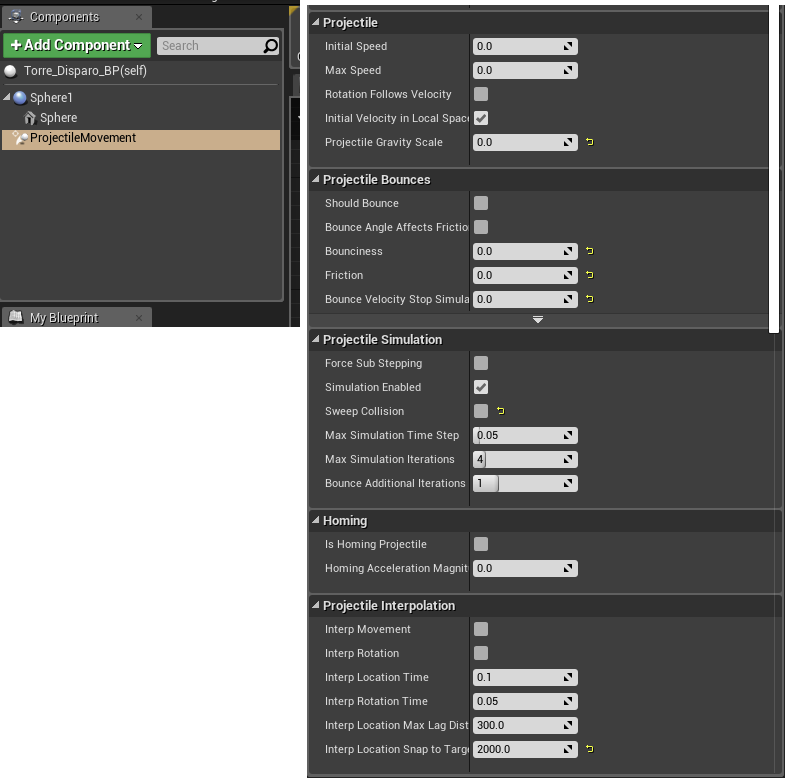 I'm not too familiar with UE, but the behaviour you describe is consistent with the projectile "naively" accelerating towards the target's current position (from your blueprint, it looks like a constant acceleration is indeed being applied).

To actually hit a moving target, you should predict its location at the time the projectile actually reaches it, and move towards that point*.

If the projectile is significantly faster than the target, an easy approximation for that point would be:

This is probably what you need. It's for unity in C# but the maths all there.

I use this all the time and it is VERY accurate even at high speeds. It can't predict changes in direction like weaving but it will hit where the target is going to be on the dot every single time. If you want it to predict direction changes you need homing code added but you don't sound like you want homing missiles. You want projectiles.

Not the answer you're looking for? Browse other questions tagged unreal-4 path projectile or ask your own question.

2
How to stop Follow Path steering behavior when reached target?
1
Objective C Path
0
How to make specific paths in UE4?
0
How do one NPC follow a succession of target points?
0
Error in the order of the target points to be followed. How to set the order of elements in an array?
0
How to draw the path with a thicker stroke?
0
Calculating projectile path when fired at an angle, forward
1
How to apply linear drag to a velocity vector?