Problem with the Layer System/Tilemap Layer from Unity

This is my first time using Unity (and my third time creating a game in general), so I hope I can provide the needed information to solve this problem. 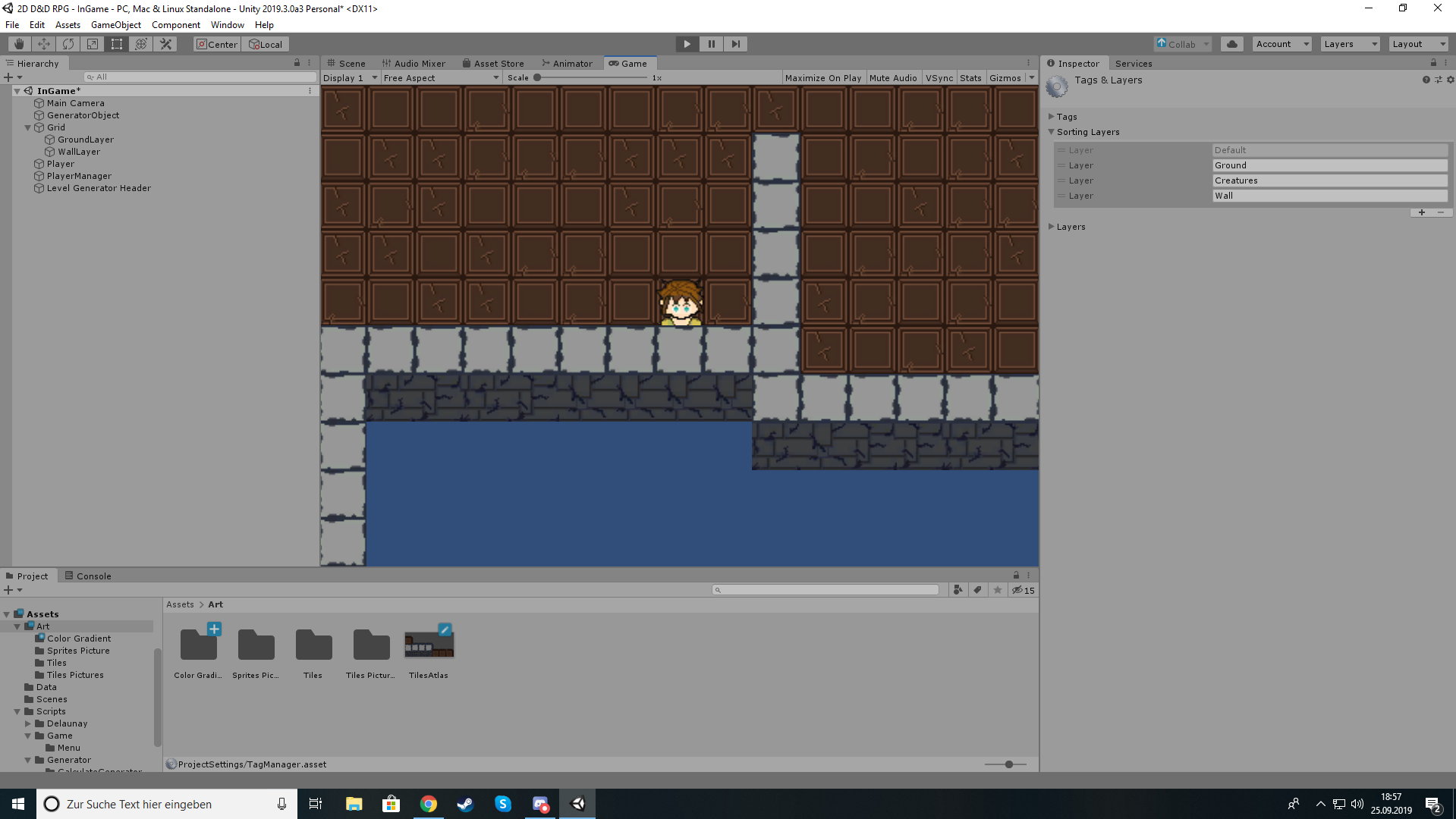 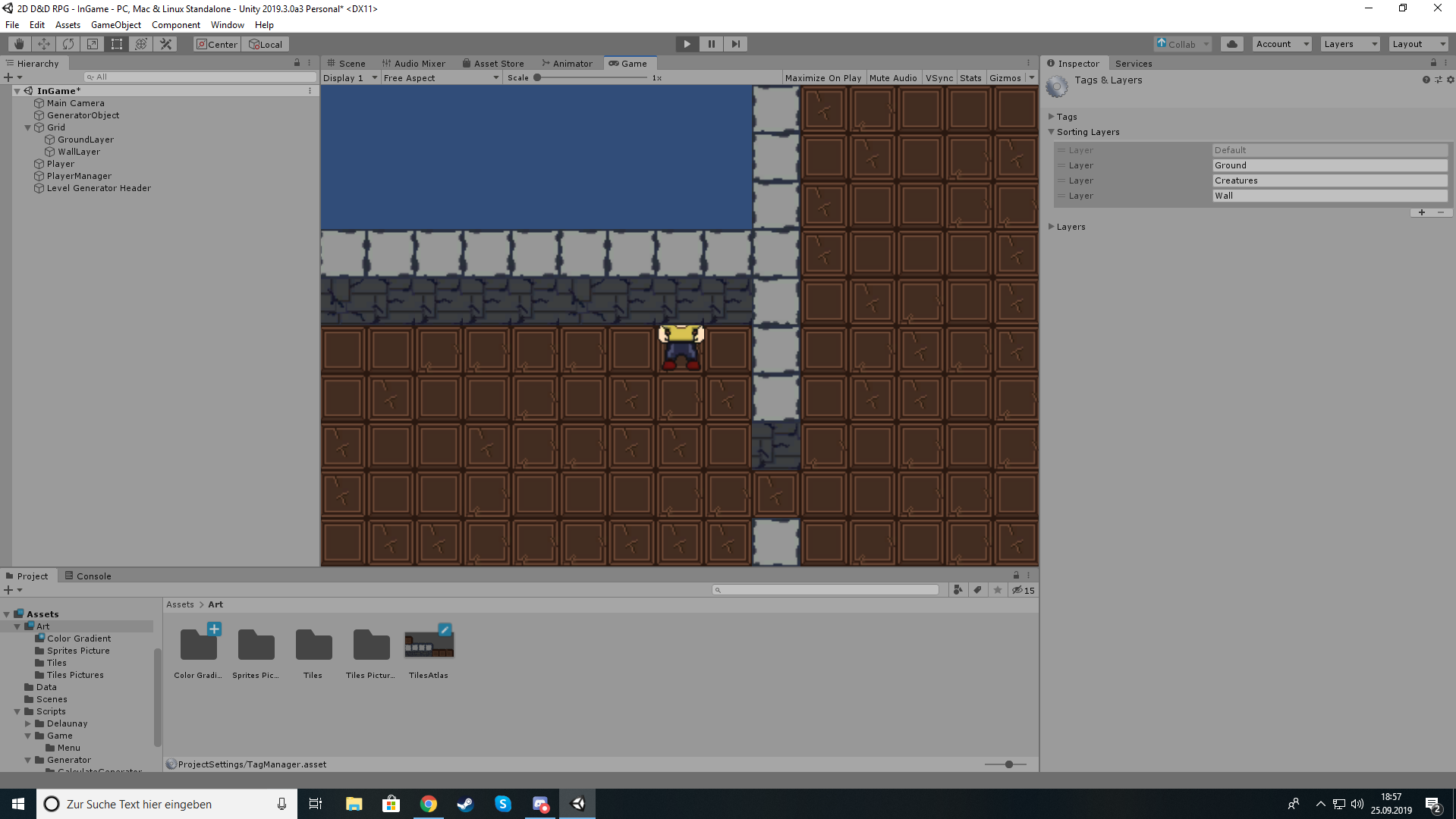 Side Information:
- The Wall Tile is one piece, which covers two tiles.
- Movement is depended on the existents of a ground tile. The reason behind this is, that I wanted the character to always move one tile at a time. And since this is my first time with unity, that was the easiest way of doing it. So there is no actual interaction with the wall. No collsions or anything.
- There are three Layers (Ground, Creature, Wall) and two tilemap layers (Ground and Wall) (see picture) and the character doesnt interact with the tilemaps at all, he just gets drawn above the ground tilemap layer.

What I see as answers:
- Split the wall tile into two tiles and let the wall part be on another layer, then the roof part.
- Split the character into two parts and do the same thing.
Both seem like a good way of solving it, but I dont even know where do start there. I think I can split the walls into two tiles, but I dont know if this is a good way to solve this issue. The other option, to split my character, there I really dont know where to start.

You essentially have 3 options:

2.: Create 2 layers for the wall, one of them should render behind the player, the other in front. Then you can dynamically move the tiles from one layer to the other based on their relative y position from the player. 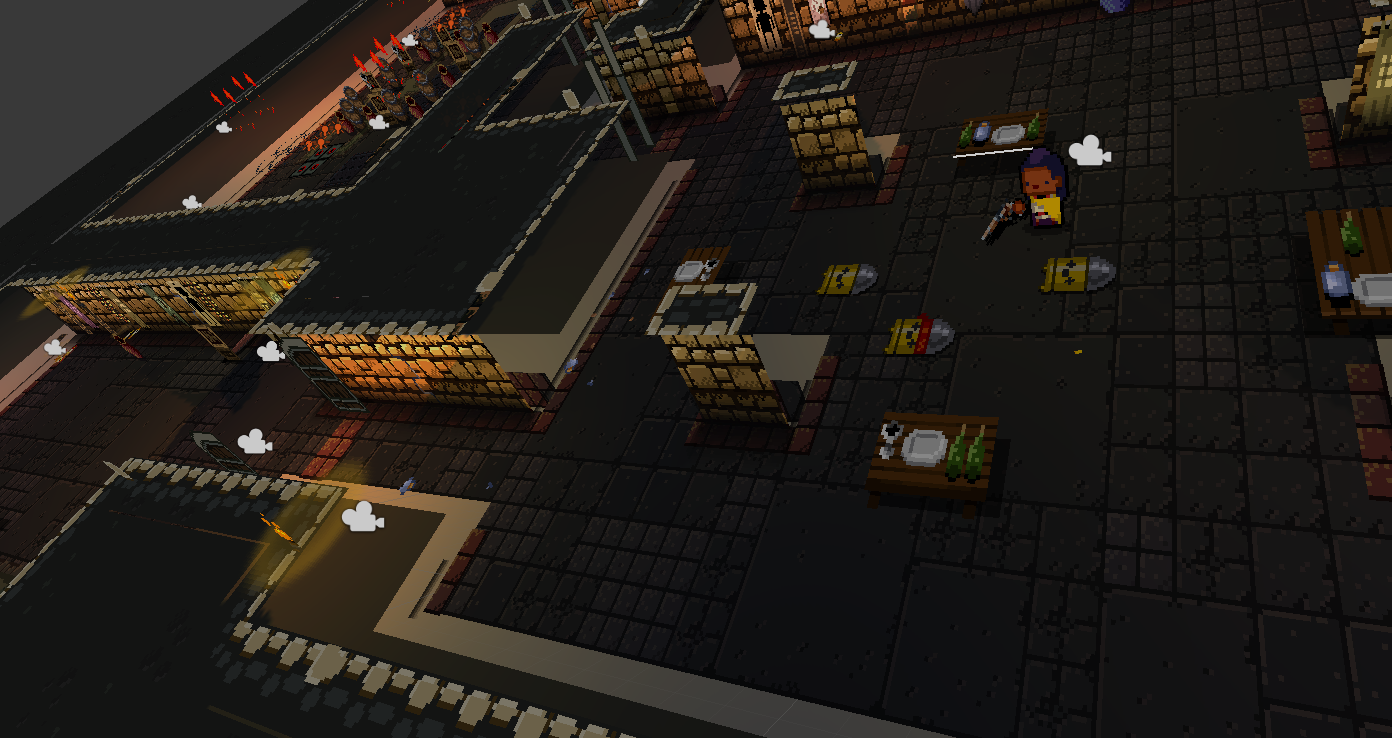 This has the added benefit, that it makes lighting a lot easier

After following the help on this side https://forum.unity.com/threads/isometric-tilemap-sorting-issues.554914/#post-3692299 (thanks again DMGregory).
I changed the following things: 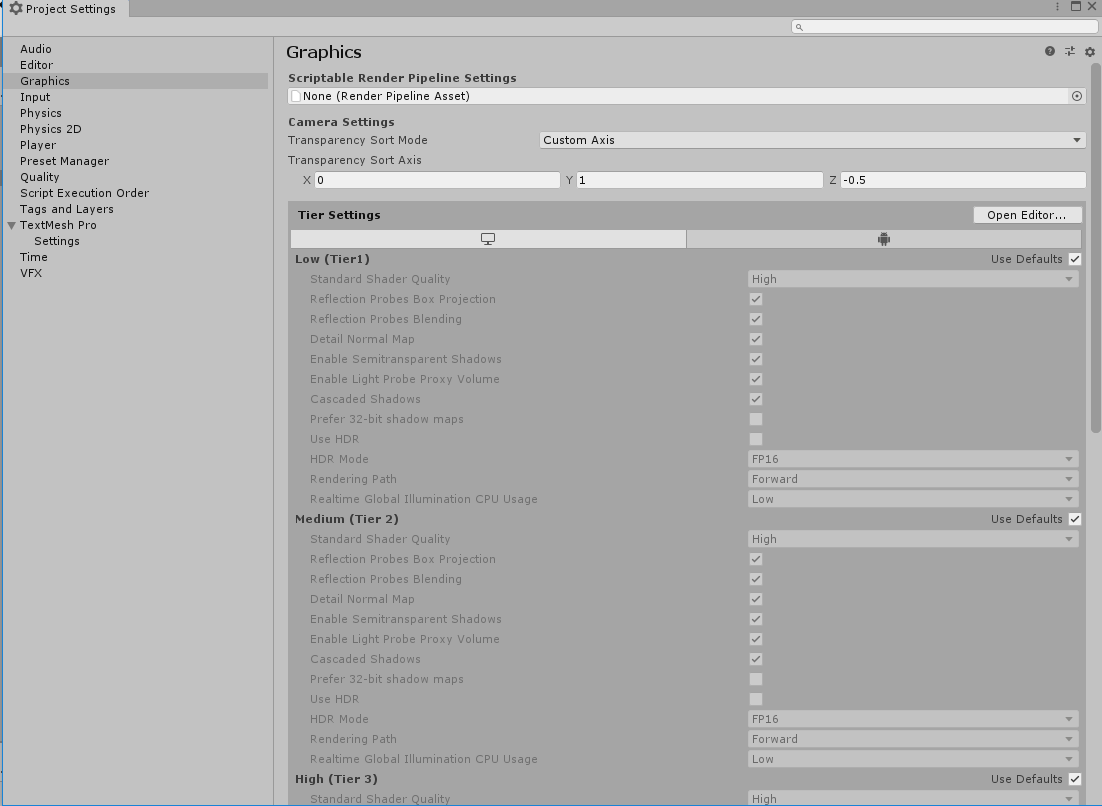 First of all the camera settings to Custom Axis and changed the Sort Axis. (try to change the Z Value, because many other had different values there.) After that I changed every layer to the same layer "Default" and put my player and walls on Order "1" (the ground on "0".) Then the Cell Size of your grid needs to have a Z Value of at least 1. Last Thing is that you need to change the sprit Pivot to custom and the sprite sort point to "pivot" for your player character.

After that it works fine.