How to mirror a vector through some other vector?

I have a player's direction (playerDirection). I want to fire two bullets, one rotated by -30f, and one by 30f, so it looks like this: 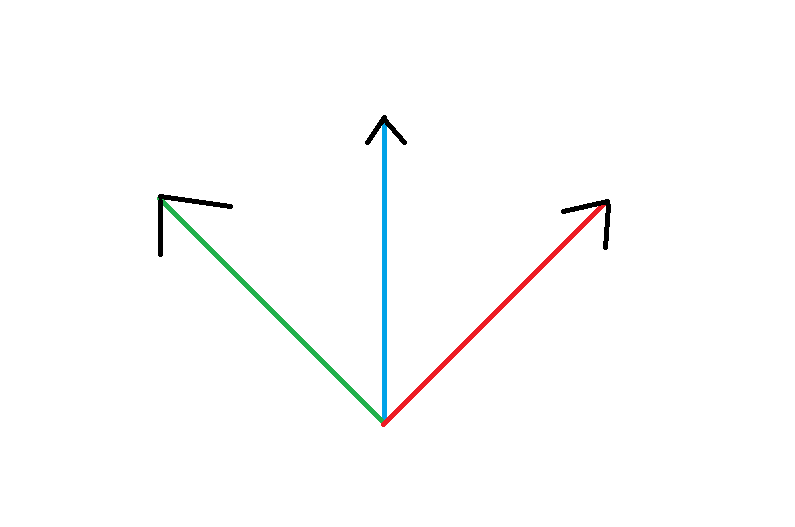 Blue line is the playerDirection. I'm looking for the green and the red. I have calculated the red vector with:

But this method doesn't seem to work for all cases because it produces negative angles etc.

So I've tried taking that red vector I've calculated and reflecting it with Vector3.Reflect but I think it's for different purposes.

How do I do that?

Turns out it works out of the box as DMGregory says. I had some issues in the algorithm.

Here's how the final version looks like, supporting shooting multiple bullets. I know that the algorithm probably could be simplified somehow.

And here's a visual result! (6 bullets and 3 bullets) 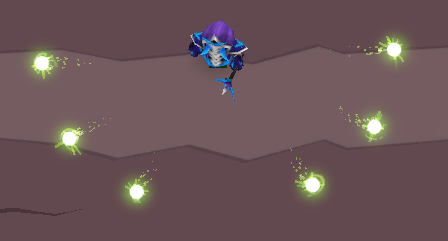 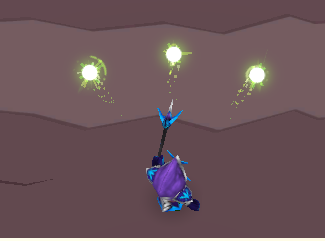 Turns out you can rotate the direction using this formula without problems:

Not the answer you're looking for? Browse other questions tagged unity vector linear-algebra direction or ask your own question.