How do I get an object to rotate in world space via RigidBody.AddTorque?

I'm getting really discouraged because I can't seem to figure how how to rotate my object via Rigidbody.AddTorque like it is on a figurative global turn table rather than a local turn table. Another way of describing it is that I want to c calculate a torque vector that will rotate the object's yaw and keep it upright regardless of its pitch without rolling it around. This is a problem for me because I want my player to remain upright without ending upside down because they were pitched and decided to turn.

Someone else had posted about the same problem on a different forum but he didn't receive much in the line of help, however he did provide this really helpful image describing the problem:

How can I achieve this? Is there something obvious I am overlooking or forgetting? Am I explaining it right?

In the following image the top half illustrates what I want while the bottom half is showing what is actually happening. What I want is to be able to tilt the player's pitch and have them be able to rotate almost like a turret. I was able to accomplish this for demonstration purposes by first rotating the player and then pitching. Instead what I am getting is if the player tilts their pitch and then turns they start to bank, or in other words they start to roll. 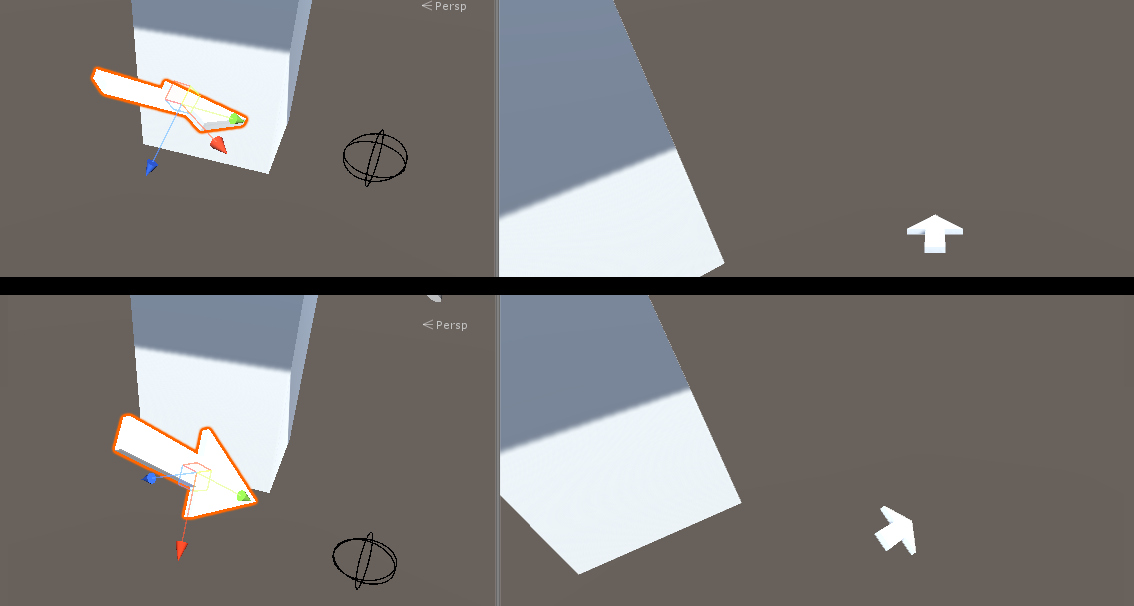 I sincerely appreciate you all offering to help me with this.

You can do it by accessing the angularVelocity directly as i commented earlier, however if you want to use the addTorque() you could use something like

Or you can use Force or Impulse which are similar to Acceleration and VelocityChange respectively, but consider the Mass in the calculation,

While using any of these two force modes if your object is not scaled evenly in all 3 axis then you will get weird rotation because of the Mass of the object.

Not the answer you're looking for? Browse other questions tagged unity physics 3d mathematics or ask your own question.

1
Controls: Rolling on a ceiling
2
Get quaternion between two objects on sphere
1
Calculating angle to aim at target results in over/under aim depending on whether target is below/above
0
Calculate vector3 global point projecting it in local space using Unity and C#?
0
Unity - Proper rotation of object from 3 points in space