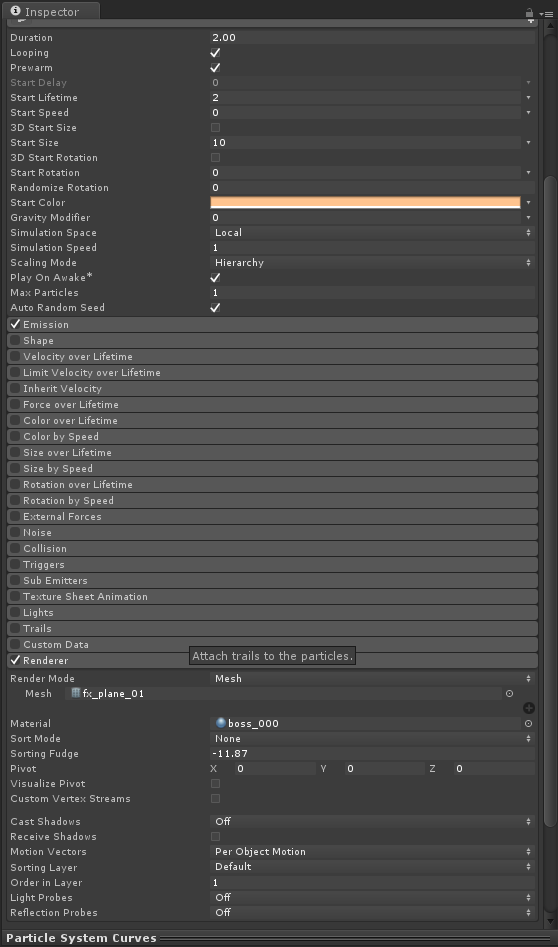 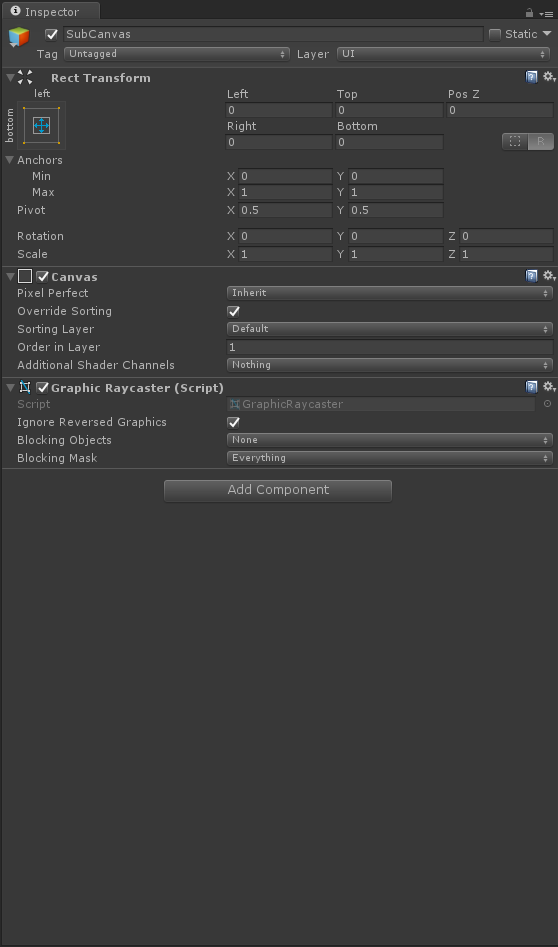 Hope anyone could answer me.Thanks.

After your question I was curious about why particles system always render in front of the UI when both UI and Particles system are having same sorting layer and sorting order.

So I find out some thing interesting:

Project Hierarchy: same project hierarchy is used for both situations. 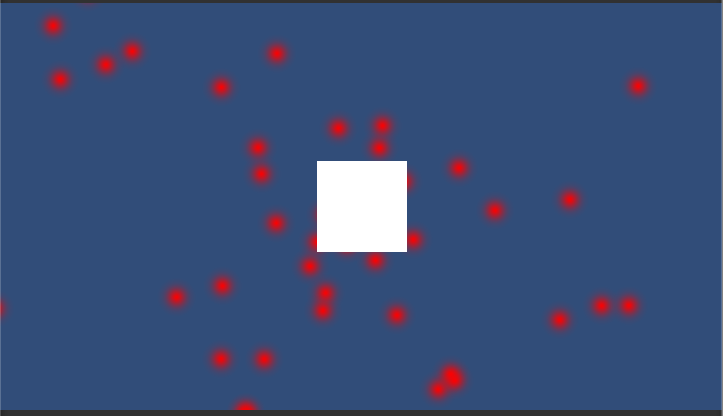 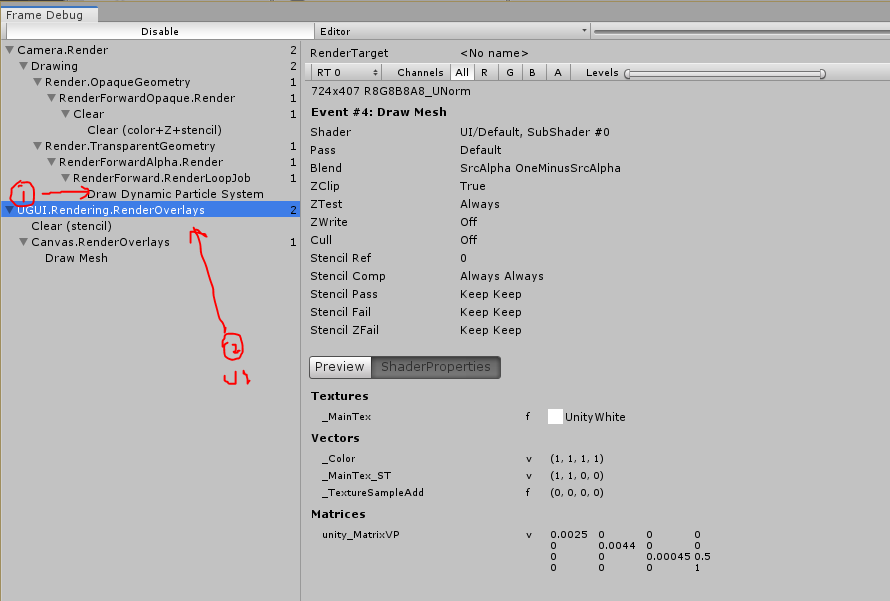 So from frame debugger its clear that if Canvas render mode is Screen space overlay the all of the scene objects are rendered before canvas. 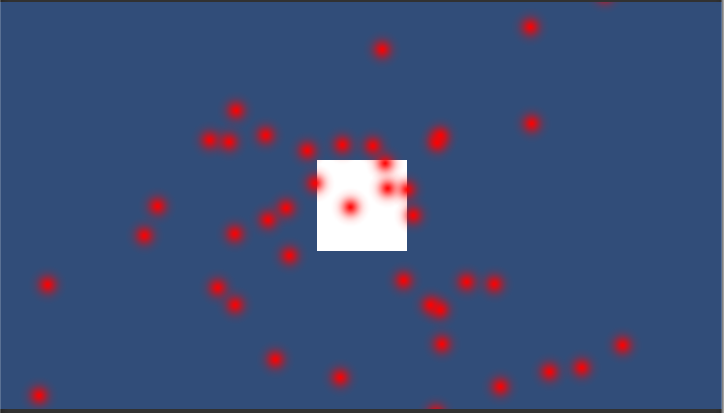 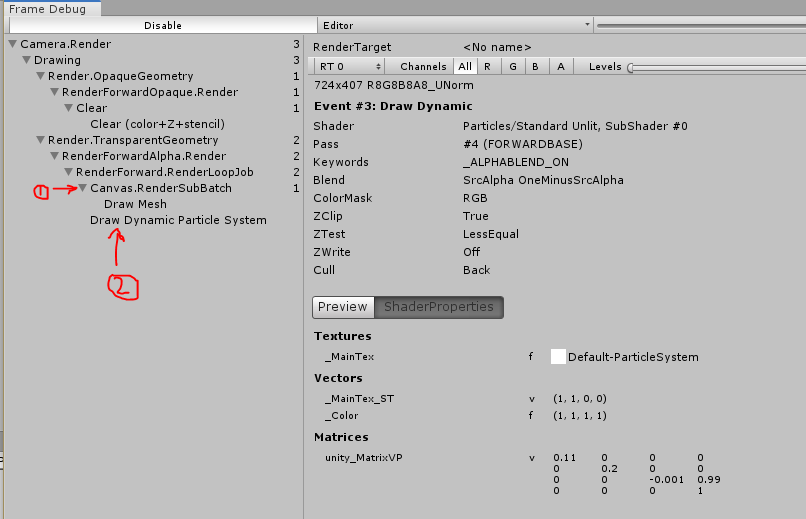 Summery: As for both of the Canvas and Particles sorting layer was "Default" and sorting Order was "0".

But in screen space camera particles was rendered after canvas so we see prticels in front of the UI.

while in case of the screen space overlay UI was rendered after Particles , so we saw canvas in front of the Particles.

Which means Unity do change rendering order for in different situation. I hope this will clear your confusion.

Not the answer you're looking for? Browse other questions tagged unity gui effect .

6
Rendering a Sprite with an Effect.... how?
0
How to destroy a clone of an effect attached to an object?
2
Sort buttons in unity 2D
3
How to process particle effect between UI?