Animator from another gameobject keeps disappearing from script on play 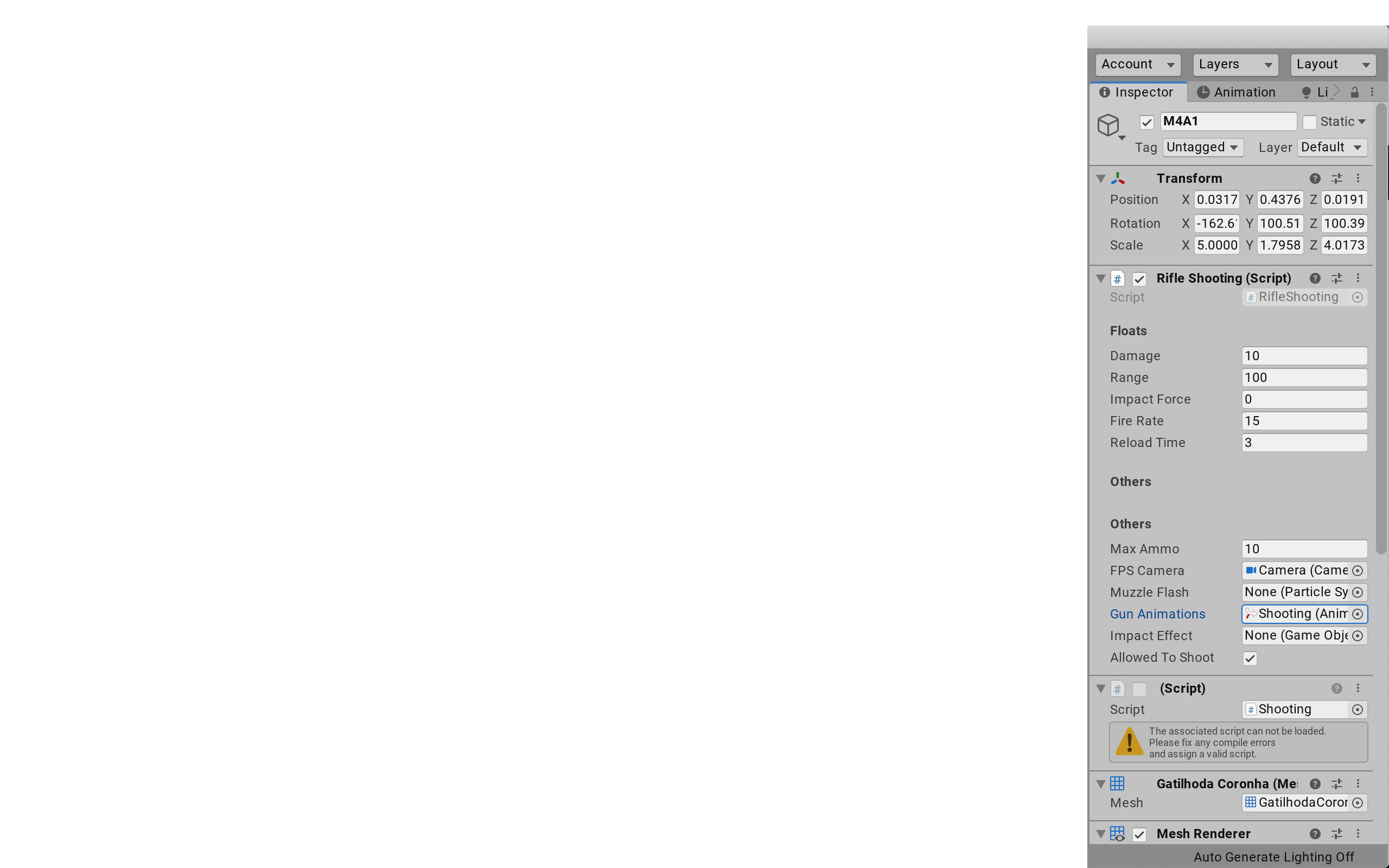 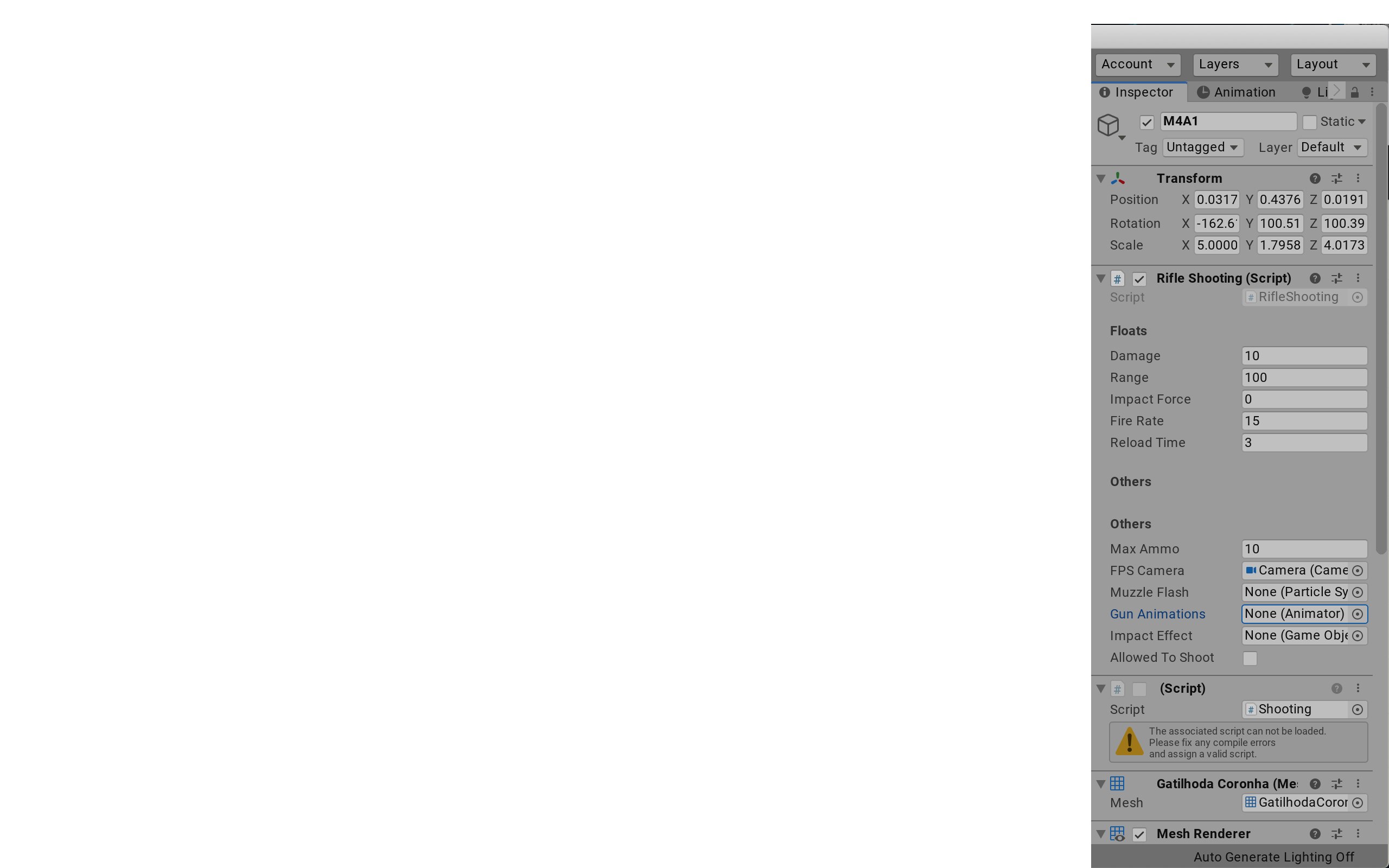 Also if it helps here is what I see in the console when I try to fire:

MissingComponentException: There is no 'Animator' attached to the "M4A1" game object, but a script is trying to access it.

As is usually the case, this is happening because you told Unity that's what you wanted to happen.

"As soon as this script starts, please throw away whatever value I'd put in the GunAnimations variable in the inspector. Instead, I want you to use the Animator component attached to the object that's running this script, if any"

But the object that's running this script ("M4A1") doesn't have an Animator component attached. That component is on a different object, one called "Shooting", according to the screenshots you showed us.

So, it looks like you either want to delete this line and stick with the value you gave the variable in the inspector, rather than overriding it at runtime, or else make sure you point your GetComponent call at the object that actually has the component you want attached to it.

2
Controlling a GameObject from another GameObject's script component
3
How to completely stop the camera from clipping into the ground
0
GameObject keeps snapping to camera size on play
0
Why does Animator component prevent the player from facing left?
0
How can I create a animator parameter in a script, unity?
0
Smoothing transition between Animator and script controlled character