My FollowPlayer script runs AWAY from the player?

With the script I'm using, it would make whatever model it was attached to, follow the player when they were close enough. Even though I have NOT updated to the newer version of Unity, the script isn't working how it used to.

While it does make the model face towards the player, it no longer follows/chases then and I have a suspicion that it may be because I am using rigidbody for the player controls instead of character controller (due to Character Controller no longer working after the latest Unity, which I did NOT update to)

Below is a copy of the script I'm using, which is super simple:

Any ideas why the model isn't chasing the player? I keep changing the settings to see if it's anything silly like that, but no matter what I put it, or what I do, the model just wants to stare but not follow or chase the player :/

Here's a screenshot of the hierarchy: 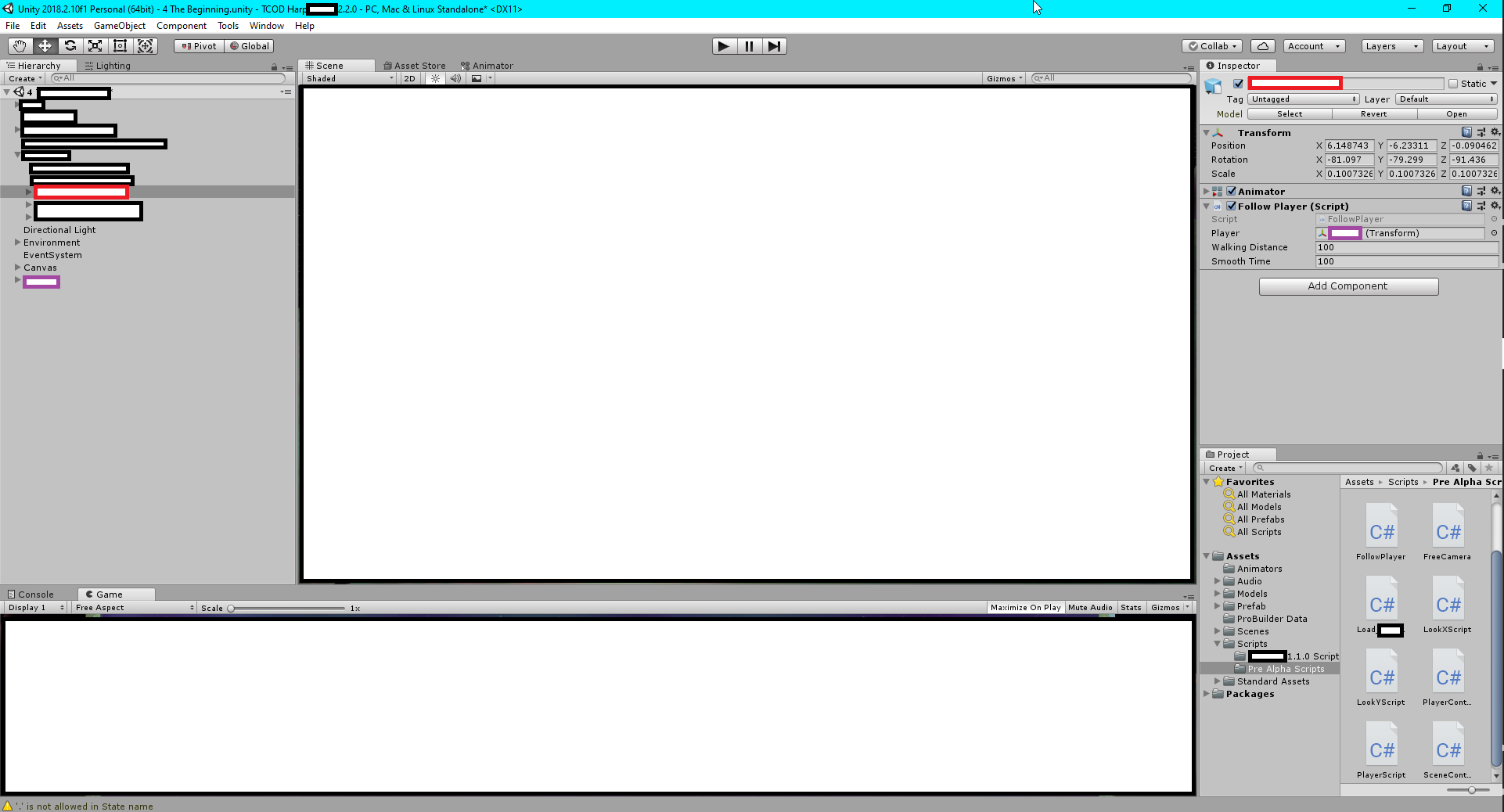 And the player model does have the player tag. No matter what values I put into the inspector for the FollowPlayer script, the model with the attached script will not move towards the player.

UPDATE: I figured out it was because the model with the script attached didn't have a rigidbody component. The problem now is, the model runs away from the player.

there are lots of thing that can make this happen. one thing i found in your code is that:

you calculate distance from player and say if its less than a threshold. if you want to stap in ha distance you have to change direction of > in that if condition.

rigidBody is nonSense in your case as you are moving it using Transform. so you can simply remove rigidBody.

I figured out why they're running away. Because this model is so far away from the player, I made a duplicate player model and disabled the first one.

After deleting the duplicate and using the original, it stopped the model from running away from the player.

2
Enemy AI with Rigidbody - Floating in the air
0
Updating GameObject Position in Unity 5
1
How can i make fade in/out of the alpha color of a material from black to none black?
3
How to completely stop the camera from clipping into the ground
0
IndexOutOfRangeException on array of transform prefabs in Unity
0
How can I use offset to make the camera rotate around the player, but keep the distance from player?