So I have this large forest of around 2M tris: 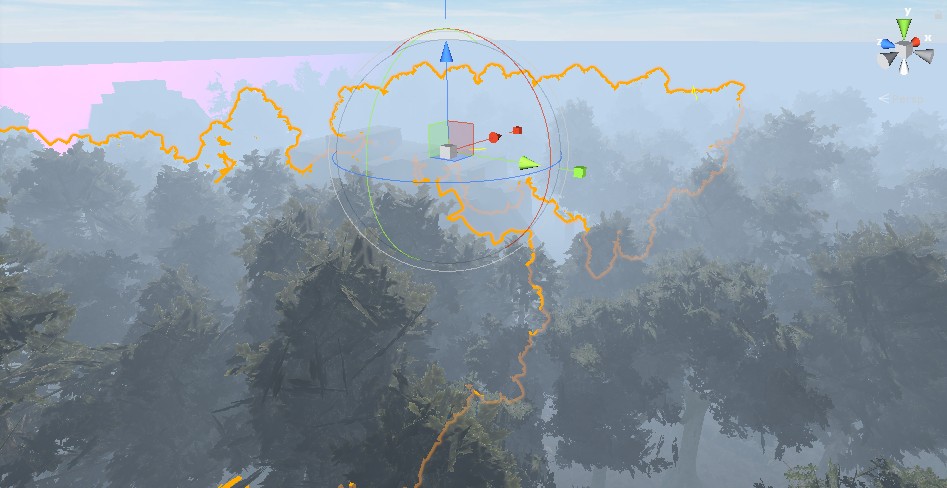 Same chunk selected with view on the whole level: 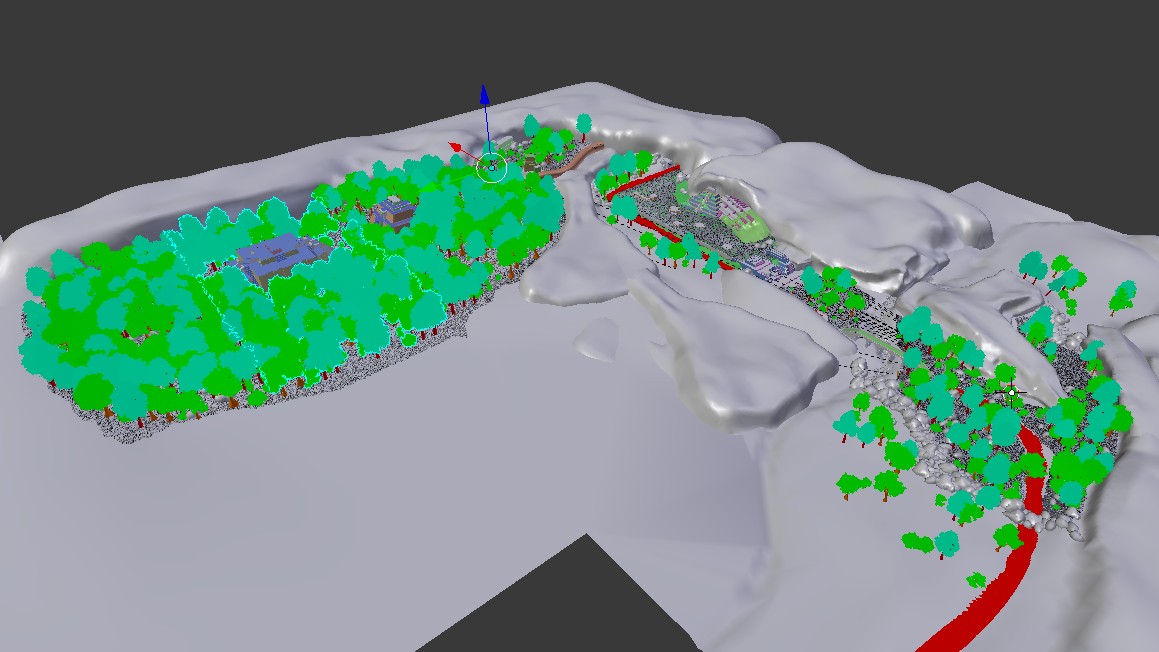 It's been generated within Blender and exported as fbx into Unity. Exporting each tree as an individual object is very performance expensive so the whole forest is split into 2 Objects: Treetrunks and leaves. The Treetrunks all have meshcolliders on them, the leaves obviously don't. (However I do split the forest into chunks as seen above, each chunk roughly 400k tris)

When the Player gets outside visible range of the forest it is disabled, and enabled when the Player gets within a certain range. When it is enabled sometimes it causes a massive lag. When looking into the Profiler it shows this: 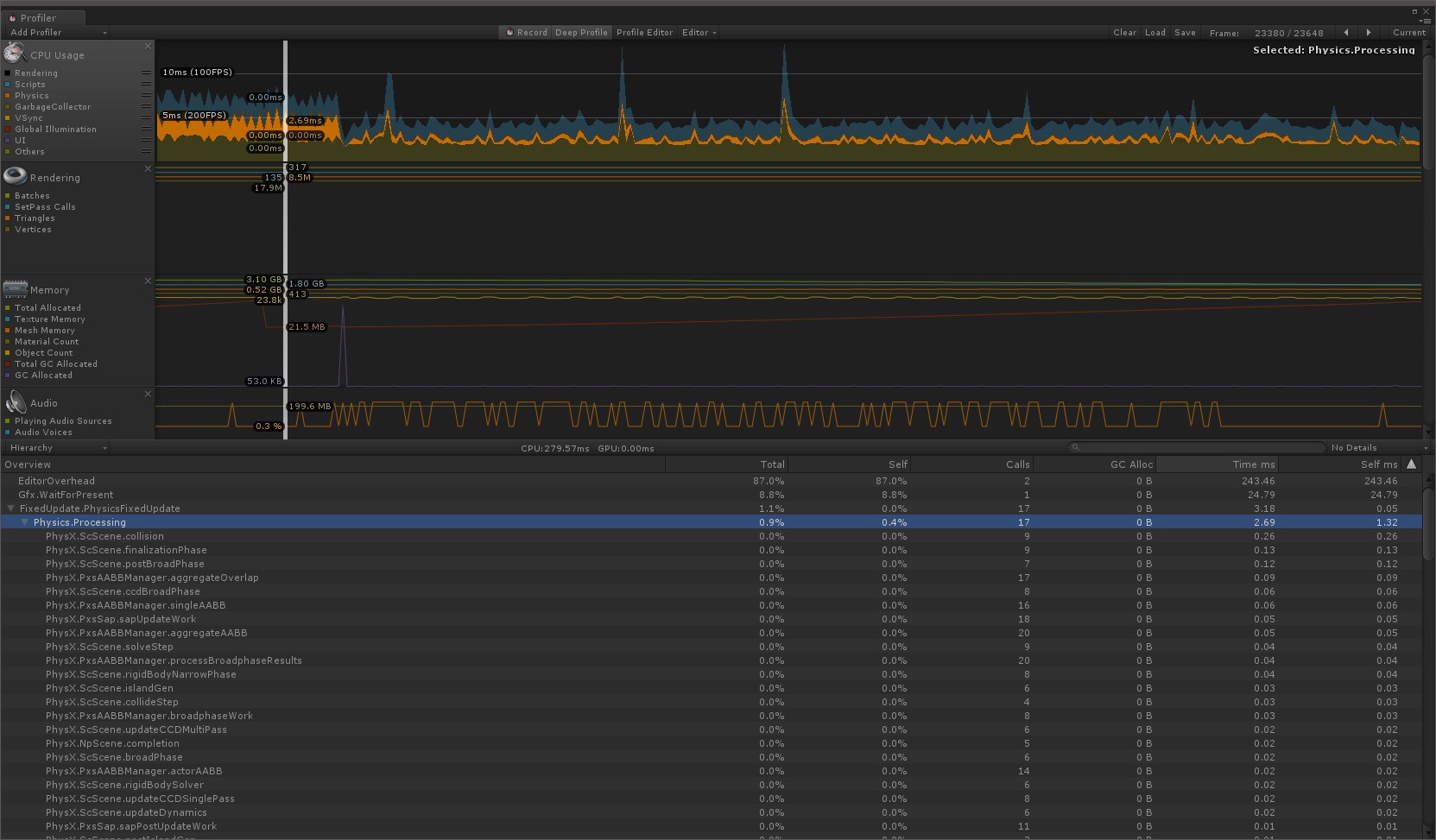 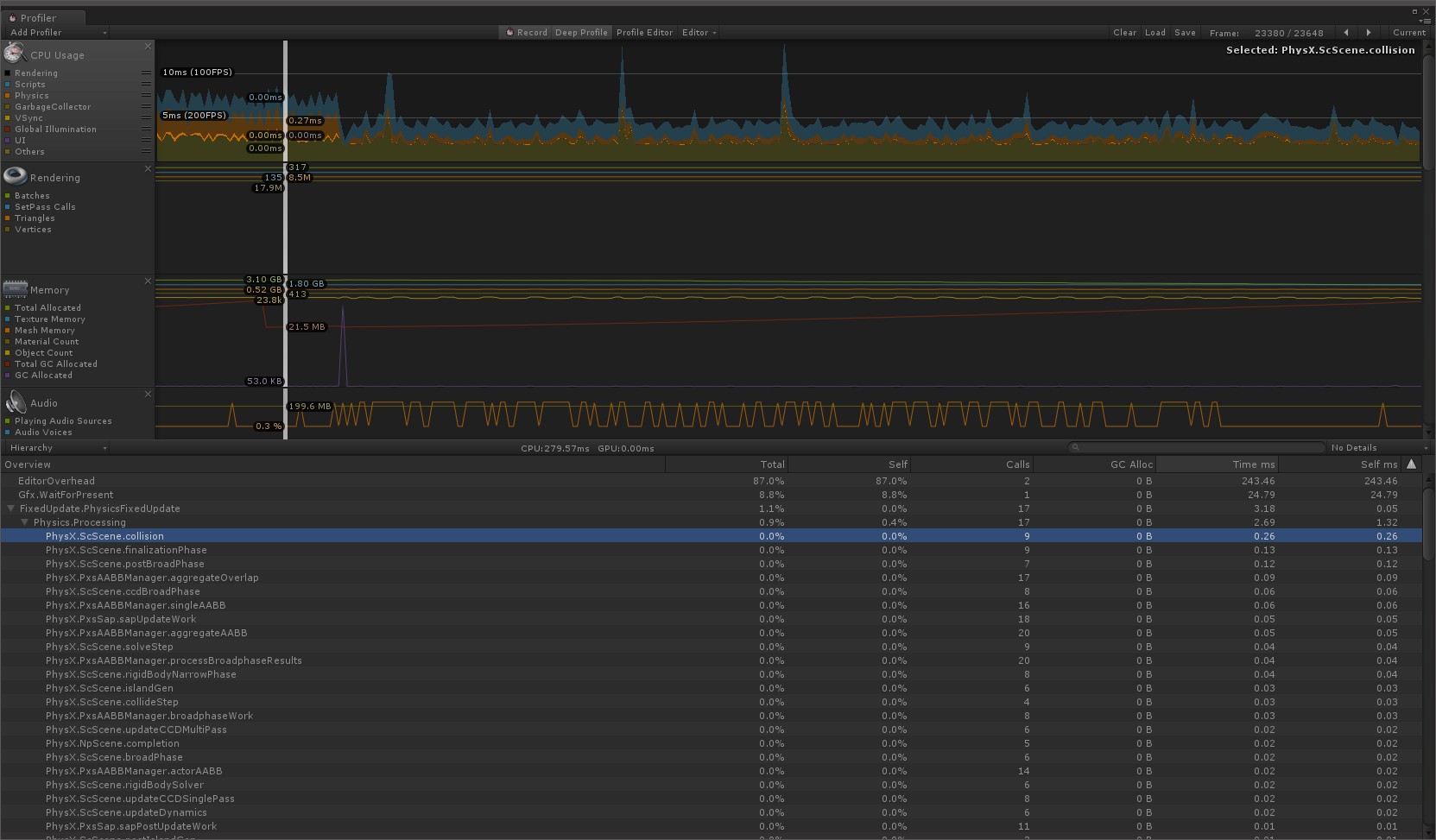 I have an 8 year old GTX760 but it still manages to render the entire forest at 200fps so no, the 2 million Tris are definitely not overkill for my computer.

I've tried this and that and 3 things managed to stop the issue (as seen in the profile screenshots above, the Physics processing time significantly reduced a few frames later)

The Player is the only thing in the game (at this moment) that has a Rigidbody, Raycasting Scripts and a camera.

Anyone got an idea? I'm dumbfounded over here.

I reduced the Polygon count on each object to below 65536 and it removed all issues. Don't know wether 65536 is the magic number here, but it's certainly one of the most common "magic numbers" so I went with it. Maybe someone can explain why.

Not the answer you're looking for? Browse other questions tagged unity physics debugging profiler .

1
How to make an object move again after being stopped by collision in Unity?
1
My rigid body controller stuck in middle of screen (unity)
0
Most efficient way to create/modify terrain in real time?
1
Frustum culling with a single large object
2
How to get an axe chopping animation to stop on collision with tree and smoothly go back to idle state?
1
Why is Camera turning with different speed than Player with same code in different scripts? (with unity)
0
What aspect of performance should I be optimizing my code towards? (asynchronous chunk modification)
0
Unity Collider2D - Know the collider type ob the object collider with the other object
0
How do I stop my player or camera from jittering during player movement?