How can I create a .ico file with all the various resolution sizes within one container?

I was looking at this GOG.ico in ffmeg, and was surprised to see all the streams for it...indicating it was holding multiple images in the .ico container or .ico has some kind of self-creation function where it generates the resolutions from a singular image based on condition? Or Maybe I'm overthinking it and its just a container with 7 different image variants stored inside?

Regardless I was curious on what the method of creation was for this many .ico in one hybrid, and how to replicate it. I'm already familiar with how to create a singular .ico image using gimp and/or ffmpeg....gimp is probably using ffmpeg itself. If its 7 images, those can be mapped to various streams of the .ico container using a tool like ffmpeg.

What's a more automated workflow people use to create these kinds of elaborate .iso though? 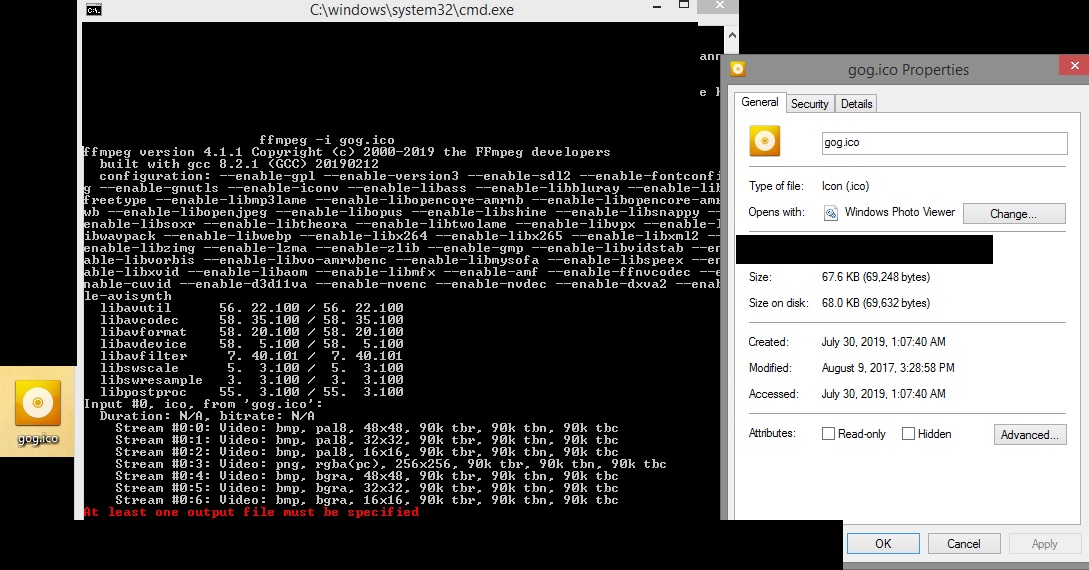 Myself, I use the free program SimplyIcon for this. You run the program, drag the png of your highest-resolution icon onto the window (I usually start at 128x128), and it generates the downsampled versions for you and packs them all into a single .ico file.

It's just doing a basic downsample, so the small versions may not be as crisp as if you exported your vector art with pixel snapping at the smaller size directly, or hand-painted an icon for that size. But it's quick and the results have been acceptable for my needs.

.ico file indeed store a set of images in different resolutions and even different color depth. However, when Windows can't find an image of the desired resolution, it will try to scale down or up (ugly) the closest possible image. Fun fact: you can put totally different images for different resolutions. Fallout 1 original icon, for example, had Tim Cain's portrait for 48x48 resolution.

29
How do I create a wide-angle / fisheye lens with HLSL?
16
How can I easily create cloud texture maps?
8
Understanding how to create/use textures for games when limited by power of two sizes
4
How can I create a mirror with Unity?
3
How can I determine an appropriate frame count for various fighting game animations?
9
How can I create animated card graphics like in Hearthstone?
1
How to create a sun billboard with Ogre3d
0
Why not just create very high resolution graphics and use them on all screens?