I'm trying to render a tile map world on a single sprite mesh (instead of one sprite per tile.) This significantly reduces the array vertex bus labor for extremely large worlds: 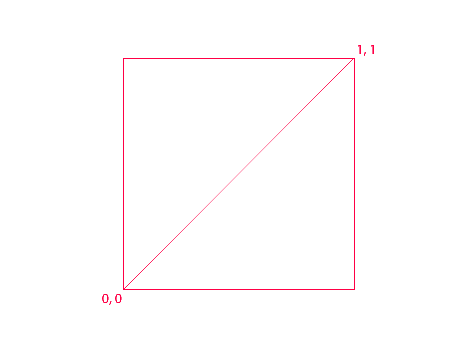 In order to do this, you pass two textures to the shader: the sprite sheet itself, and a texture containing tile IDs.

Sprite map (I know some tiles repeat but ignore that, this could be any spritesheet): 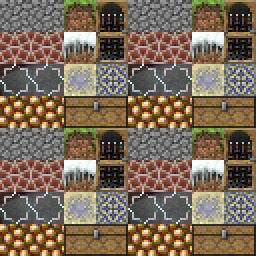 Below: Entire tile world represented by a 128 x 128 texture map, where each RGB value holds actual Tile ID for that location on the map. There are more efficient ways to represent the actual tile ID. Here, for the sake of simplicity, it is stored in the R component. 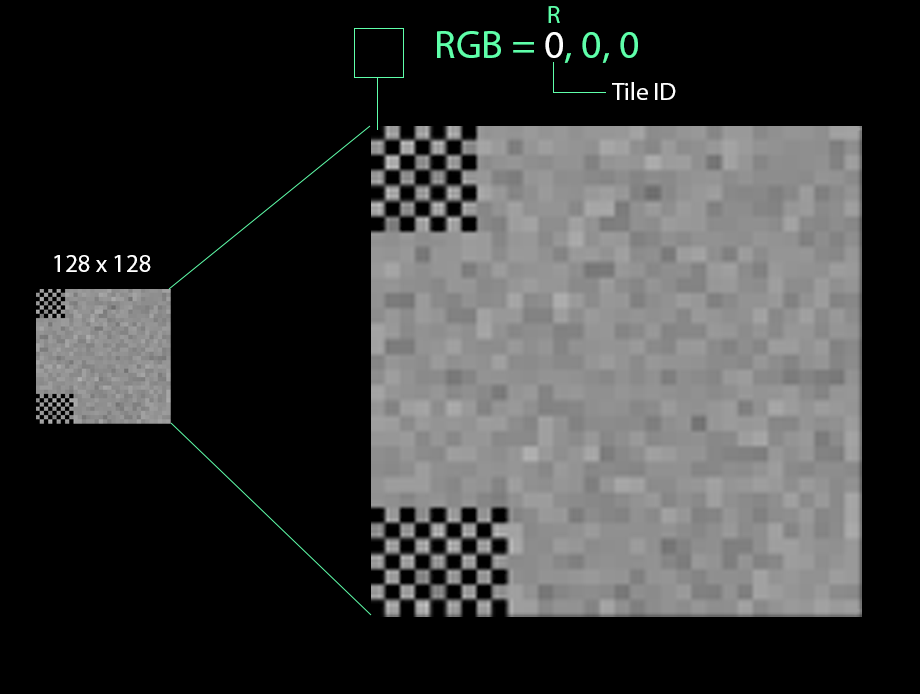 Putting it all together:

The right-most square is the screen output. On the image I just repeat texture... but what should actually happen is a tile world rendered from tiles on the sprite sheet.

I wrote the shader that is supposed to do this, but I'm stuck. I can render the sprite sheet itself, and even scale it on the sprite mesh, but I can't seem to get the tile IDs render at the proper location, matching the tile world data.

I do think I am really close and there are just a couple of modification needed to the shader -- so what am I doing wrong?

The following shader is what I have so far:

PS: I looked at every tutorial I could find on Google, and tried to re-implement it in my shader to no effect. This is as far as I got so far.

Can anyone point out what I'm doing wrong?

Update #1 -- I was able to get position sampling to work.

I painted a bit on the world map: 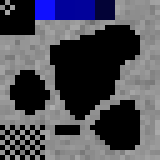 It's not perfect but definitely a step forward: 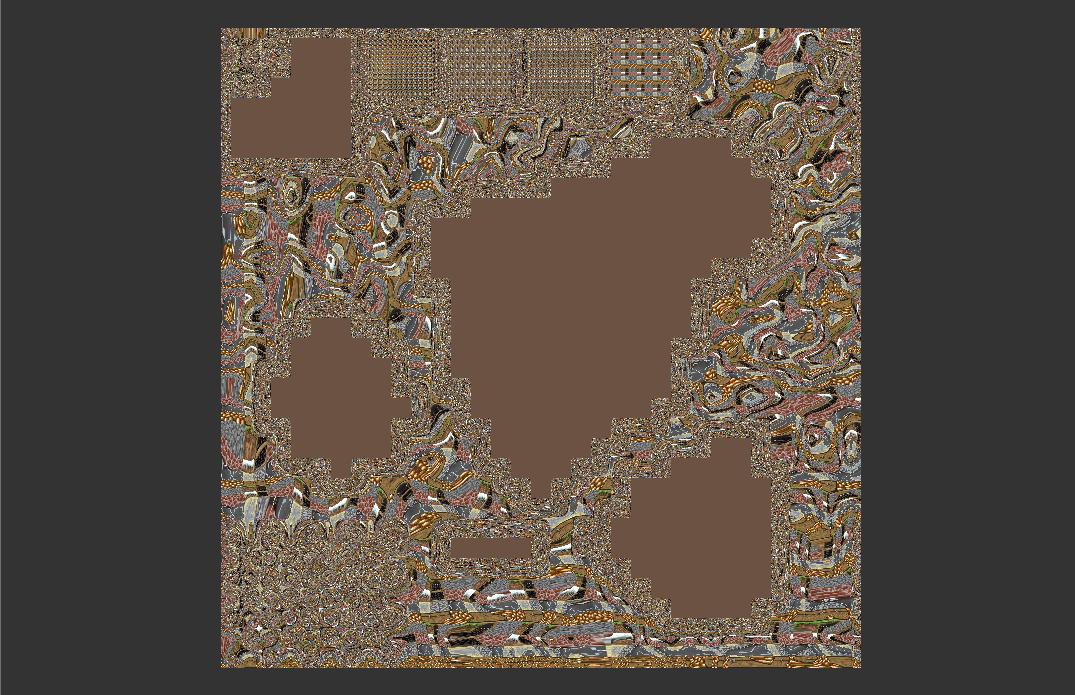 Adjustments made to the fragment shader:

Sure it's not 100% correct but at least map indexing works now :)

There is no need to have a secondary texture.

Instead, give your quad different texture coordinates.

For the sake of simplicity look at the following image:

Now when we want to draw a red tile, we send two uniforms (1,1) to the gpu program: The index of the vertical, and horizontal tile. This becomes our offset, and is computed in the vertex shader (normal vertex shader code omitted for brevity):

Because you are doing it in the vertex shader, the coordinates can be interpolated for each fragment using hardware, and the texture prefetch optimised for the fragment stage as normal.

Not the answer you're looking for? Browse other questions tagged opengl glsl .

17
What are screen space derivatives and when would I use them?
4
Any way to combine instantiated sprite renderers into one texture so I can apply into a plane at runtime?

0
Formula for replicating glTexGen in OpenGL ES 2.0 GLSL
14
OpenGL/GLSL: Render to cube map?
2
Masking OpenGL texture by a pattern
0
Draw cube in glsl shader
2
How do I sort with both depth and y-axis in OpenGL?
2
How to manage different shaders dynamically?
1
Flipping Textures in Modern OpenGL
3
OpenGL large tile map rendering
0
Using Fragment Color to store individual bits (GLSL) may introduce issues if OpenGL does any evaluation of the floats before writing them to memory