I have a code with several elements. One of these elements I would like you to initiate hidden.

So I did, set for the progress bar to start hidden. It started to go wrong when and I was calling its visibility (bind) the same stopped starting hidden.

I did a test with this problematic progress bar and another one created on time:

The progress bar that has the visibility setting function appears even if I set it to start hidden: 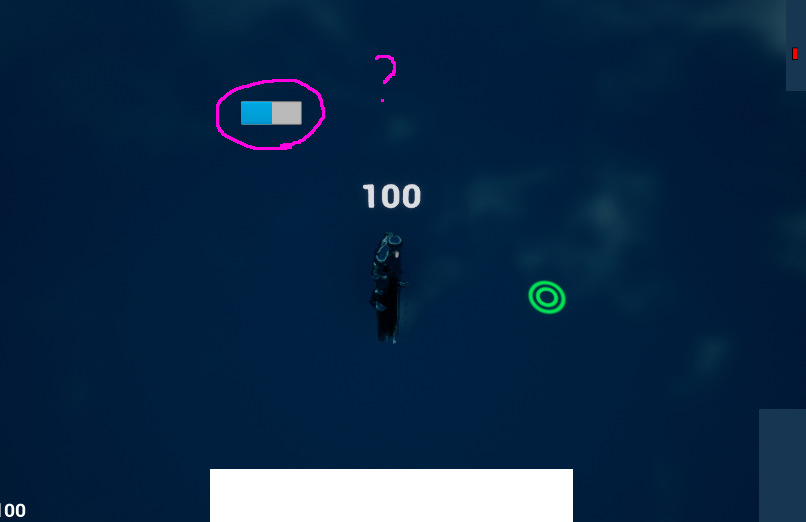 As I said, I believe that this strange behavior is due solely and exclusively to the fact that there is such a function: 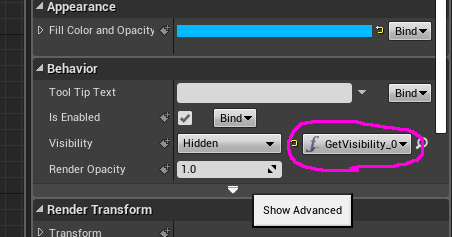 Even though I have created a boolean variable that imposes a condition, the bar insists on appearing:

The variable quoted initiates by default as false: 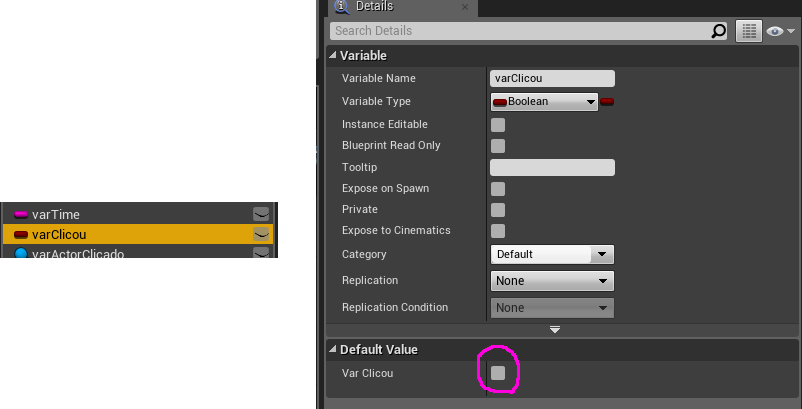 I thought the blame could be on the return knot, but as you can see in the fourth image, even putting "hidden", the progress bar appears anyway.

Shortly after asking the question I was able to solve my problem and somehow find out the reason for it.

When you create a function to set the visibility of the progress bar. By all indications, their visibility by default becomes true. Regardless of which option you select in the box (you can see this box in the first image of the question, circled in green).

With this code, the bar appears in the game.

As seen also in the question (image 3), the variable I created starts being false. And by the code it ends up that the commands go nowhere. As you could see, if you do not have code the default value becomes what counts.

Soon the progress bar is visible.

Thus, it is clear the need for you to have to define when the bar will or will not be visible:

Not the answer you're looking for? Browse other questions tagged unreal-4 hud or ask your own question.

0
Libgdx Hud with two stages
1
Problem with Rotating Third Person Radar UE4
1
How can I make custom progress bar in unreal engine?
2
Problem with folder structure and building project in UE4
0
Problem with Material Parameter Collection Reference Variable in Set Scalar Parameter funcion
0
How do one NPC follow a succession of target points?
0
Problem with action mapping
1
Problem making shooting follows an actor/object
0
Why is the Set new visibility doesn't resets the hair's skeletal mesh visibility to be visible?