So I've edited up an image to help show the problem, since showing the game itself is not an option: 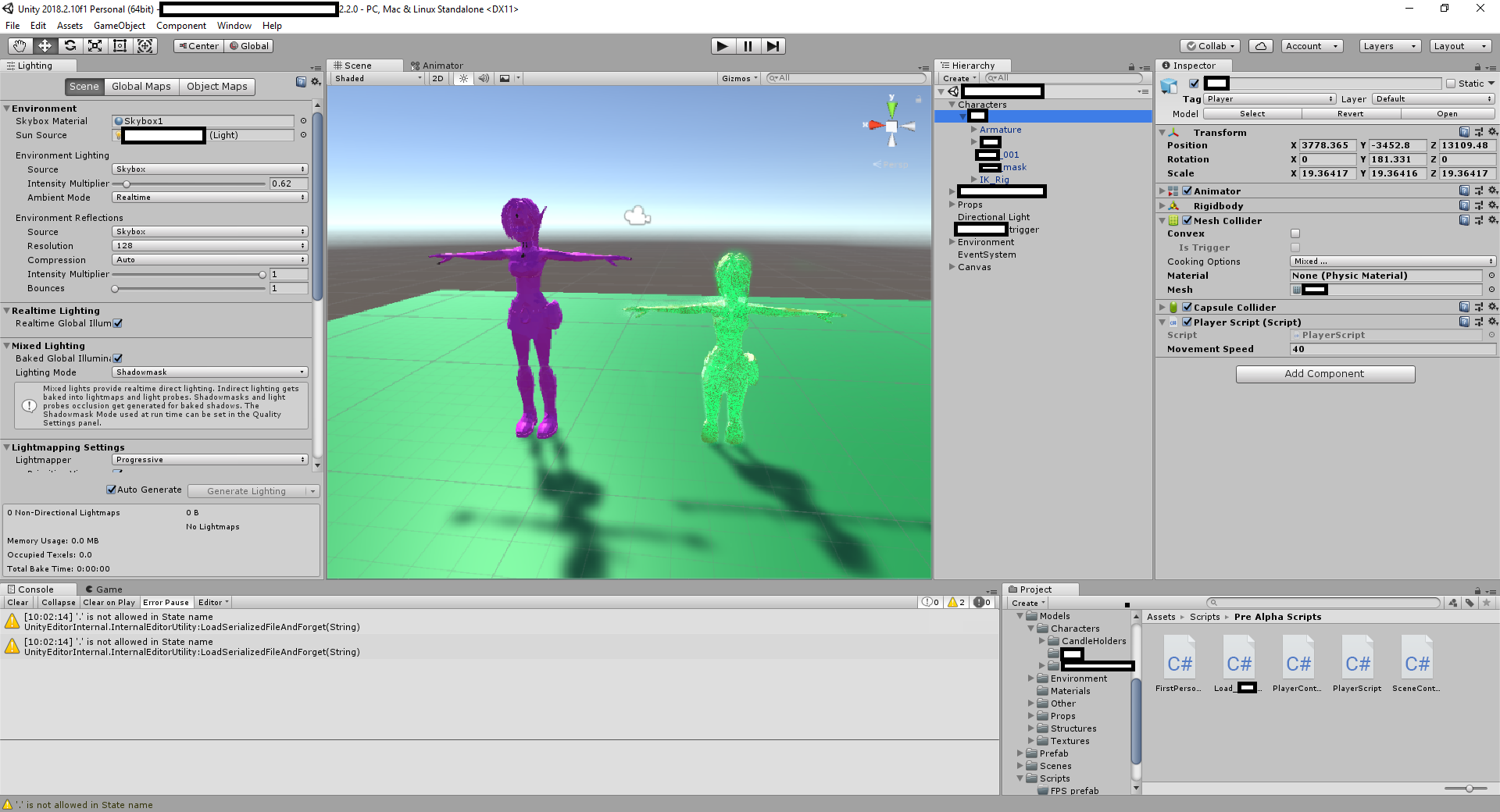 When I imported my model, the model appears normally, however when I actually put it into the scene, a duplicate of the mesh appears, off to the left and partially lower (as shown with the edited image above) and normally I would ignore it, however it's causing some issues with the camera, causing it to rotate outside of the model, and I'm guessing it's because this mesh is the center of the model.

I've been using Unity on and off for a few years but in all that time, I've never had this happen. Is it from how the model is imported, or something to do with the model itself? All the models in my game are 100% custom made, there are no assets. I'm really not sure what caused this or how to fix it.

edit: The green mesh is not visible when the game runs, you only see it in the editor.

This effect cannot be recreated with any other model, which is why I had the edited screenshot but just to show you the exact same thing with the above screenshot but in Unity with 2 models. The pink one is the regular model (just picture a different pose) and the green one being the mesh. 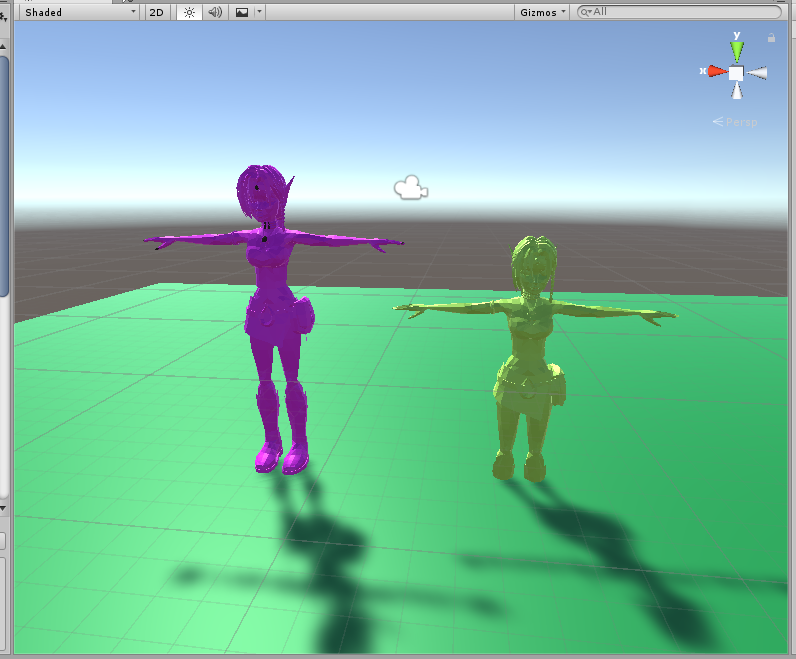 Again, the custom made model for this game is the only model I have seen do this and because I am not allowed to upload said model or even images vaguely resembling it, that is why I used the screenshot in the first place.

Browse other questions tagged unity 3d-meshes importing or ask your own question.

0
Scaling Model in XNA, keep position
2
MeshParts - Why do they exist?
0
Unity: Model Construction on the fly
5
Imported Blender .fbx model appears transparent
4
Why doesn't my material show up on my imported model (Unity / Blender)
0
AddForce not moving imported model in Unity
0
How can I apply a mesh collider in Unity to an entire imported model rather than a single piece?
0
Why is my spherecast returning an incorrect hit on mesh collider?