Mesh made in Blender is correct in Unity3D as a rendered mesh, but “empty” as a collider?

I created a simple stair "block" in Blender, and it's rendered correctly, but when I tick "Generate Colliders" and try to use it in a Mesh Collider, there is nothing.

(Ps.: I need the real mesh as a collider, not just that generated convex one)

Maybe a good clue is that my other objects' generated colliders are smaller than the rendered meshes themselves. Maybe this one is scaled to zero? 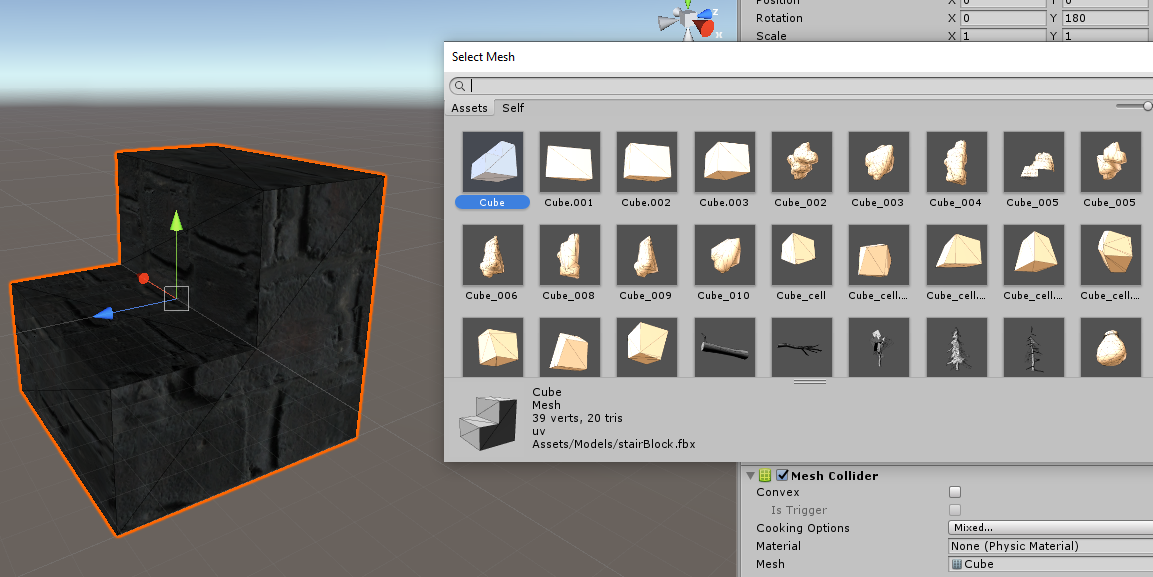 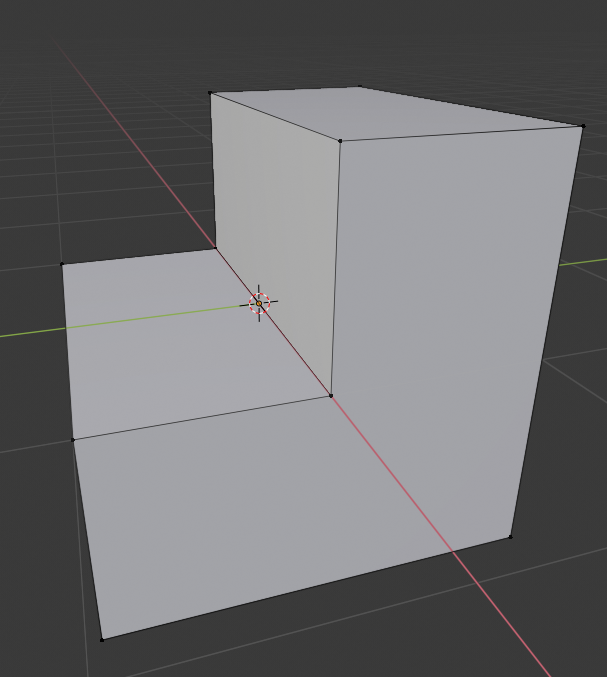 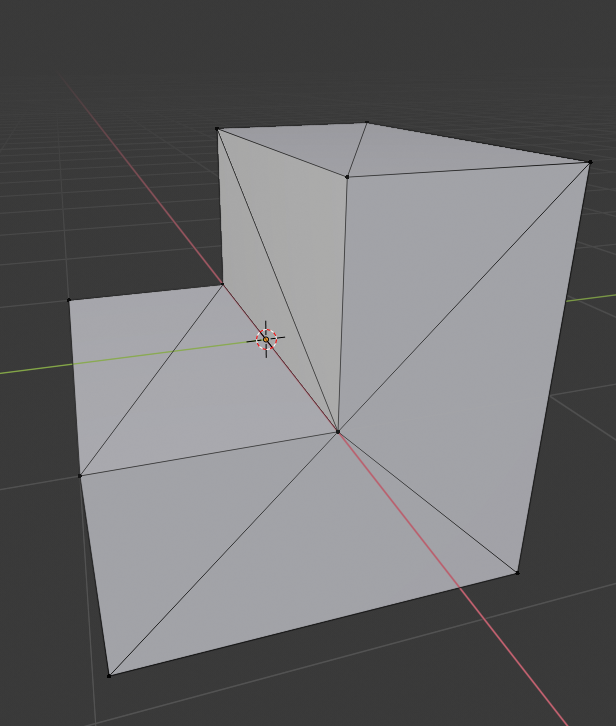 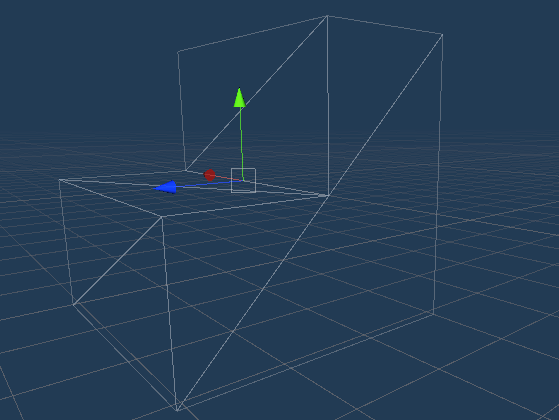 this is just a guess that I am pulling out. but I see a missing line on the side of your stairs. No line showing up in unity seems like a hint. 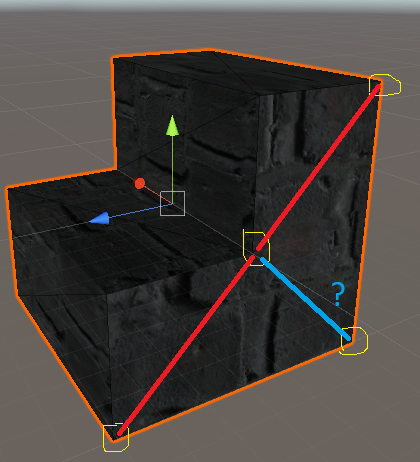 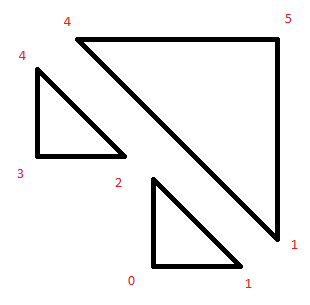 you can see triangles 012, 234, and 145 because of the textures on them. but i bet that triangle 124 doesn't exist. despite having zero area it is still a missing triangle. That's important because depending on the algorithms used a missing triangle may cause the collider generation to fail. for instance, without a closed mesh, there may be an issue determining where the inside of the mesh is to determine where the normals of the collider are.

in blender, see if there is actually a 125, 245, or 124 triangle. if not, then select the 145 triangle surface, delete it without deleting the vertices. then select vertexes 1,2,4, and 5 and create a surface across them. you may need to do the same on the opposite side of the stairs.

Before a model is sent to a graphics card and typically when a model is imported to a game engine or created in a suite like blender, everything is converted to triangles. it is how a graphics card processes all shapes, technically lines and quads are supported natively in most graphics card too, but are rarely used and not as well supported. As you can see in your unity editor, the edges of triangles are visible on the model as i highlighted above. Unity triangulated the model on its way to importing the model. With no line being visible between points 2 and 5, either unity is not drawing that edge or its triangulation algorithm failed to create it. after triangulating in Blender you do have that line. Have you tried importing that triangulated model to unity instead?

I hope that can help.

in future attempts we found that the vertex issue was not an issue. However we did stumble into another unity issue.

We found that when the mesh renderer was deactivated, the mesh collider generated correctly. We were able to solve the overall issue by nesting a copy of the same mesh inside itself. one level with only the renderer and the other with only the collider. This allowed the use of the concave collider

A first thought was that backface culling might cause troubles, but if you are using the default shader this issue should be visible in the rendering as well.

Did you play around with the MeshCollider Cooking Options?

Is it generating a Collider if you select the Convex option?

Not the answer you're looking for? Browse other questions tagged unity blender 3d-meshes collider or ask your own question.

0
Unity3D - different object with the same mesh imported from Blender
1
Blender 2.6: Move Mesh to X Coordinate of Another Mesh
0
blender imported sphere with mesh collider not collided
0
Stitching terrain tiles made in Blender at runtime
1
Unity mesh collider detecting collision on object empty inside
0
Shortcut for empty with collider
0
Unity - occlude a transparent part of a generated mesh with a non transparent part
1
Unity3d How to add collider to borders
0
Sometimes can't use the rendered mesh as a collider in Unity?