Where is the part of the code of the mouse click in the TopDownCharacter blueprint?

I have a project where by pressing the B key, the character after a time interval is teleported to a point on the map.

I can do this. It turns out that I imposed conditions so that at the end of the time interval the teleportation would be executed successfully.

It is as if the character must be meditating/channeling/motionless.

To do this correctly I use 2 variables:

Pressing the D key will cancel the meditating/channeling/motionless and the character will not teleport at the end of the time interval.

I can not identify the part of the blueprint that makes the character walk.

But I say almost certainly, that it's not in the TopDownCharacter default code.

The closest I got to something related to the mouse in the blueprint: 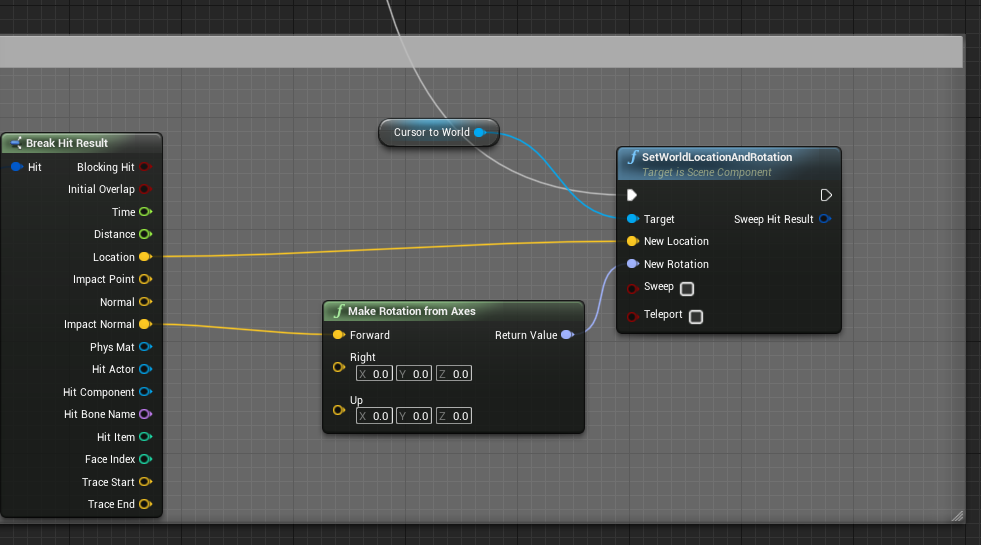 I suspect it may be in some of the TopDownCharacter components and I've tried something related based on this post: 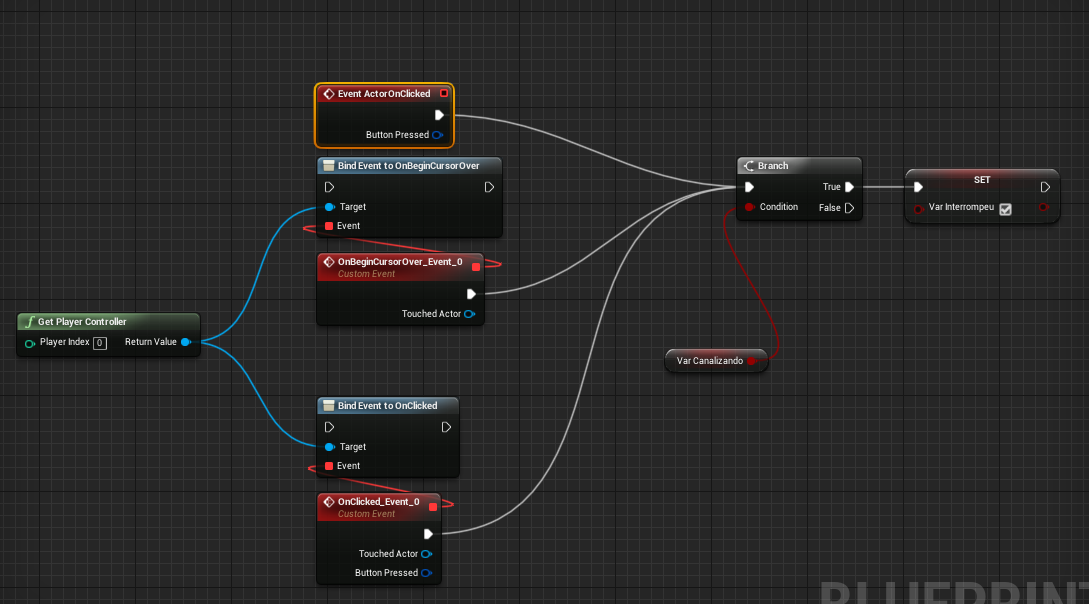 I consider it pertinent to inform that I have modified the standard click button from left to right, but I do not know if that is the cause of the problem.

I looked for the event in the component of the character that I found most suspicious, but none of them seems to me correct:

I tried using the Right Button Mouse, but neither the print worked:

On your character blueprint, there's a movement component which is where all movement is handled. You have two options:

You can now use a branch to check whether the value is greater than 0 and set varInterrompeu to true.

2: Create a new Vector variable in your character blueprint.

OnTick, check your actor location. If it is not equal (false) to the value of the vector variable, set the new location to this variable and set the varInterrompeu boolean to true.

If it's true, do nothing.

Not the answer you're looking for? Browse other questions tagged unreal-4 mouse blueprints .

0
AS3 Stage3D Mouse click problem?
0
I need to move an entity to the mouse location after i rightclick
3
Game Maker Studio - how do I disable mouse click for a duration of time?
0
Switch from left click to right click to make character walk in the Top Down Example, in UE4?
0
How do I make a blueprint run keyboard key commands?
0
How to call an event of level blueprint from NPC blueprint?
0
Game area where I can not click?
1
How to decrease the size of a distance?
0
Problem with action mapping
0
How to get the actor to follow the mouse while clicking and holding?