Only convex objects are considered.

My question involves how to detect the point of collision, so that when I apply a response force, I can also calculate torque.

I have used SAT algorithm to detect collision according to this reference,

Everything seems to be work fine , But as i get SAT only gives for objects are they colliding? as well as by how much?, it does NOT give you a reference point at which to apply the response force (and thus calculate torque).

I have looked at

None of them seems to be an answer

In 2D rarely you have only one point of contact. I never played with collision resolution in 3D, but i guess this case will be even more rare.

As for the answer, take a look at Erin Catto's (creator of Box2D) GDC 2006 slides (GDC2006 Catto Erin Physics Tutorial). If i remembered it correctly, you should apply force (impulse) to all vertices of contact manifold. In 2D it is the overlapping part of two objects (some clipping allowed). 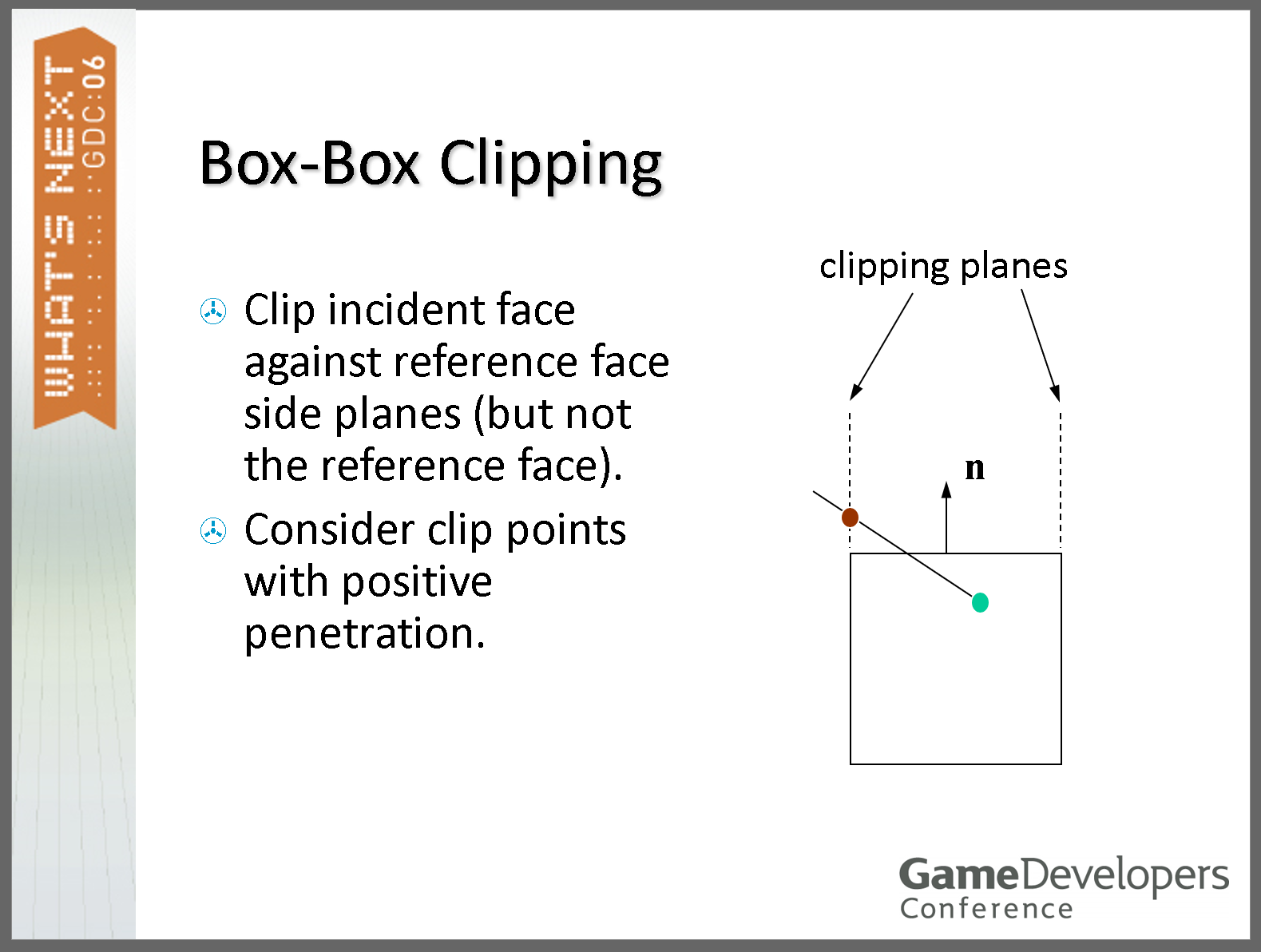 I really recommend looking at Box2D's source code. It's fairly easy to understand, and it's really well written and commented.

Ps. If you used only one point of contact, stacking boxes would be similar to stacking needles on each other... vertically.

Not the answer you're looking for? Browse other questions tagged physics collision-resolution physics-engine or ask your own question.