I have a project where a minion overlaps the tower.

Needless to say, the problem occurs when more than one minion overlaps the tower at the same time.

It turns out I've figured out how to go through this problem, or at least ways.

It is only to condition a certain event/function once and define a loop.

I can cause the damage to be applied to the tower correctly if I make the code in the tower (adding an information about the amount of minions overlapping the tower). 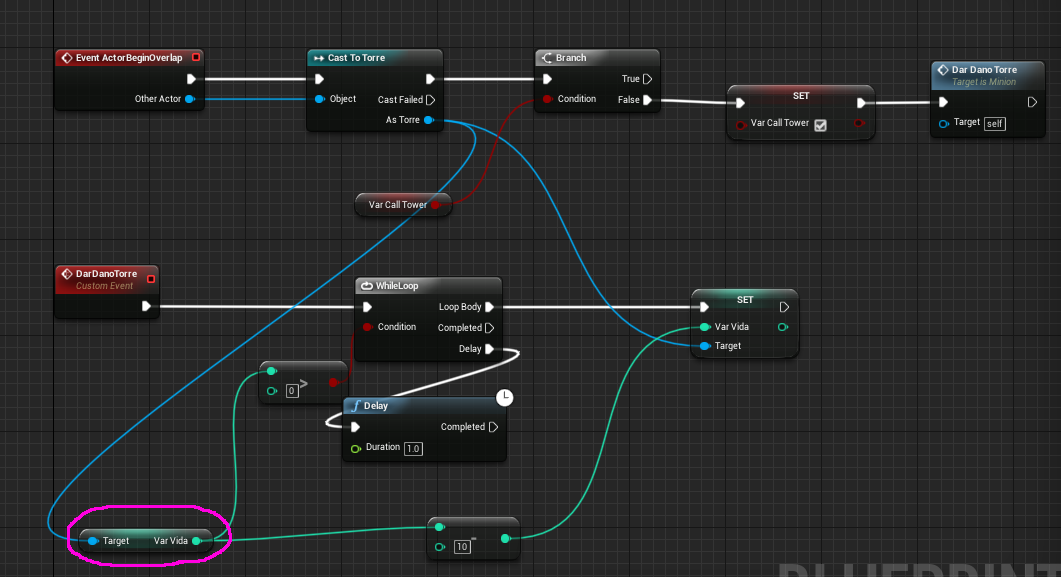 The problem is that the overlap oscillates. This disrupts the reception of variable information, since the minion at some point stops overlapping the tower.

I tried to fix this by adding a parameter to the event, but using it I can not reference the tower variable: 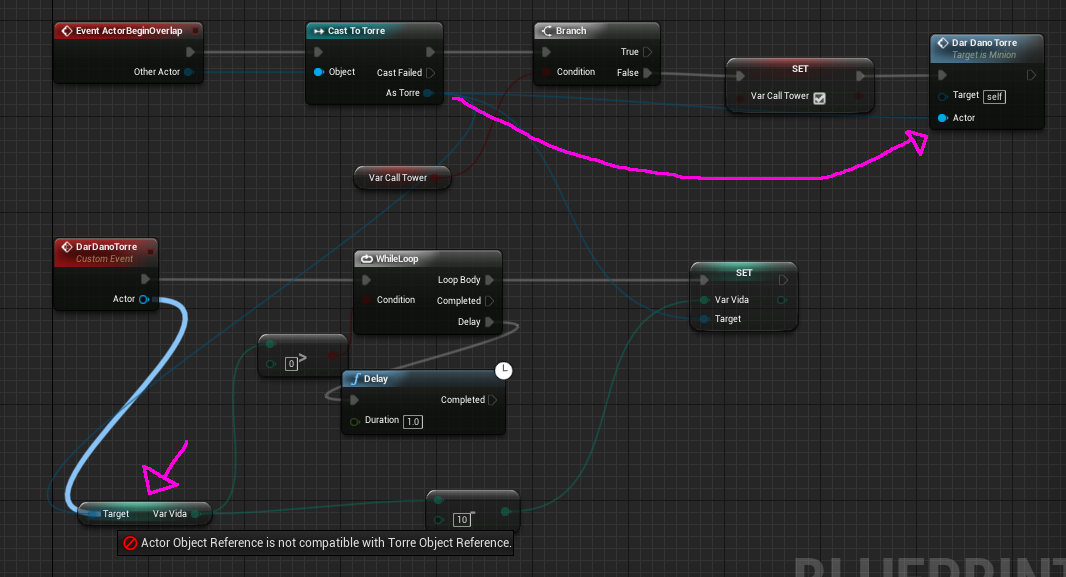 Not even using the construction script: 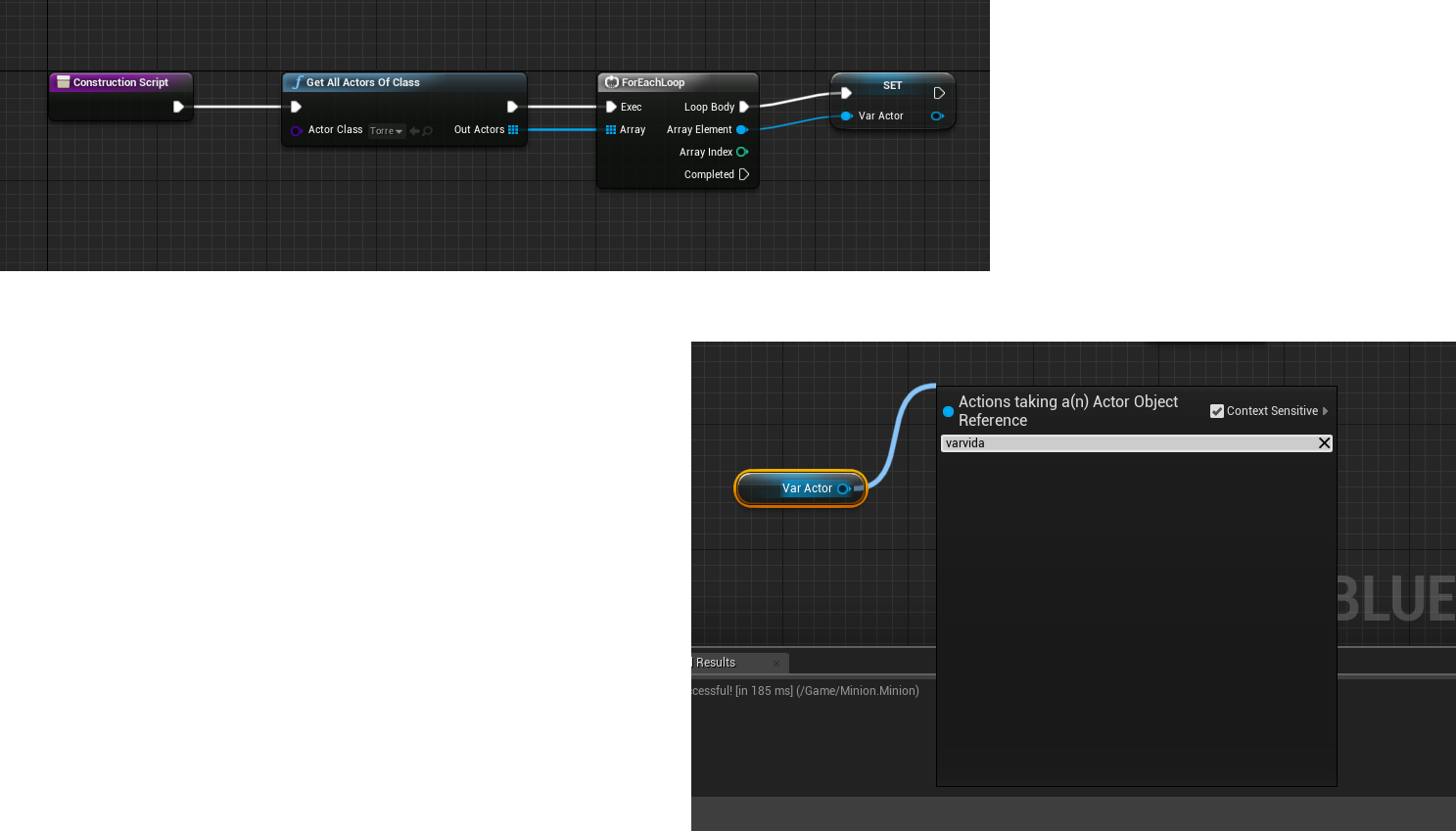 But all that I tried in this sense, something similar happened to that shown in figure 2.

Finally. To store the information of the tower that is colliding with the minion, just create a parameter with the type of the tower object, and not as an actor:

That way, since the event is called only once because of the boolean variable, everything works out. The reference does not fail and the damage to the tower is applied correctly regardless of the amount of minions.

Not the answer you're looking for? Browse other questions tagged unreal-4 blueprints overlay or ask your own question.

0
How can I get a reference to an actor that's already in a scene in Unreal?
0
How to return reference from BlueprintImplementableEvent?
0
Problem with Material Parameter Collection Reference Variable in Set Scalar Parameter funcion
0
Overlap detection does not work correctly when there is more than one warrior colliding with the tower
0
How to make a texture appear the same way in a cube?
0
How to make an action perform only after an animation has run?
1
Passing by pointer-reference in blueprints with C++ definitions
2
Unreal Engine: Object Reference is not compatible with pawn Object Reference
0
Make my Character face the same way as my Camera as I rotate the camera