What would be the benefit of placing all of a room's textures on an object outside of the camera's view?

Pokémon XD: Gale of Darkness does an odd thing with textures. As described in this video, all textures for a room are placed on an object outside of the camera's view:

This kind of caught me off-guard. I wasn't really expecting anything to be on the other side of this room, but when I turned the camera around, it was all the textures that were inside this room plastered into one spot. Now I can't explain this whatsoever; I've never seen this in any other game that I've covered. But what's really odd is that this isn't an isolated case, this happens periodically throughout Pokémon XD. Now it's not in every room and city, but from time to time, you will see its textures on some type of object in an area that's off-camera. 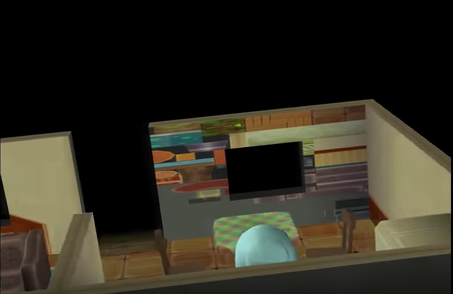 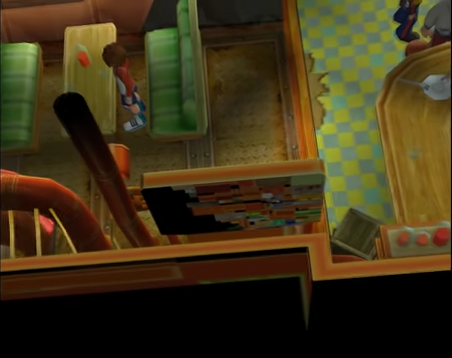 What would be the benefit of doing this? The scene is shown to the player all at once after loading, so I'm not seeing how it would help with loading times or anything.

Even though the scene is presented to the player “all at once,” a well-known dummy object that has all the textures mapped to it could conceivably be part of a technique to pre-load the texture data as part of a streaming load phase in parallel with loading the geometry or other data.

However in the specific case of these screenshots, it’s probably simply that the surfaces were known to not normally be visible and as such have “default” texture coordinates that cover the whole atlas otherwise used by the room. The fact that it doesn’t always show up and that the objects or surfaces affected are part of existing geometry would, I’d say, also indicate that this is the case.

Not the answer you're looking for? Browse other questions tagged textures or ask your own question.

9
Is there a name for this technique to put the tiles on the corner of a level?

12
How do 2D art assets (eg. sprites) work?
0
Why do my 512x512 bitmaps look jaggy on Android OpenGL?
1
SDL_Image and typical SDL BMP loading fails completely
2
XNA 4.0, FBX and Texture Loading Failures
1
LibGdx - How can I correctly handle tile transitions / connected textures?
0
Cubemap texturing issue D3D11 (C++)
2
OpenGL managing many textures smoothly
5
How can I let players “scrape away” one texture to reveal another?
0
What is the most efficient way to load all the textures?