i am trying to practice on loading data from json files my problem is about when i try to load the sprite path from the json file to load the image icon from the floder that contain it, i manged to do that but by hard code the path but when i try to use variable to hold the path its failed to load any one can help me in that please 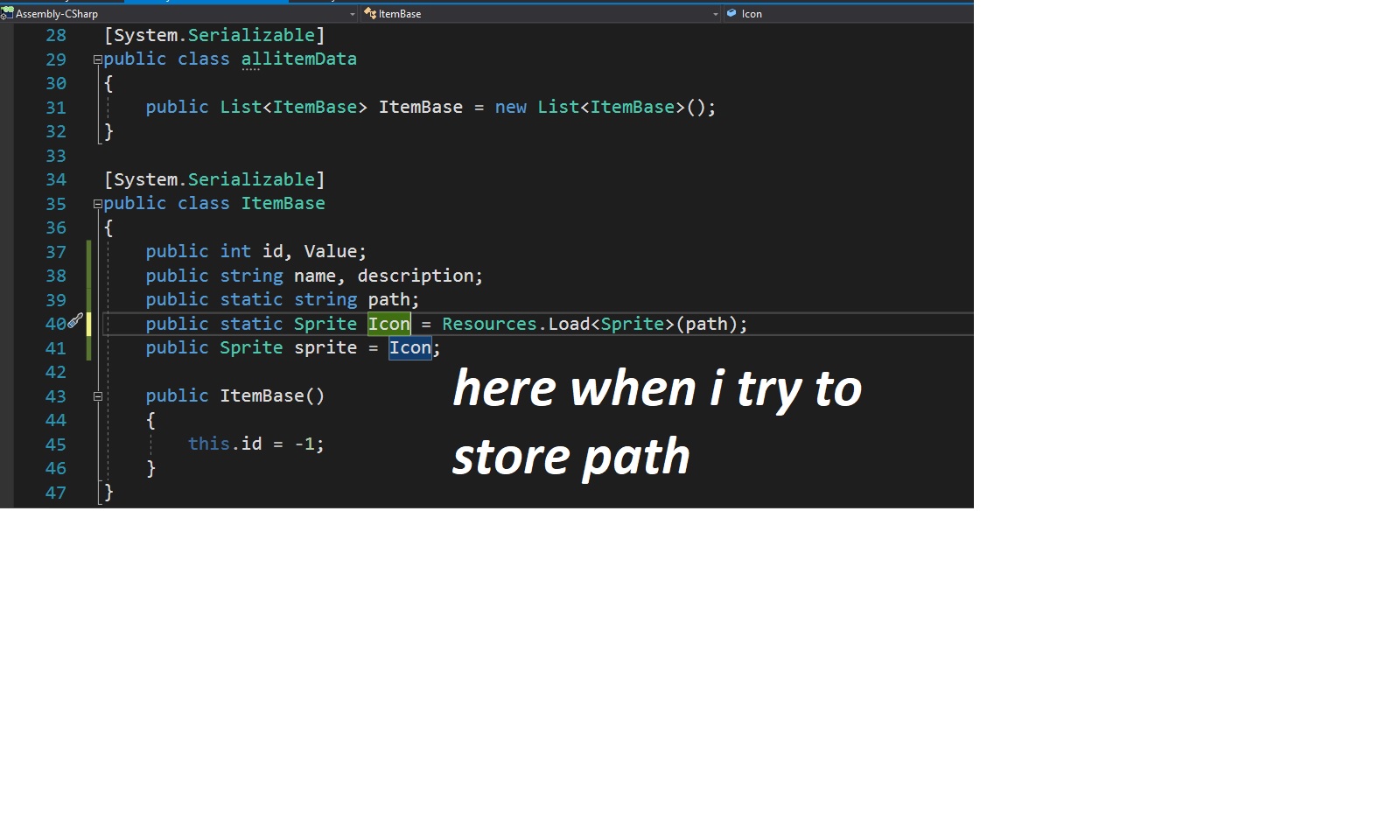 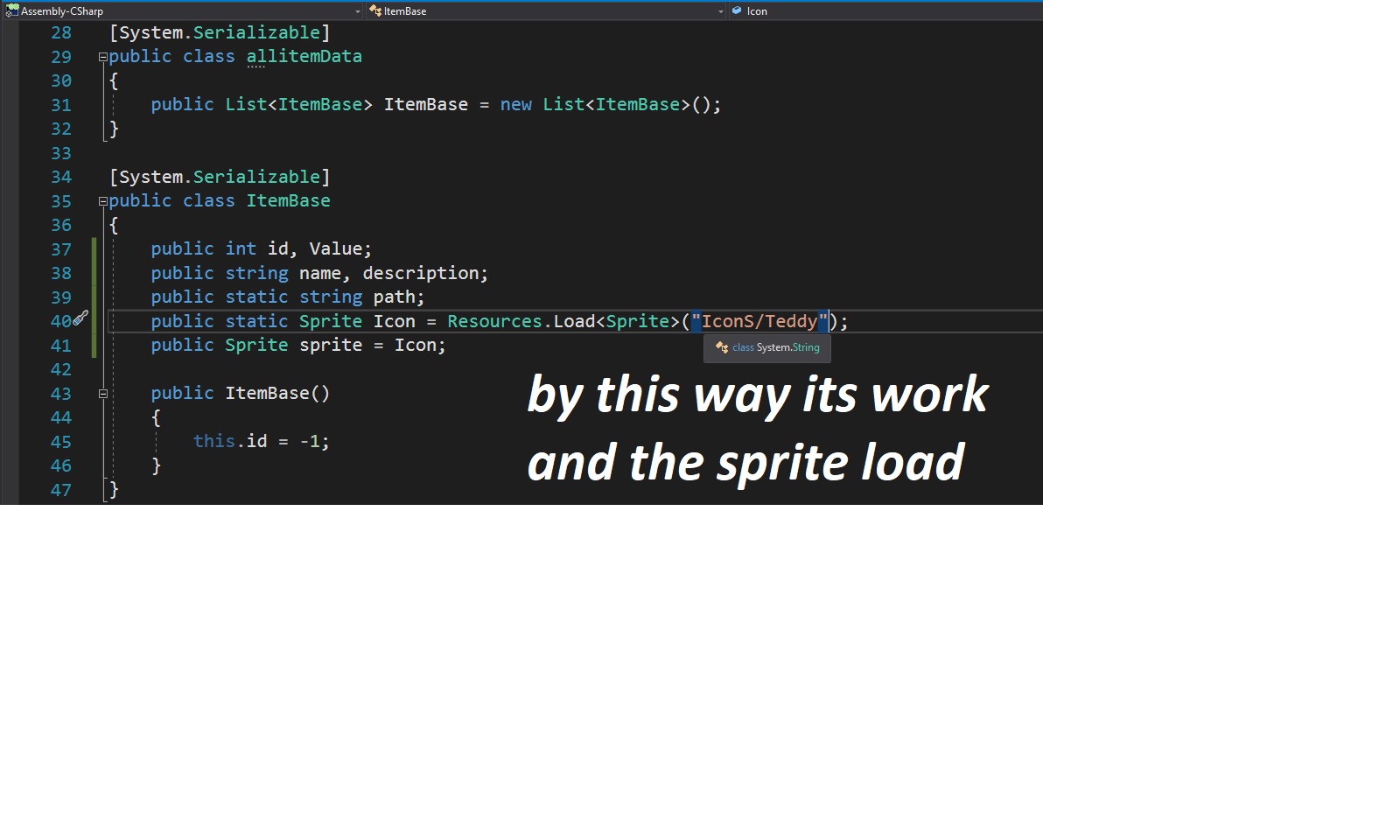 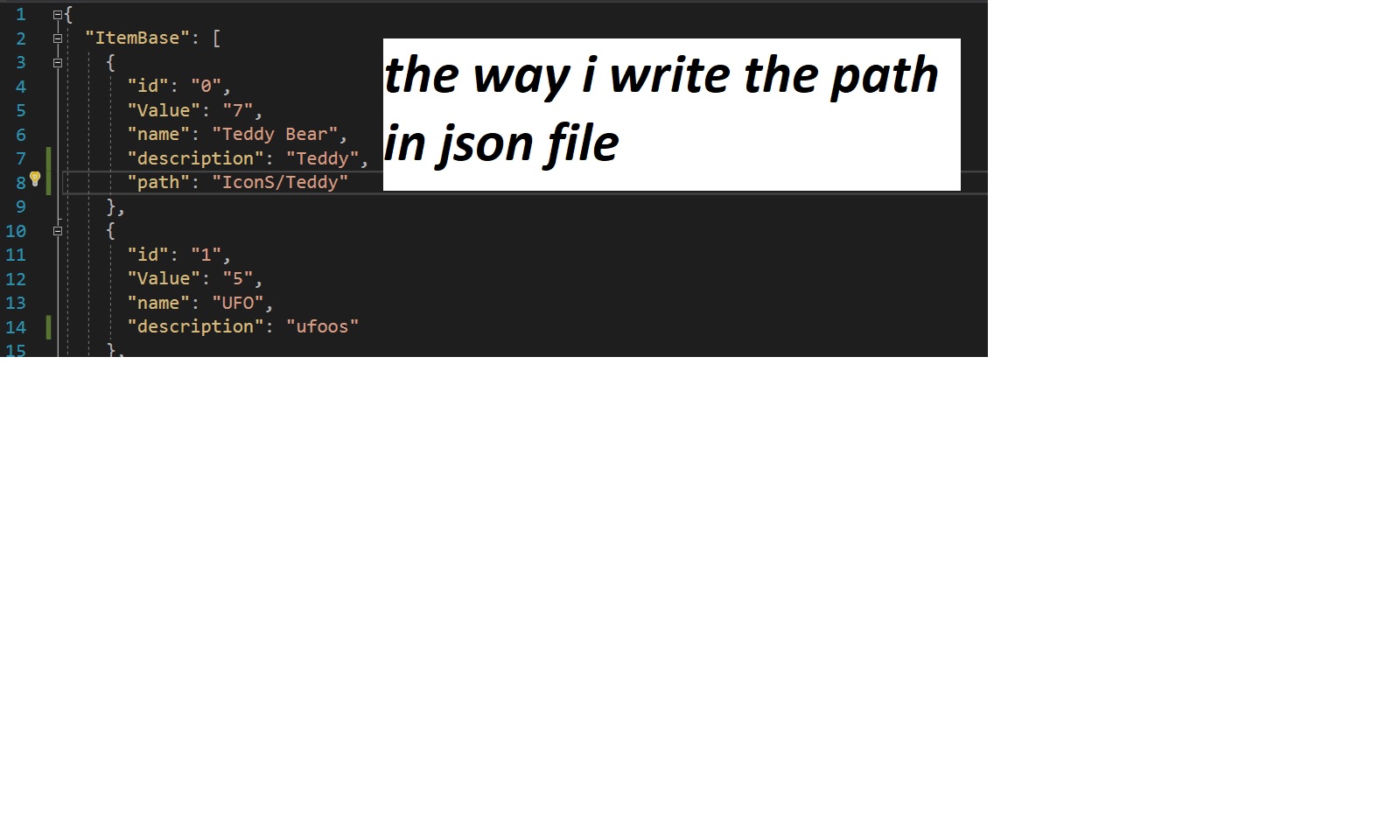 First thing, in this circumstance, static is not going to work (Follow the link if you don't know what static does exactly). Although in this case the compiler gives you this error without the static keyword:

I'm answering this under the assumption that this is the reason why you made it static in the first place, if you had a different reason to do that, because you want it to be static, please notify me and explain your reasons behind that. This error doesn't mean that you should make it static. Because static variables are tied to a Type (ItemBase in your example) instead of the instance of that type. Meaning that if you change it, you change it for all ItemBases, not just the one you want. Also, JSON doesn't (de)serialize it, so that won't work.

As to why you get the above error, see the documentation. This documentation tells you that you should set this value in a method, preferably the constructor. However, because we are Deserializing the constructor is called before the values (id, value, path, name etc.) are overwritten by the JSON values. Meaning we can't use the constructor for this.

0
XNA game structure question
0
Get enum value "string", and get int value of that
1
Way to deserialized or load last save state scene with GameObject and other classes instead of storing normal fields via binary format?
0
Instantiate a sprite using json data value (C# Unity)
3
How to completely stop the camera from clipping into the ground
2
Unity JSON parsing Array of Objects problem - error: JSON must represent an object type