I have an actor (Minion) with a Text Render just above it mesh:

As you have seen, I defined your rotation as absolute, so the text does not rotate along with the actor.

In the game the rotation setting is good and acceptable at various times: 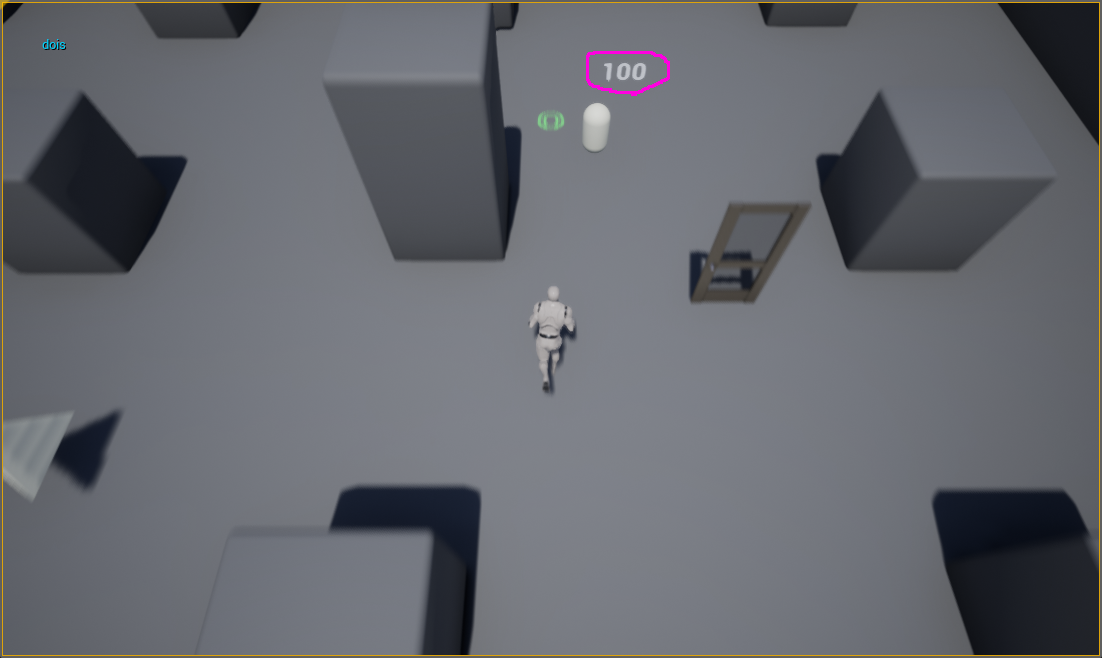 At other times it is very bad: 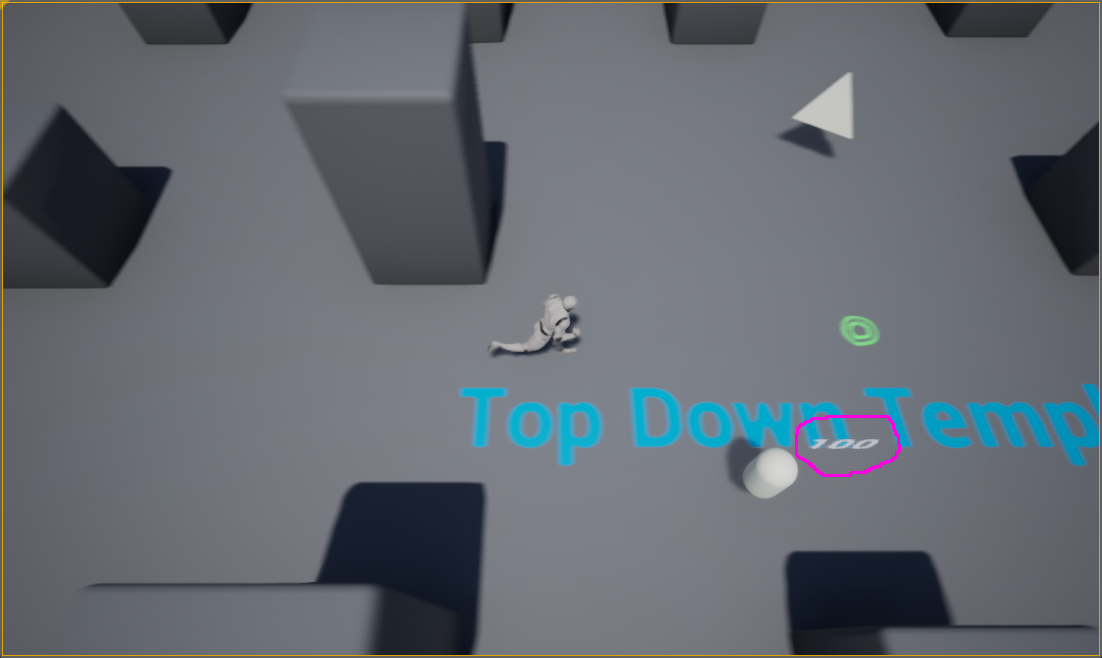 An example of what I want is something like the life of the champions in the League of Legends: 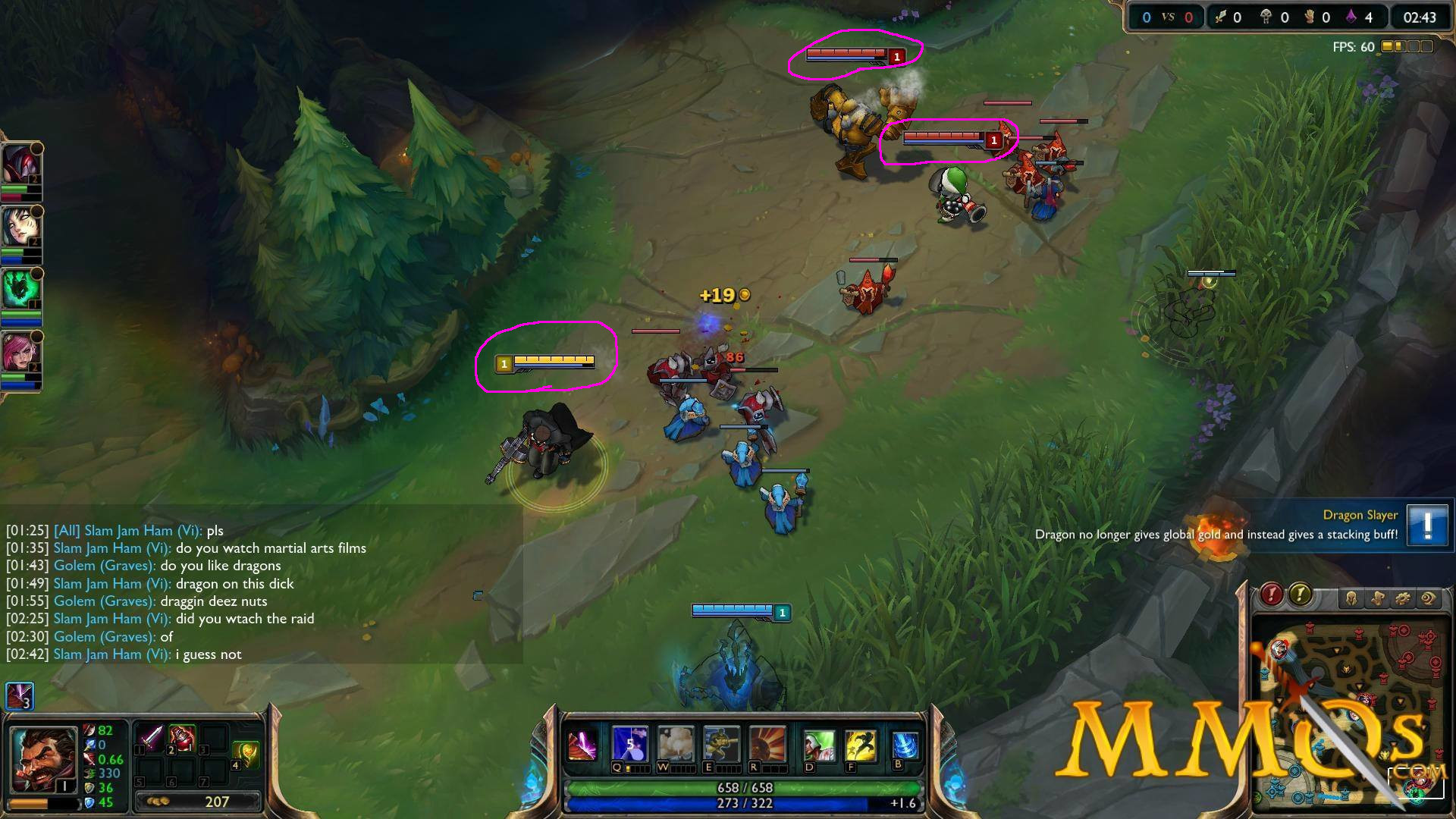 I would also like to know how to do this when I am simulating: 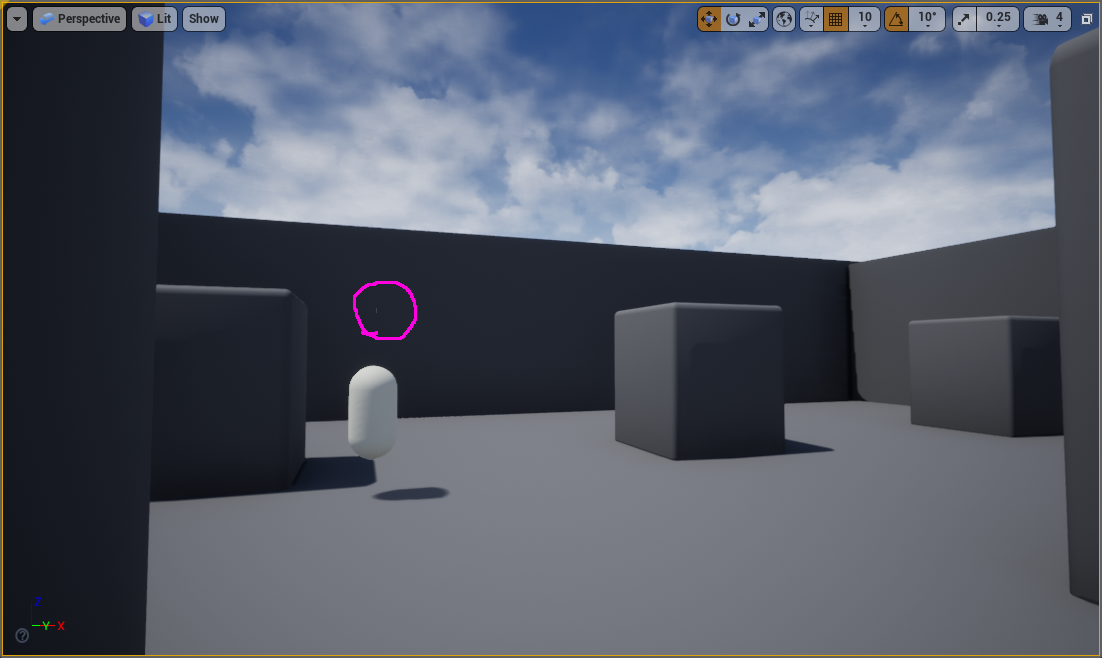 I've made some attempts at the camera of my main character. And I got some of what I tried. 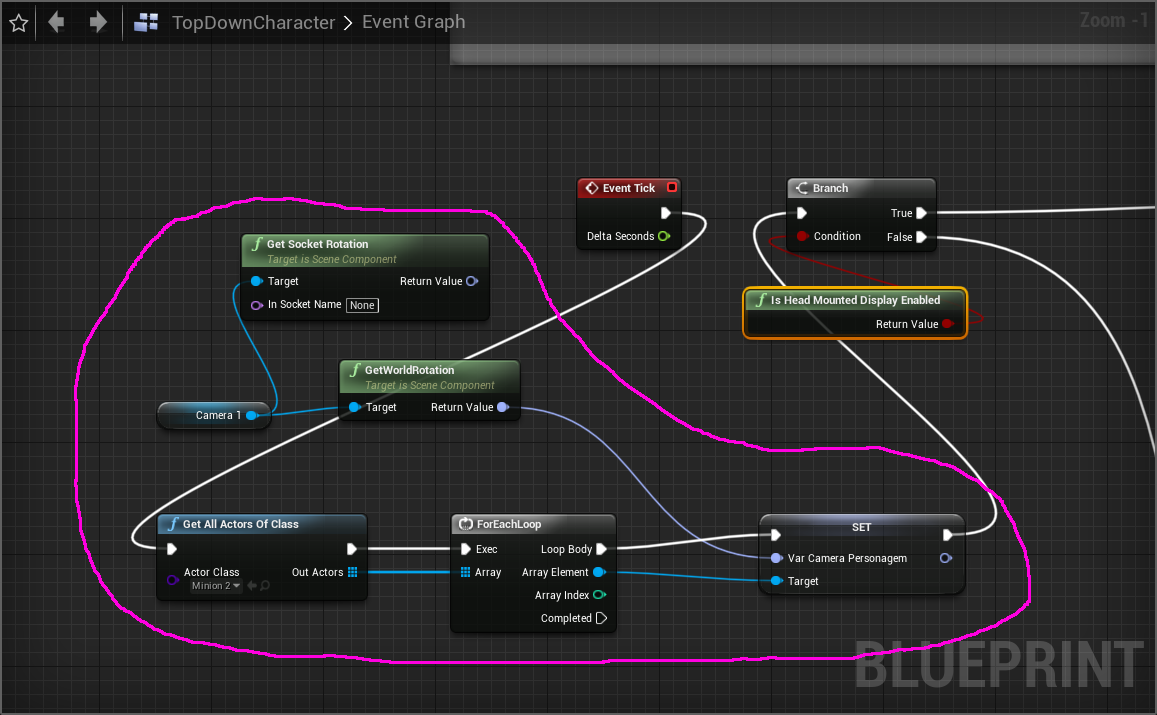 I know I could put on the Event Begin Play because the camera does not rotate. 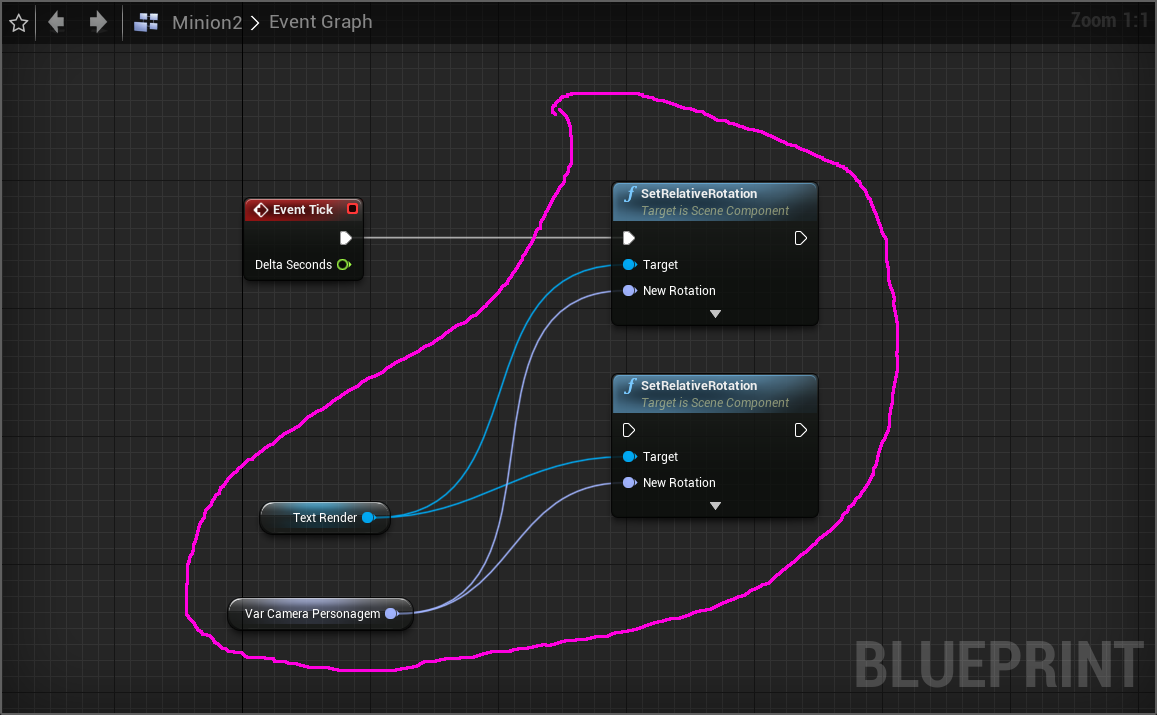 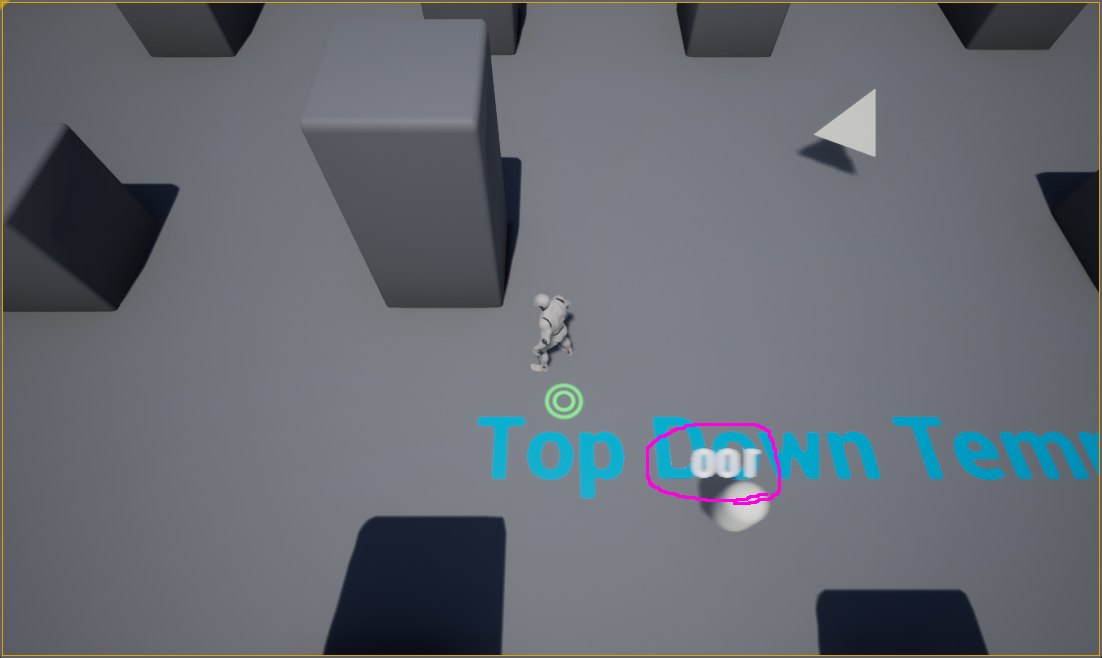 Ignoring the fact that the text is inverted. I tried Split Struct and added 180 to each of the 3 axes (ROLL, PITCH, YAW) and I could not solve it anyway. 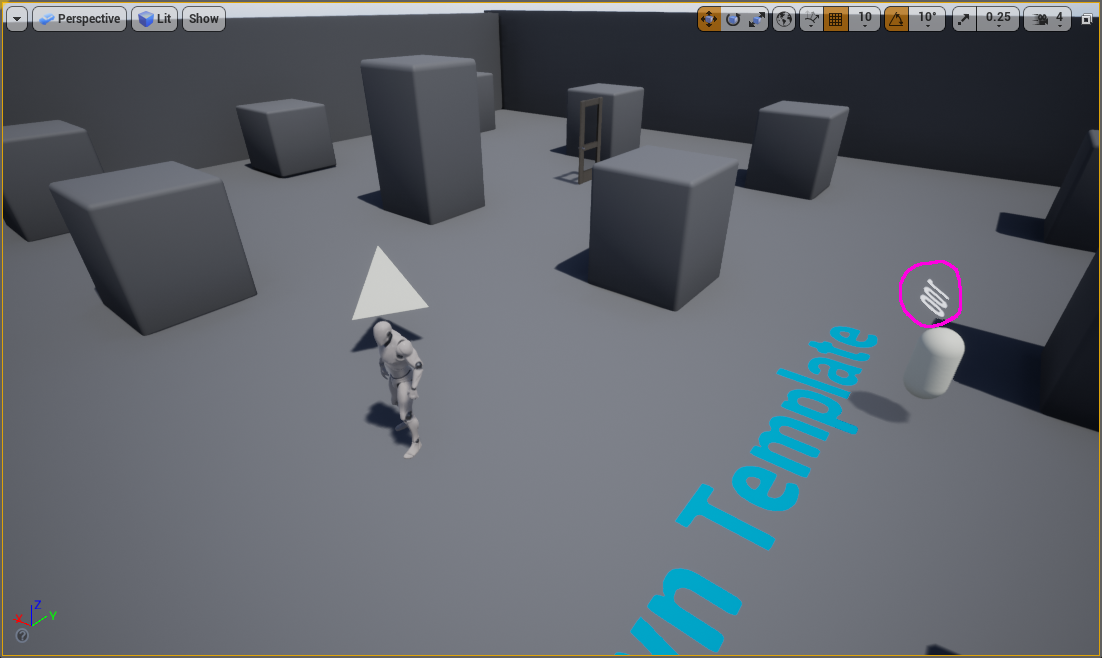 EDIT 1 (Attempt made based on a_rrat's answer) 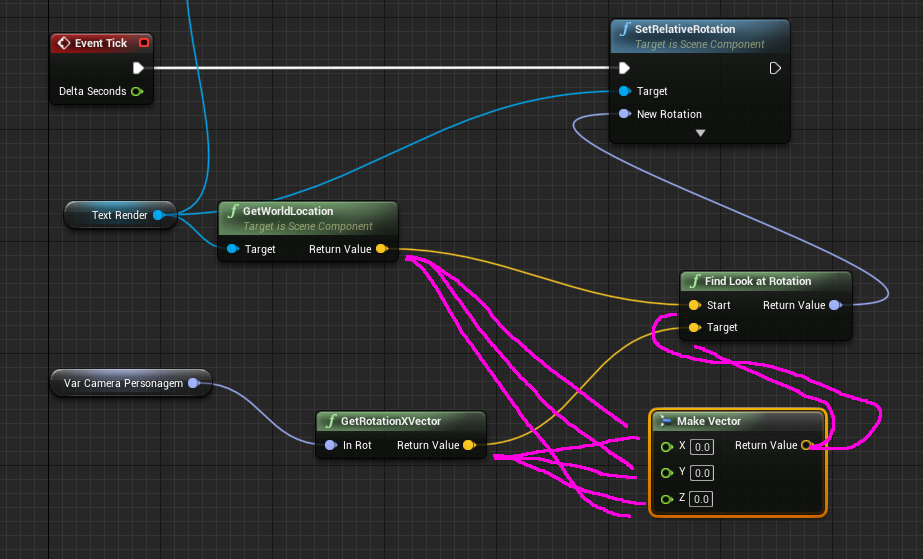 I think I tried all the combinations and none worked the way I would. The combination defined in the image made the Text Render spin.

EDIT 2 (Correction of the attempt I made wrongly)

Correction that I did: 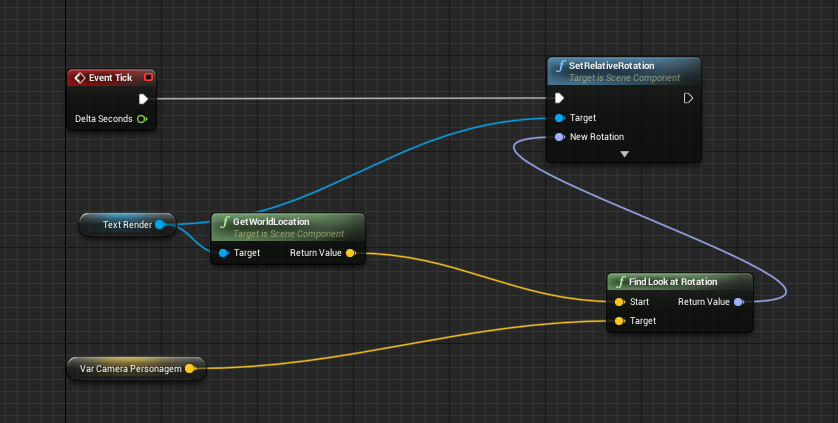 With the answer I was given I noticed a marked improvement. 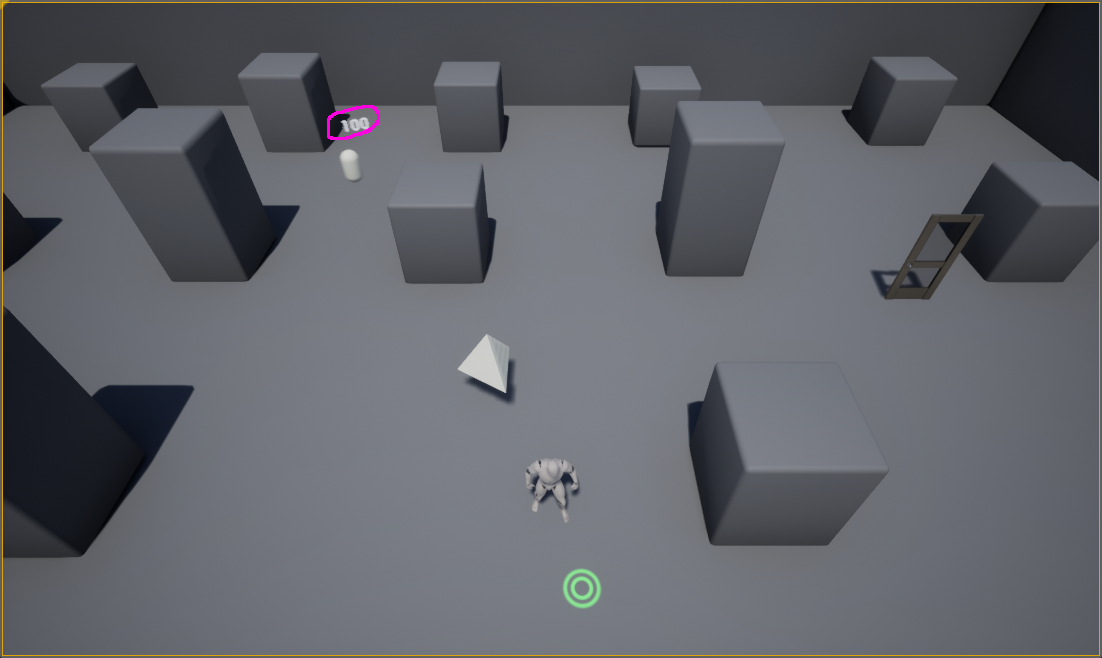 Besides the value is no longer inverted. 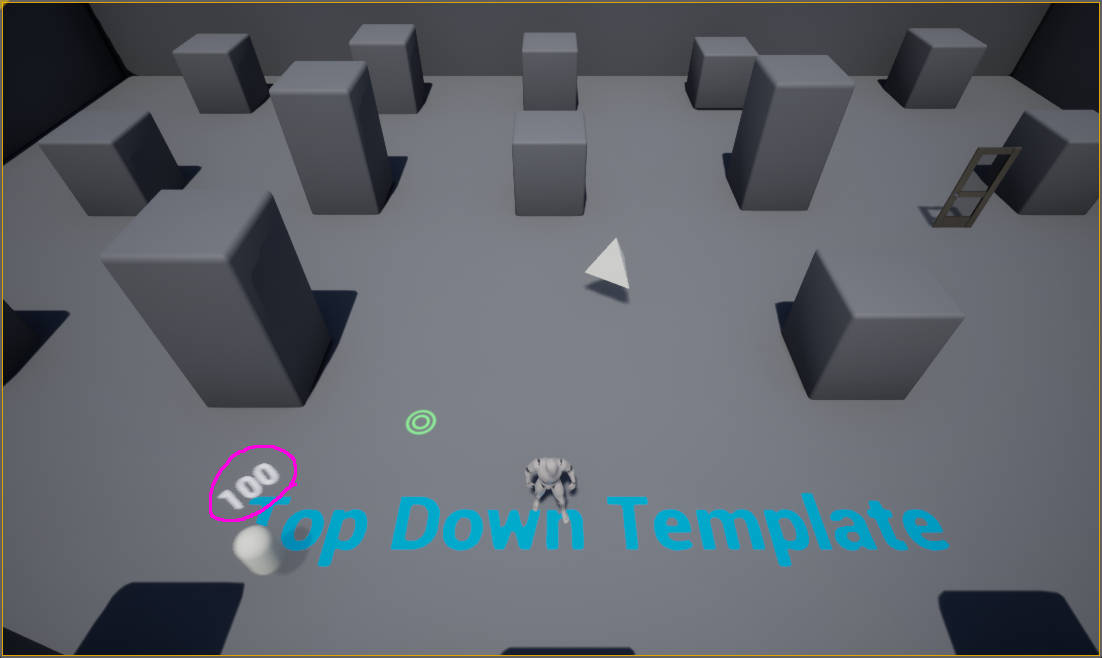 But I still have not got what I like.

Result I am looking for: 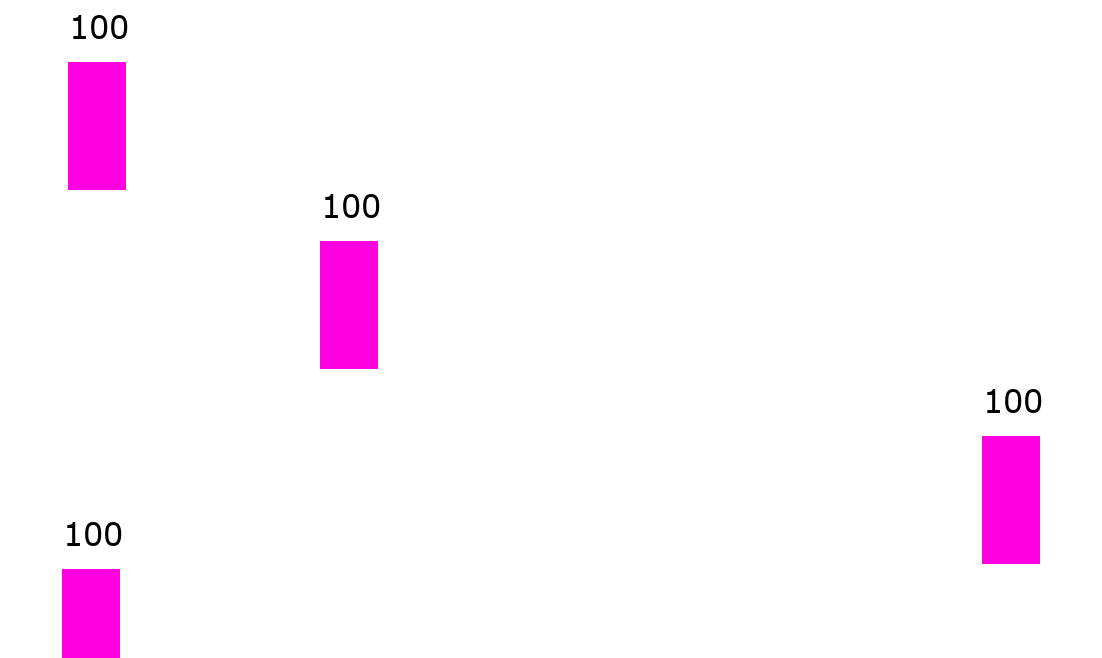 I wish life would be displayed the same way anywhere on the map the character is on.

In game there was no difference.

EDIT 4 (Trying to explain what I want to happen)

I think that because I can not speak English and have to use programs to translate things for myself, I do not know the best way to explain my doubts, the best words, among other things.

I think the best way then to try to explain what I want is with images.

I want regardless of the location or angle life is seen in the same way. 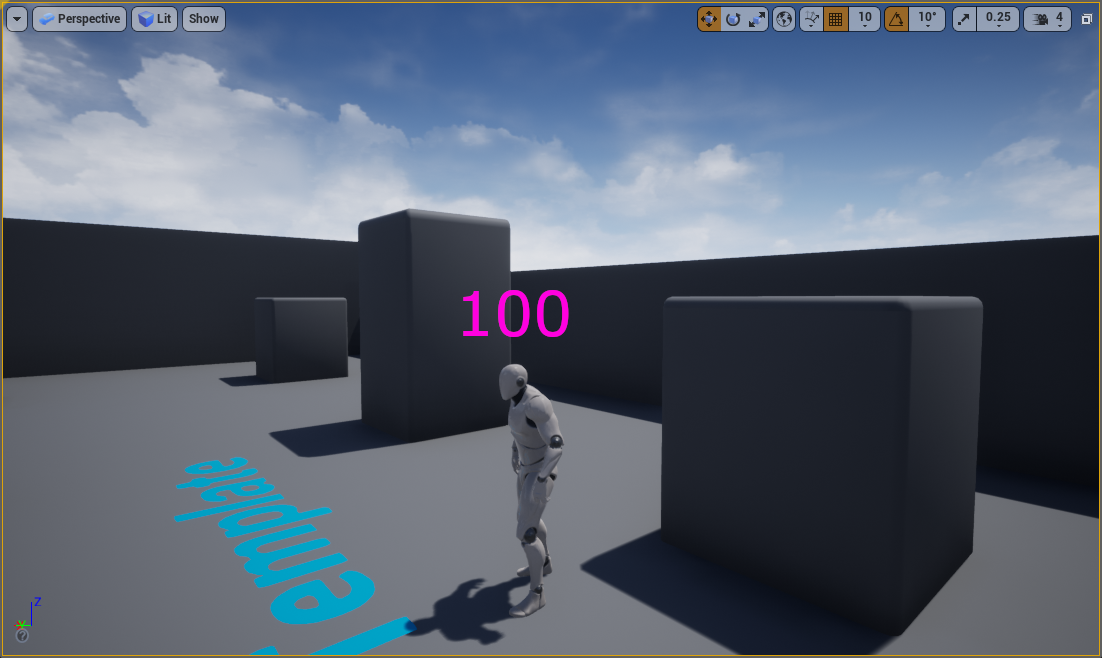 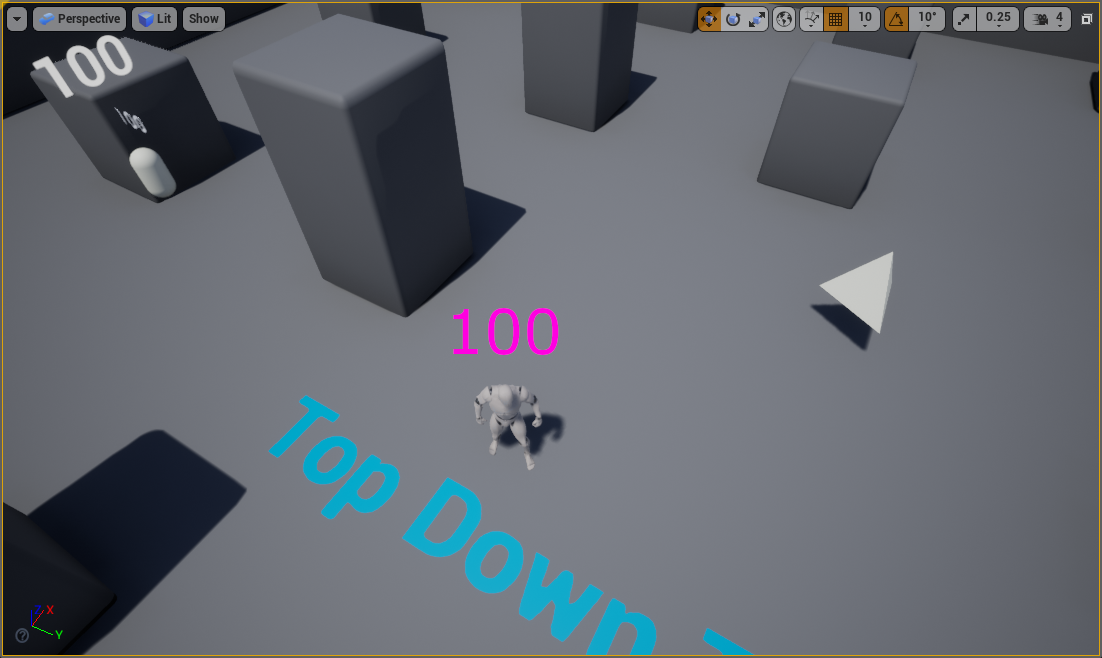 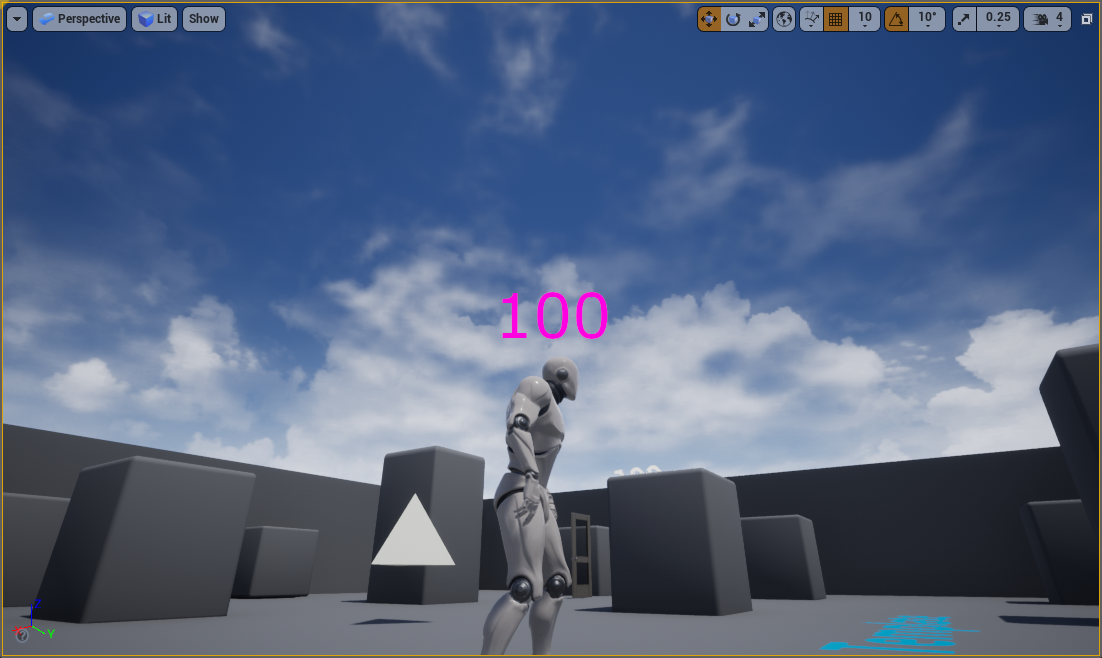 In the LEAGUE OF LEGENDS anywhere on the screen that the champion is, the life bar appears the same way. I would like to achieve this result.

To make this work in the same way as your League of Legends example, you need to put a Text inside a Widget component which is attached to your character, not TextRender.

The reason for this is that you can set the Widget to display at the same location in world or screen space so it moves with the character and does so automatically with rotation. 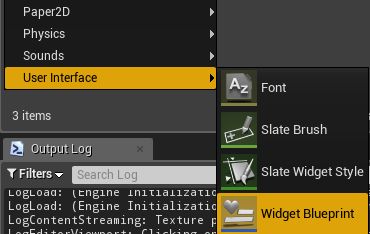 Drag a Text component onto the canvas, use the font options on the right hand side to get it the size you want, set the Anchor in the middle then shrink the canvas size to match the text.

IMPORTANT! Make a note of the size X and size Y of your Text component.

Now go into your character and add a Widget component to it. 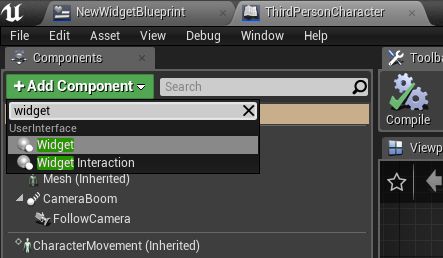 In the details tab, under User Interface, change the Draw Size to that of your text component and make the WidgetClass the name of your created Widget. 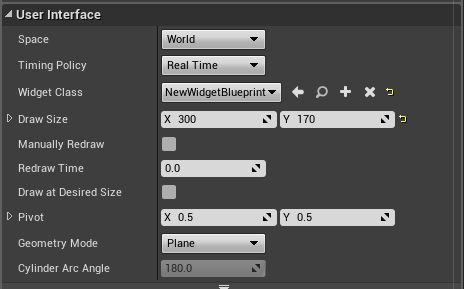 Move the widget around as necessary to get it above the character as you wish. If it's a third person character, you may also need to set the rotation to 180°.

Finally, under User Interface, change the Space setting from World to Screen. This will make the widget disappear from the blueprint (though you can always change it back if you need to make adjustments) but when you play, it will be with the character in the same location at all times. 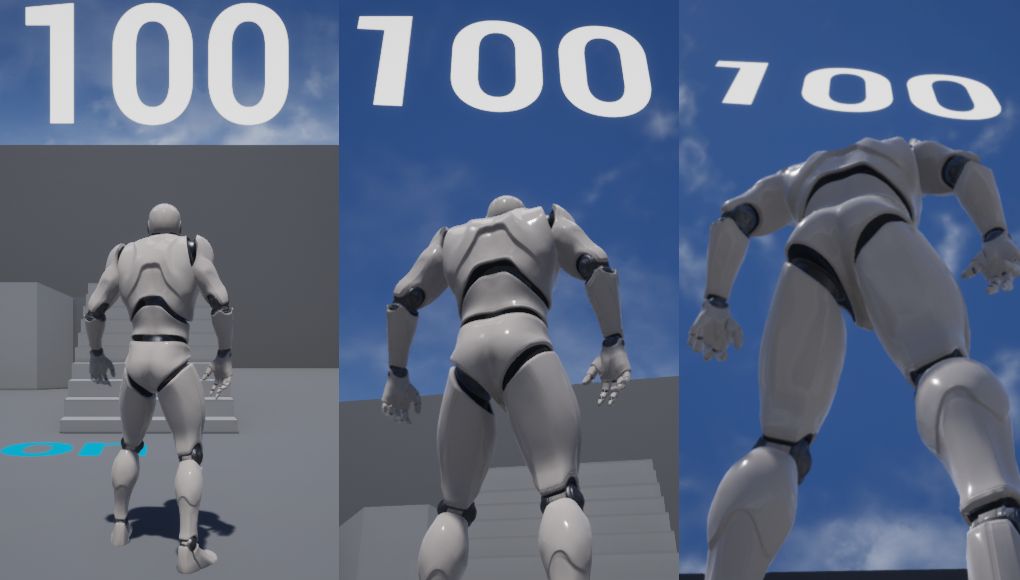 Using this method will make the widget appear exactly behind the character. If you want to have it rotate with the character, you need to get the default Z rotation of the character (270° in the Third Person character) and the default of your widget (180° in my example) and calculate the difference per tick.

This will now always display with the front of the text, no matter the rotation of the character on screen.

This was years ago but I wanted to add in, for anyone curious and struggling like me, how I did this.

You set the world rotation of the component in question to the value of your camera's rotations as follows. Get the PlayerCameraManager, get Camera Rotation, and break out the rotator. You're going to make a rotator for your SetWorldRotation pin and input

This image shows what I mean. The blue line is mean turning this into a Quat and back to a rotator, just incase gimbal lock messes with this at all. 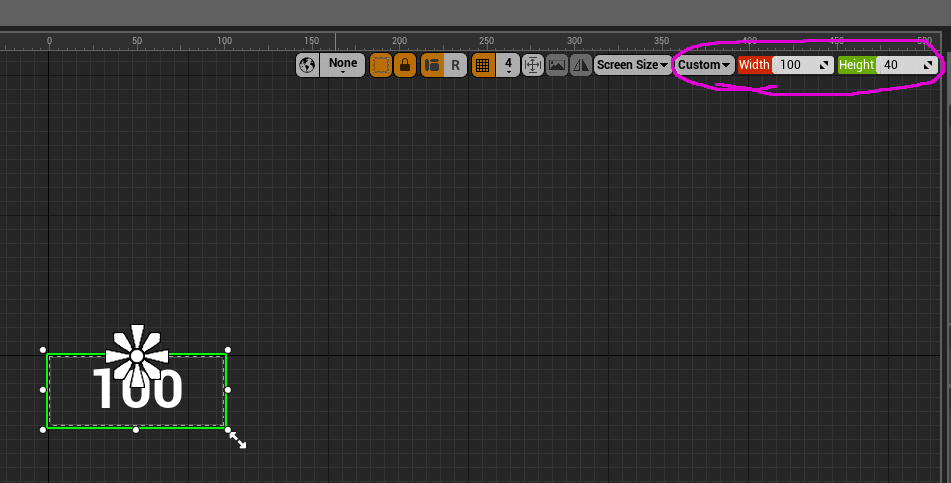 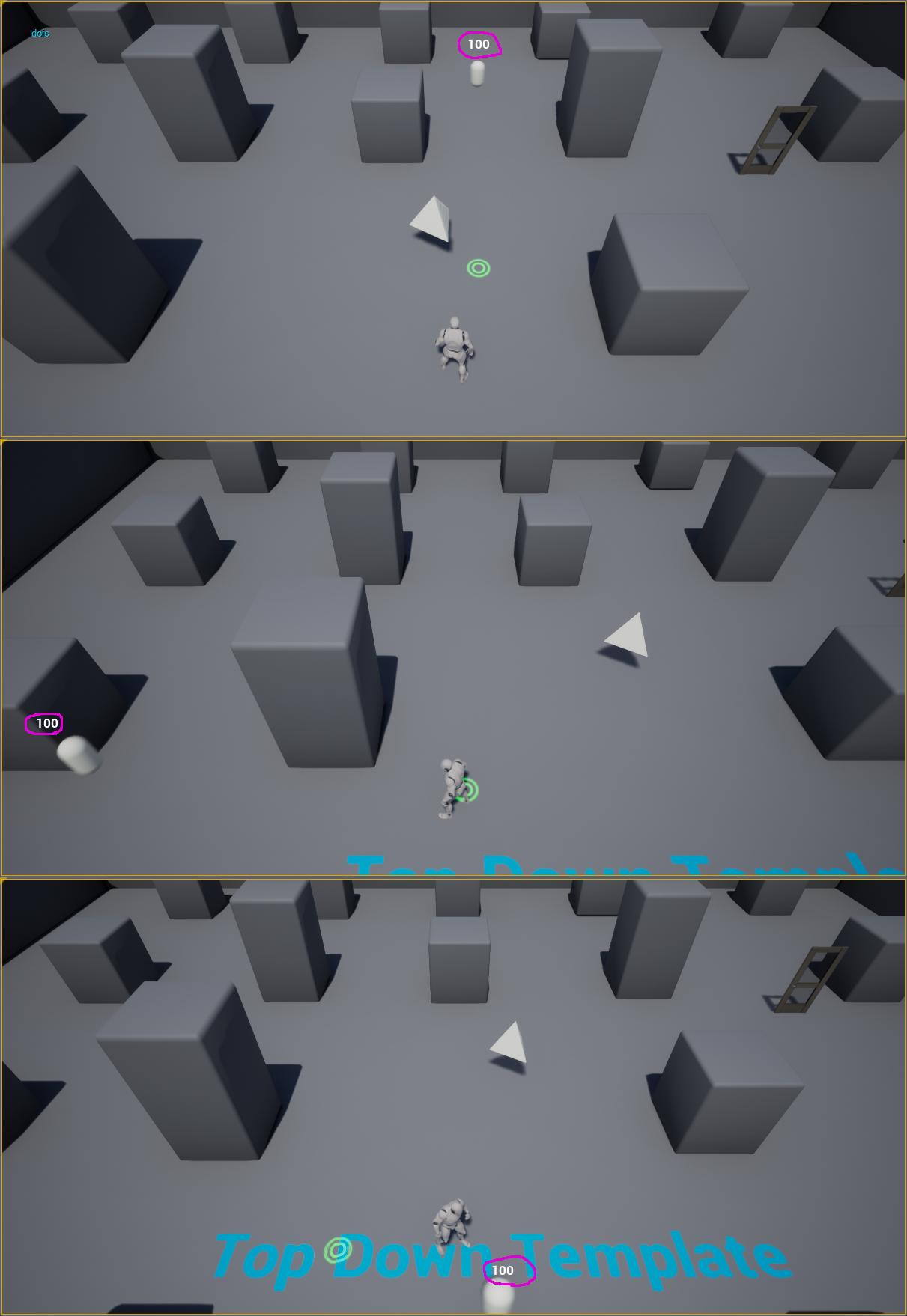 Most simple algorithm for understanding is just get ForwardVector, then multiply it my -1.0f and convert to Rotator. In C++ it's like FRotator NeedRotator = (Camera->GetActorForwardVector() * -1.0f).Rotation();

Not the answer you're looking for? Browse other questions tagged camera rotation unreal-4 text blueprints .

0
How can I find the opposite angle and position of the camera?
0
How to change the value of variable from actor Y by the blueprint of actor X?
0
Actor does not perform action when spawned?
0
How to call an event of level blueprint from NPC blueprint?
0
Where is the part of the code of the mouse click in the TopDownCharacter blueprint?
1
How to decrease the size of a distance?
0
How to improve the look/aspect/resolution of a Text Render in my game?
1
Problem making shooting follows an actor/object