I'm developing a (mobile) game that makes use of particle systems to display blood splashing. The particles are - like most assets (characters and whatnot) - world based which means there are different looking and behaving assets.

I use Assetbundles in order to keep the app's download size low, but the one's this question is about come shipped with the app so they're on the system after download and install.

There are two problems

When I build the Assetbundles and use them in production, there seems to be a problem with the shading. The particles are not in transparent/cutoff mode and are displayed darker than usual.

Regarding the rendering order, I know there's a render feature 'sorting order' which I make use of. I have set it to a somewhat high value (higher than all my other objects) and it's still not being rendered in front of them.

For reference I've included pictures of my setups and outcomes.

This is how the particle system's assigned material appears when testing without assetbundle:

This is how the material appears when being loaded from the assetbundle:

There are two materials, but except for the sprite they share the same settings 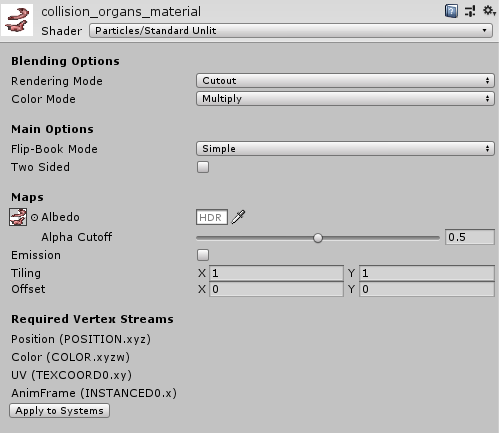 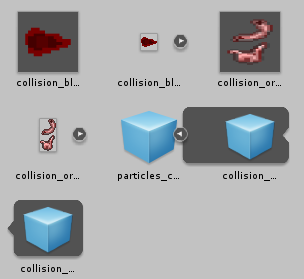 When testing the particles without assetbundles (plain prefab, test build) it looks like this: 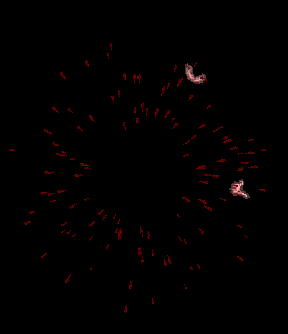 But when built using an assetbundle, it looks like this (notice the difference in shade as well as the lack of transparency): 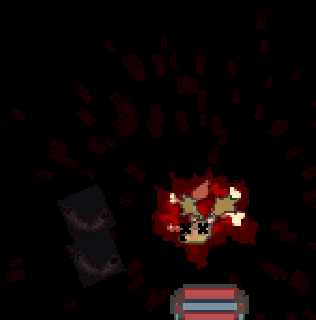 Also, the particles are not rendered in front of other objects despite the sorting order settings: 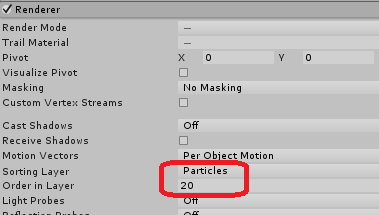 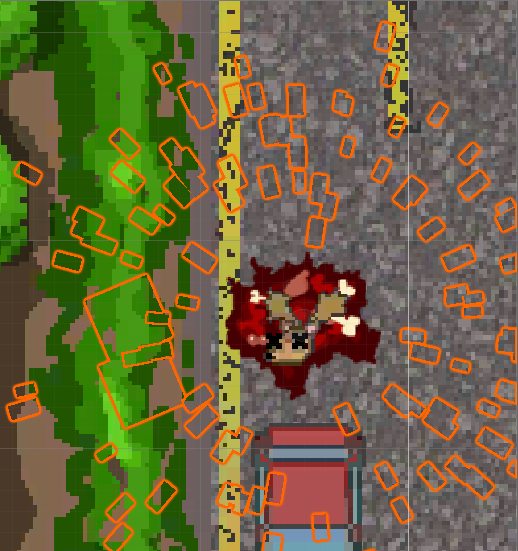 Browse other questions tagged unity particles shading assetbundle or ask your own question.