I experienced this weird lightmapping bug in my game that causes some models to have glowing artifacts on their surface. These artifacts "move" around, when I edit the UVs of the model in Blender, so I assume that it has something to do with them. I took a few screenshots to hopefully clarify the issue.

If you need any other screenshots or something, let me know. Thank you in advance! 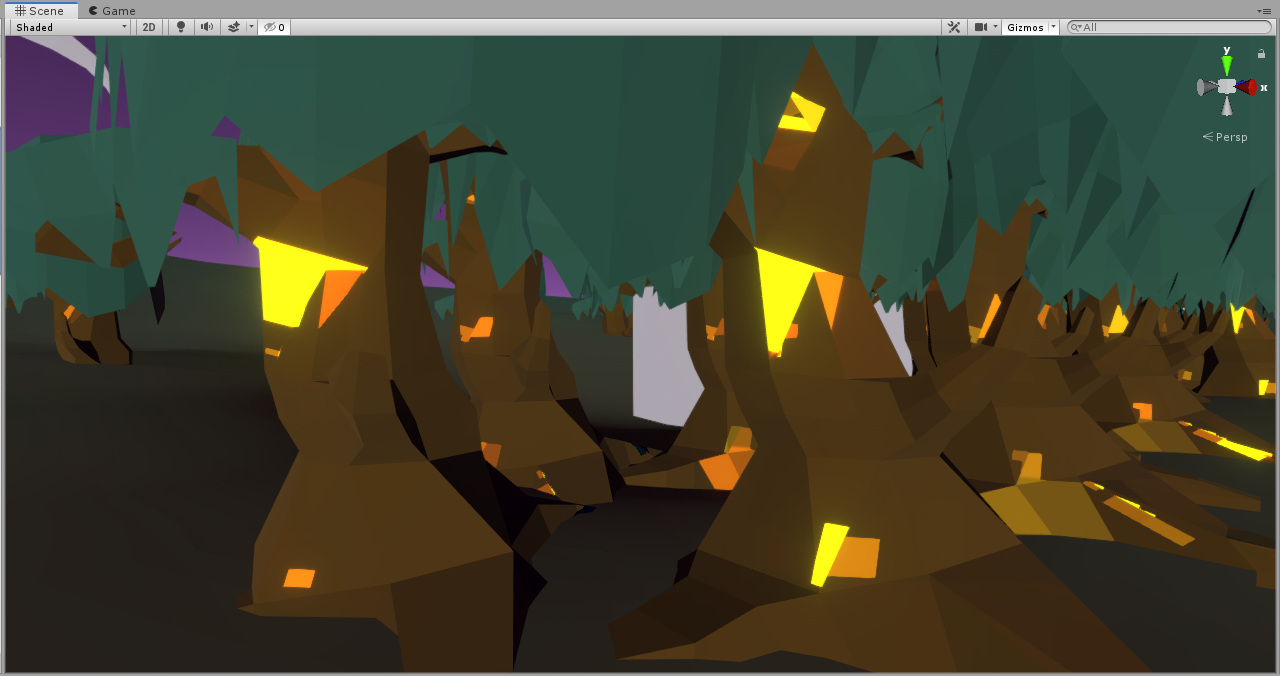 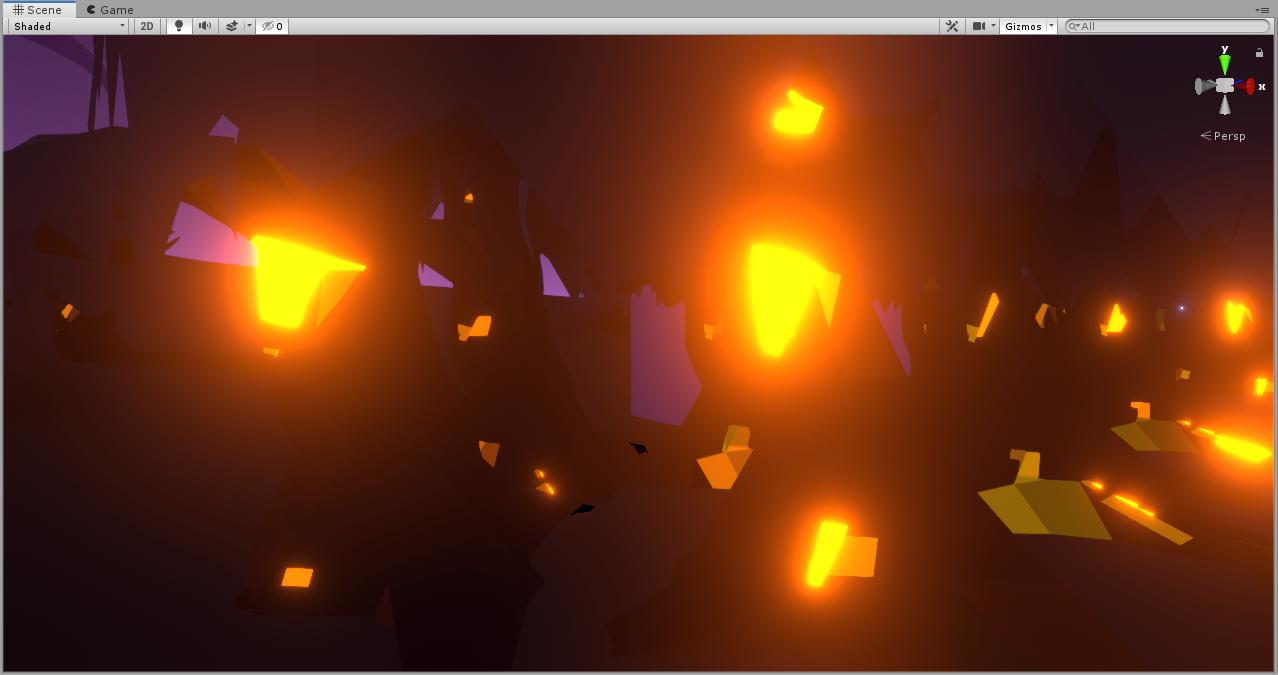 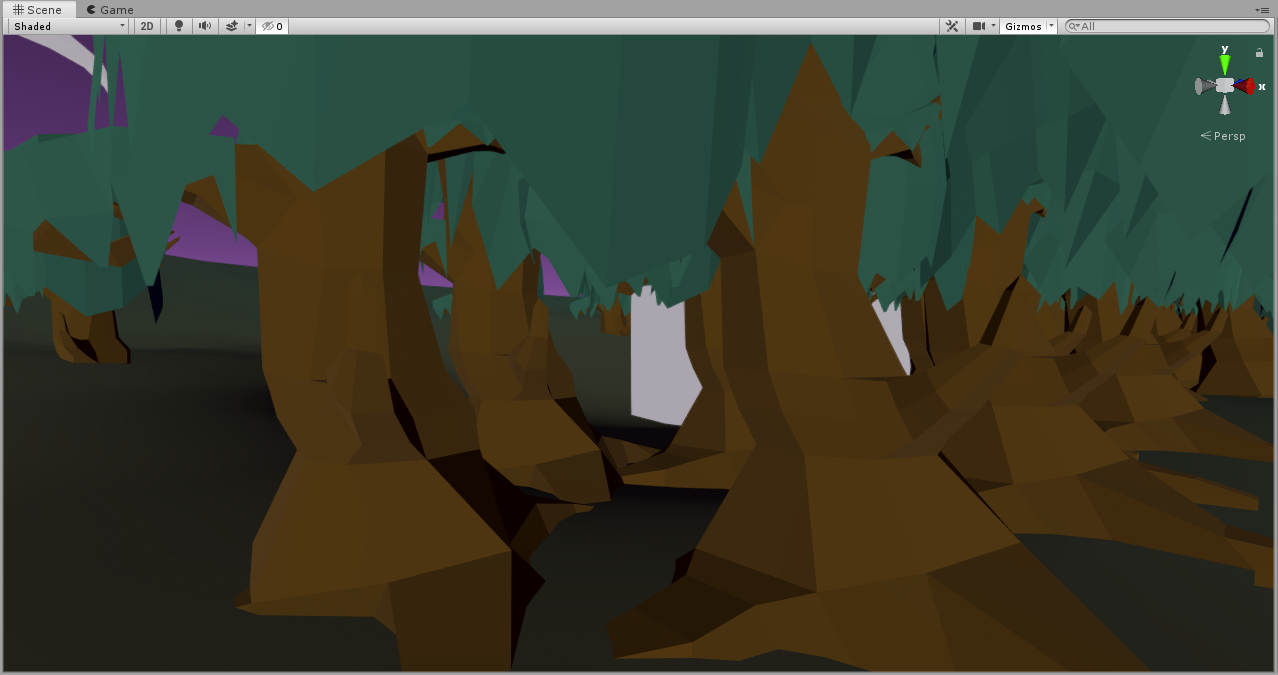 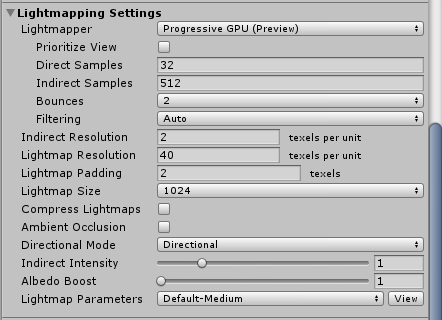 Tree model in Blender with UVs: 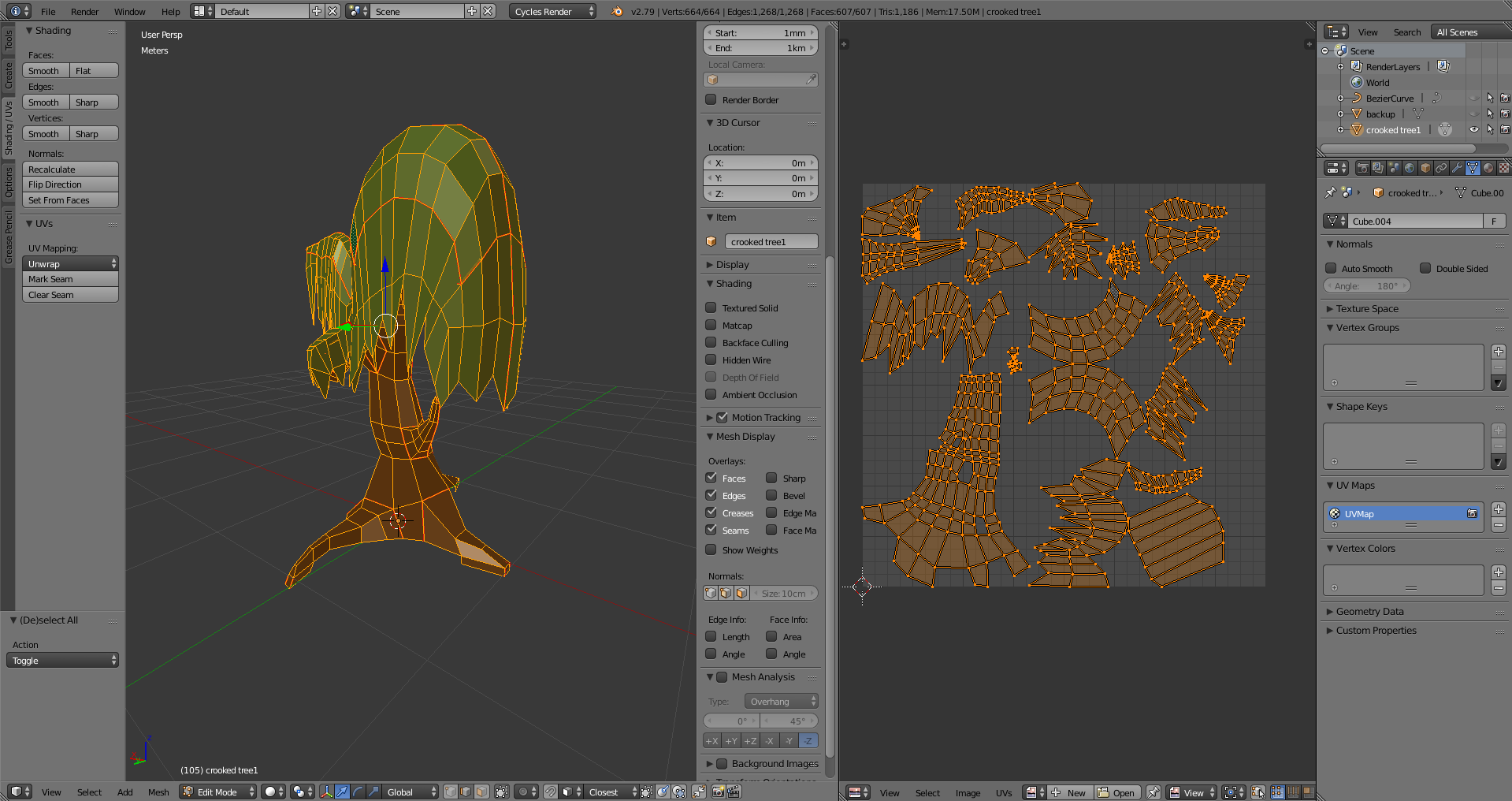 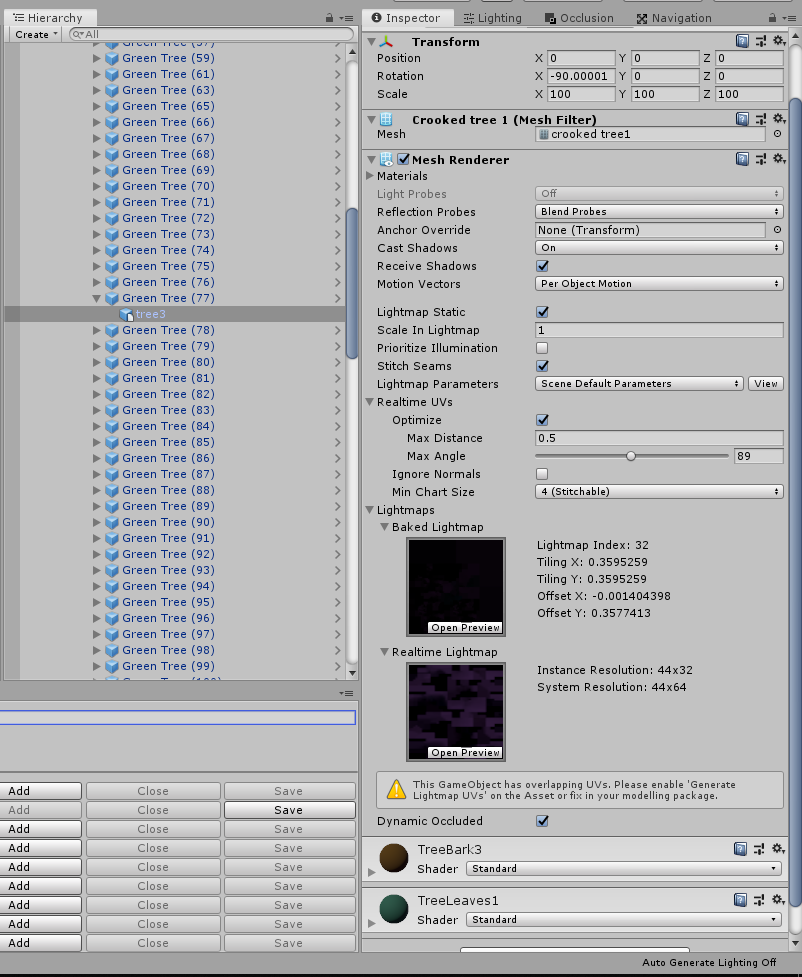 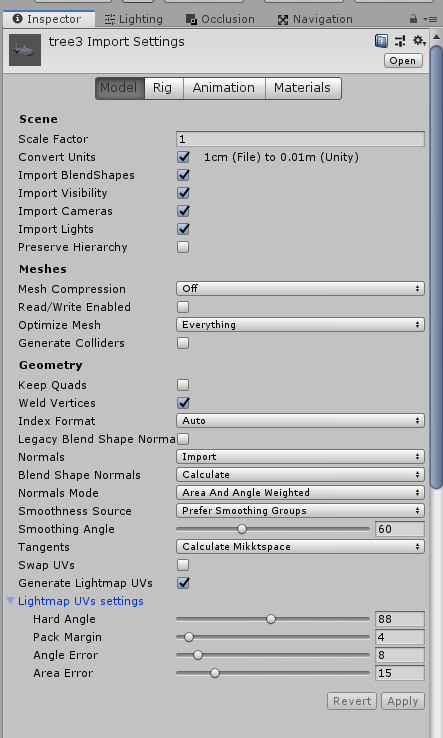 You have a warning in the next-to-last screenshot which says "This GameObject has overlapping UVs". I also see that you've tried the suggested fix - to check "Generate Lightmap UVs" - but often this, in itself, is not enough to fix overlap because Unity's lightmap generation is not great.

To see if UV overlap is indeed the problem in this case, it may help to turn on the "UV overlap" view mode in the inspector window. This will show you the areas in which the lightmap is erroneously mapping lit areas to dark ones. Here's a video that shows how to do this (from this forum thread which may also be helpful):

If you find that you have some overlap, try playing with the lightmap generation settings in your last screenshot, as well as your lightmap resolution settings in your scene Lighting settings, until that warning goes away. I'd start by increasing "Pack Margin", although increasing this too much will deteriorate the quality of your lightmaps as you have a limited resolution to work with.

You could also try unchecking that option, adding a UV channel in Blender and manually UV-unwrapping your model. Unity uses UV channel 2 for lightmaps, and Blender should automatically export the additional UV map as UV channel 2. (UV channel 1 is what you generally use for texture mapping, and it looks like that's what you're using in your fourth screenshot).

Not the answer you're looking for? Browse other questions tagged unity blender uv-mapping lightmap .

8
How do I fix this weird lighting problem?
2
Unity - Loss of detailed shadows and shading marks on texture seams appearing after lightmap baking
3
Stretched textures in Blender
1
Strange patterns on models with Unity Lightmap
2
How can I make tree foliage work with baked lighting?
1
Combining multiple diffuse textures into one leaves strange distortions?