How to change music from room to room?

In Unity 2019.3.0a2 I have a labyrinth with multiple rooms. I want the music to change when I get from one room into another. How can I do it so that music from room 1 is only hearable in room 1, and so on..? 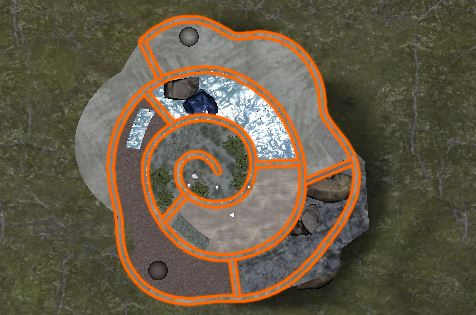 If you want to play non-diegetic music (background music which just plays without a positional source), then a simple solution is to add the audio source which plays that music directly to the camera.

Now when the player enters a collider, you can just change the audio clip played by that audio source. In order to do that:

Now this is a very basic solution which immediately switches from one music to another. A better solution might be to fade from one music to another by gradually reducing the volume while the old music is still playing and then switching to the new music. This could be done with a coroutine or by going through the audio mixer which has the ability to transition between two setting snapshots. This requires two audio sources attached to different mixer groups: One for the old music and one for the new one.

Not the answer you're looking for? Browse other questions tagged unity audio music collider or ask your own question.

6
How can I embed music in my XNA .exe?
3
How do music and ambient sound influence gameplay flow?
3
How can I make my program load music from files?
2
Buying music from an independent artist
2
Room generation with external walls and doors
1
Room lighting in Unity
0
How to Stop Background Music When The Game is Over?