Ask Question
Asked 2 years, 8 months ago
Active 2 years, 4 months ago
Viewed 4k times
13
\$\begingroup\$
Want to improve this post? Provide detailed answers to this question, including citations and an explanation of why your answer is correct. Answers without enough detail may be edited or deleted. 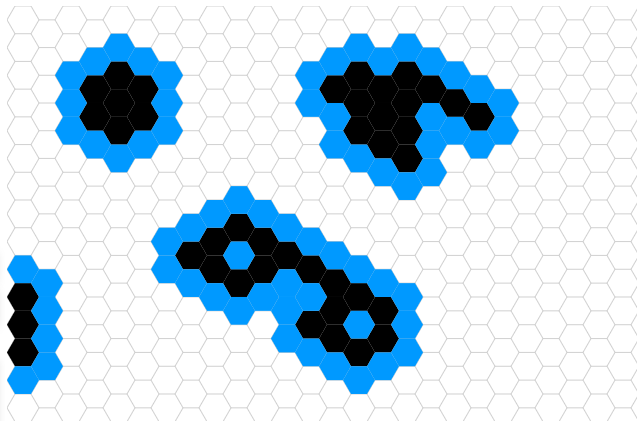 Not the answer you're looking for? Browse other questions tagged python maps hexagonal-grid graph .

8
How to draw the contour of a hexagon area, like in Civ 5

5
Drawing territories border in 2d map
0
How can you easily determine the textureRect for tiled maps in SFML 2.0?
1
Path-finding with obstacles that can be destroyed
5
How to vectorize a raster image edges into SVG paths?
11
Determine if a set of tiles on a grid forms an enclosed shape
2
Hexagonal Game Board Modal?
0
Getting neighbors of hex tiles in 3D space
2
Multilevel 2D grid graph and A*
3
How do I sort edge tiles for a hex grid in order to draw a border?