Unreal 4 why does reducing scalability take so long to compile?

I have almost nothing in my scene--in fact, I reduced my scalability settings from "High" to "Medium" before even loading my level layout--and doing this has crashed the program multiple times. It didn't crash this time, but it is telling me it is compiling over 5000 shaders (!) and my objects' materials are not showing up in the viewport.

1) that is a ton of shaders, what shaders are these? I only made like 8 shaders.

2) What is making this take so long? it is taking forever, over 10 minutes already. 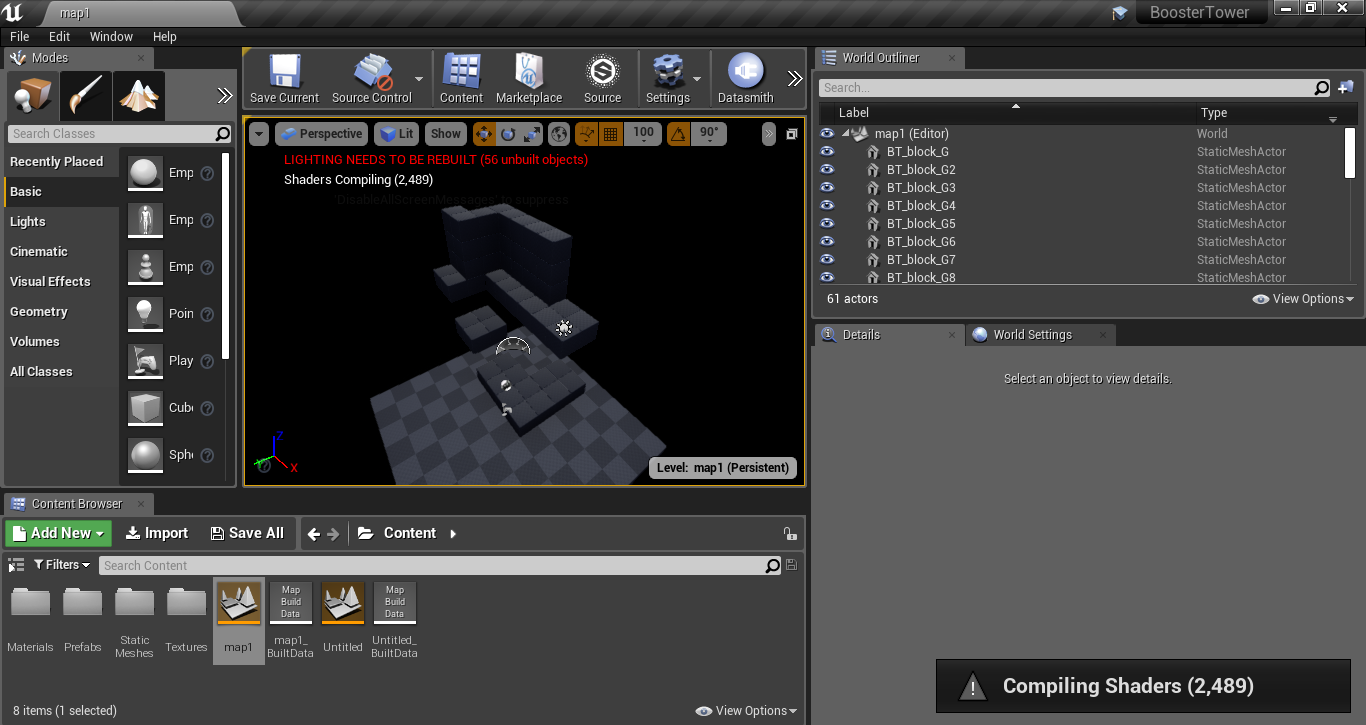 I wish I could have just made one comment, but I found it useful to bring some pictures.

I have tested and modified all scalability reference items (https://docs.unrealengine.com/en-us/Engine/Performance/Scalability/ScalabilityReference) separately and together, but I did not get the result I had and what you are getting now.

First person shooter project, blueprint of character (this was the project I had this same "problem" that you, when I was following this tutorial => https://www.youtube.com/watch?v=2sMwmEE3MuM&):

If I am not mistaken, it was when I activated this command for the first time (modifying all the options) that there was the delay, just like yours.

Opening the project again, the moment I was modifying each option individually, the option below gave me a delay of 5 seconds, where the message "compiling shadows" appeared the moment I released the Q key: 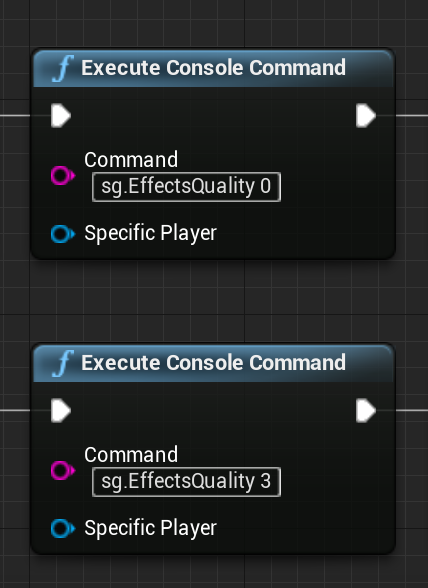 But only the first time, I tested again and it was immediate conversion, so...

I recommend not to take my answer as definitive, because when modifying only the effects option (in the individual tests), I had a delay of about 5 seconds in which the message "compiling shadows" appeared. And even after modifying everything, there was no further delay. That is, Unreal together with the computer must previously save data of these graphic changes, because there are changes, there is always this delay, but only the first time. For example, cache, temporary files.

My answer will only make sense, if and only if, you make those changes again and it does not take that long, but if you create a new project and do the conversion again, you have the delay. For then there will be a pattern in behavior.

Not the answer you're looking for? Browse other questions tagged shaders unreal-4 unreal settings or ask your own question.

4
Do I have to compile Unreal 4's source myself in order to make games with it?
6
What type of networking archtitecture does Unreal Engine 4 have?
1
Why does compiling Unreal Engine fail in Xcode on OS X?
0
Why does iOS packaging fail when I activate Apple ARKit plugins in Unreal Engine?