I'm writing a 2D game where the player has to kill a Ninja. This Ninja is coming closer with a constant speed chasing the player. The Map has some static obstacles like stones no one can pass. The player can move too and has different types of weapons to damage the Ninja in different ways:

I want the Ninja to dodge those Weapons the best he can, he is allowed to take some damage, the least is preferred.

I now have different ideas how to achieve that:

Do you have any other ideas how to achieve some good doing for the poor Ninja?

(NINJAS USUALLY DODGE EVERYTHING... That's why I also plan to give the Ninja a Ninja-Roll feature he can use every 10s to dash on some position if he can't dodge something)

Representation of the raw map (little dots are 40px) 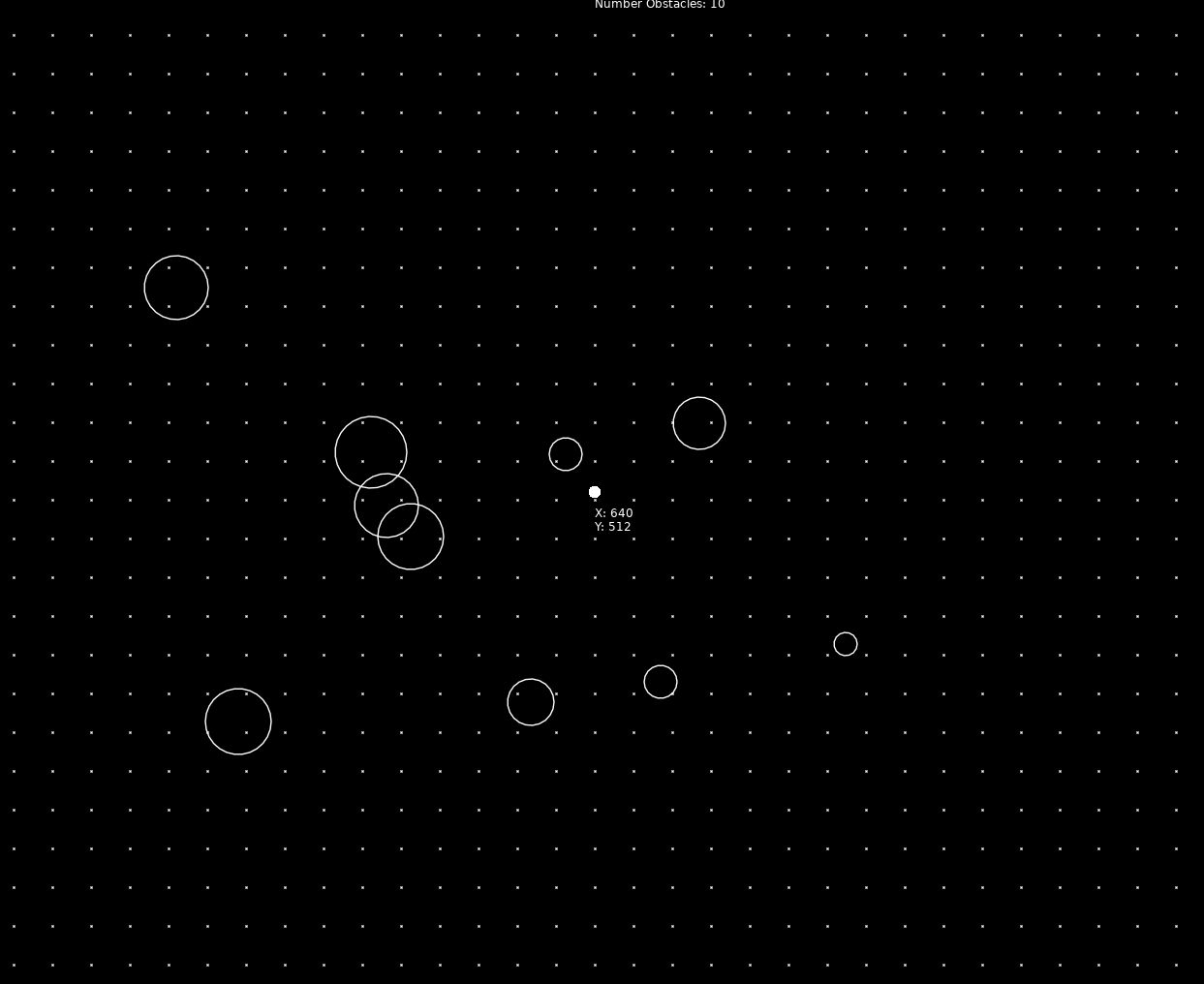 A* Pathfinding with time dimension and a 5px-Grid

Edit #2: Both are not what im looking for, i will try to optimize A*

Using A* with time dimension. Creating the obstacle paths just one time, on cast. Then i simply do A* and on neighbor check i check for the time the spot would have as well, if a spot is blocked, ignore it.

Not the answer you're looking for? Browse other questions tagged collision-detection path-finding steering-behaviors collision-avoidance collision-prediction or ask your own question.