I want to remake a "portal" that I've seen in RE4. It looks like this: 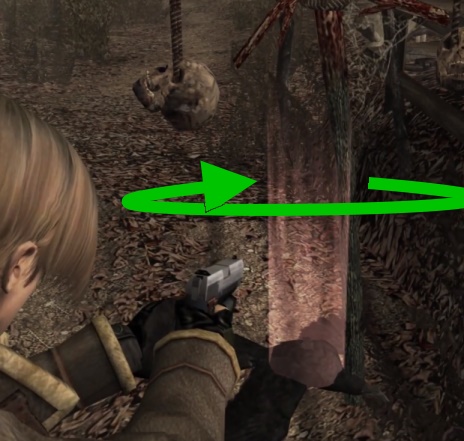 I have observed it, and to me, it looks just like a texture rotating on a cylinder.

To remake this, I thought that I should use a Particle System.

First question: Is that a good choice?

In my particle system, I'm using this texture: 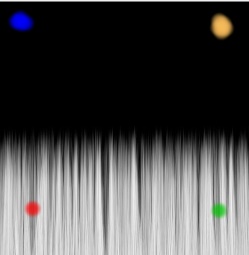 I have then set the following settings:

It does rotate on the cylinder as expected, but the texture is really strange. I have no idea in which way it's being used. Therefore I have added the red, blue, green and yellow dots.

As on can see, the spikes come from above as well instead of only from below. Also, there's a "gap" in that circle: 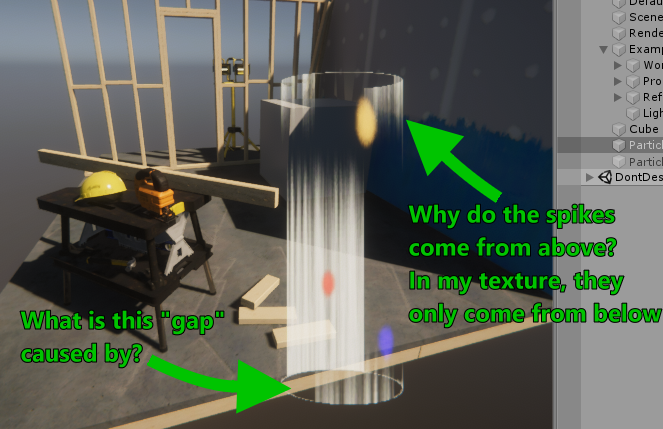 I thought that it was perhaps caused by the texture tiling, so I played around with that. It didn't really help. Here is a video of my desperate attempt.

Can anybody tell me which pitfall I have stumbled over?

Edit: This is what the cylinder unwrap looks like. I just used Smart UV Project in Blender:

Browse other questions tagged unity or ask your own question.

7
How can I prevent seams from showing up on objects using lower mipmap levels?
9
How to create high quality and fast portal effect?
2
Unity LineRenderer custom reapeted Texture with margin
2
Unity doesn't change particle color when render is set to mesh? (Probably a bug)
2
How to UV map a procedural cylinder mesh? (Unity)
0
Comparing performance