How to change the KEYSTORE securely?

I'm wanting to release a free version of an app to which I've already made a paid version.

I simply copied the project to another folder:

The project is initially the same as the paid application when finalized. I want to simply delete a few phases and put a link that takes the application paid in the Google Store (this I know how to do);

Turns out there is something called a keystore. 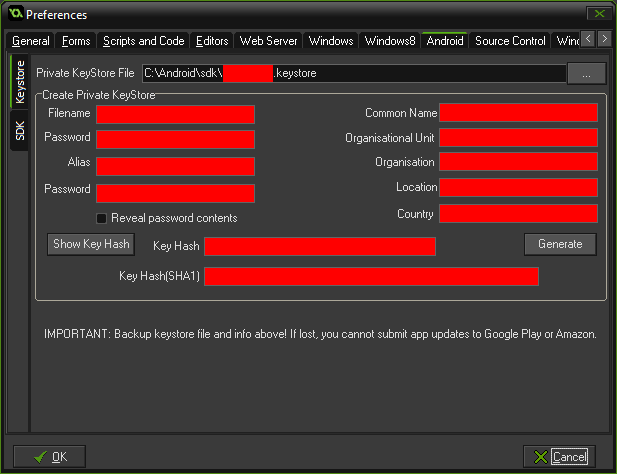 I would like to know if only thing I have to do is create a file.keystore in the directory with different name, rename the Filename (before Password) and click the generate button (below Country).

OBS - Obviously I will make a backup copy of the paid version file.keystore.

Then I clicked on button generate.

The program has created a new key in a different location than where I put the keys.

Just copy or move the key to the place of your choice.

Be very careful not to create a new key without having made a copy of the previous one. Otherwise, you may be unable to update your game in the Play Store.

Not the answer you're looking for? Browse other questions tagged android game-maker version-control or ask your own question.