I'm encountering an issue with my character collider behavior. I have several elements that are relevant to this issue:

This method works fine in my scene for multiple platforms. When the player lands on them, the OnCollisionEnter works, and when they are dragged off of them (in editor, no movement implemented yet), the OnCollisionExit works, and they start falling again (until they land and the collision enter triggers).

However, all those platforms which work are all either flat or sloped at a very slight angle. I am testing platforms at steeper angles, and find that at slopes of 30 degrees or higher, the player colliding with them causes both OnCollisionEnter and OnCollisionExit to be called every frame. This causes such a serious performance hit that it has even nearly crashed my computer in one instance (and my computer is able to run VR games, so it is hardly lacking in power!). I do not understand why it happens, as the object is clearly colliding with the slope, and as far as I can see, the object is not continuing to move after the initial collision (or at least the position values are not changing for the object). I thought it might be due to the object's orientation or due to the shape of the collider, but changing these variables did not have an effect on the problem. 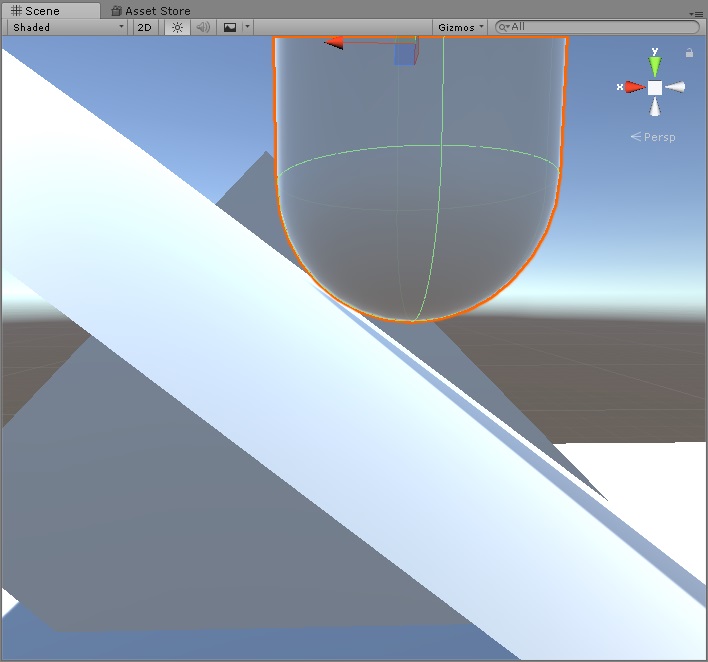 It looks like the capsule is also never exactly hitting the ground, rather it is floating slightly above it. When I move the capsule to be inside of the platform, the error stops. The collider is the same size as the mesh, so I don't know why it is "colliding" before actually making contact. Is there something I can do to fix this problem? Reducing the collider size doesn't help either.

Can anyone offer insights as to why this problem is occurring, and tell me how I can fix it? Thank you for reading.

Browse other questions tagged unity collision-detection rigidbody or ask your own question.

0
OnCollisionEnter is called over and over again
3
Why does my capsule collider fall without my object (Unity)?
1
OnCollisionEnter only triggering if colliding object starts inside collider
0
A trigger collider in Unity doesn't allow the player to pass through
0
I can't find a way to make my projectile gameobject collide with my ofscreen collider
0
Unity 3D move kinematic rigidbody