I'm new to the tilemap feature of Unity, and I'm having a hard time with all those coords.

I created a new project, added an isometric tilemap and left all values to their default. In the Unity Editor (and in-game at runtime as well), the coordinates of the cells are like this: 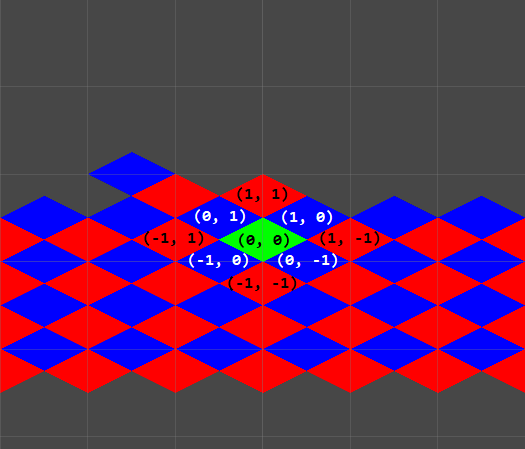 This is pretty disturbing to me and it will be to most players (not programmers) too I guess. 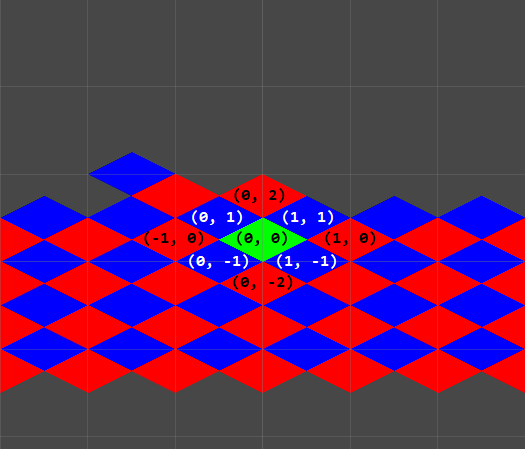 However, I can't figure out how to do the transformation.

But this calculation gives weird results, not what I expect at all.

The coordinate system you've chosen is not a Cartesian plane. The axis x=0 forms a zig-zag instead of a straight vertical line, because you've shifted the start point of alternating rows.

Not the answer you're looking for? Browse other questions tagged unity 2d tilemap isometric or ask your own question.

3
How can I cull non-visible isometric tiles?
3
Calculating the number of tiles shown on an isometric map
0
Why does my isometric rendering technique leave large gaps between tiles?
2
Project rotated matrix to isometric coordinate
1
Getting center cell of Unity3D's isometric Tilemap, the resulting position offsetted by a distance?
2
Tile Palette problem in Unity